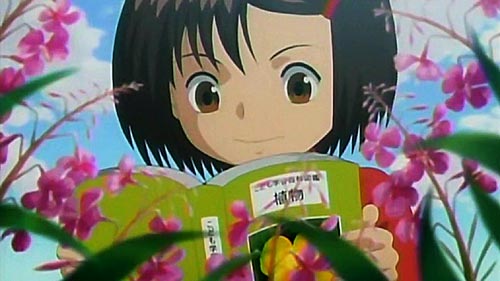 At the center of Mokke is a pair of sisters. The older one, Shizuru, sees “things a normal human can’t see,” and the younger one, Mizuki, is susceptible to possession by those things. For reasons that will probably be explained later in the series, they left their parents to start a new life with their grandparents in rural Japan. Their grandfather is knowlegeable about those things that Shizuru sees, and he sternly lectures her on what she needs to do to protect Mizuki.

Mokke is a show of modest virtues. It’s a rather cheap-looking production, but there’s otherwise nothing really wrong with it, and I expect that it will be a tolerable kid’s show. The characters are non-neurotic and likeable and the premise has possibilities. Although it looks to be a series of horror stories, it’s not so intense as to give children nightmares (if the first episode is representative).

Shizuru and her impulsive little sister remind me of Yasako and Kyoko from Denno Coil, and the monster in the first episode initially resembles the “illegal” from the first episodes of DC. Shizuru’s ability to see the unseen also suggests parallels to Mushishi. And that is the problem with Mokke. Denno Coil and Mushishi are possibly the two best series since Haibane Renmei. Mokke isn’t bad, but it withers in comparison.

One point in Mokke’s favor: the artists actually know something about botany. The flowers in the picture of Mizuki above are clearly fireweed (Epilobium). During the episode, Mizuki searches for the “seven flowers of autumn,” and they’re recognizably drawn (though I’d quibble with one of the identifications). 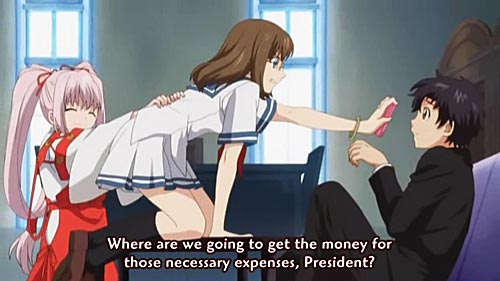 I’ll give Rental Magica another chance before I abandon it. It’s about the dog-eat-dog (or monster-eat-monster) world of the rent-a-mage business. This is anime, so most of the mages are high school students. The first half of the first episode introduces a large cast of characters, none of them memorable. There’s a lot of action, but nothing really interesting happens.

In the second half, however, there is a story worth telling about a girl whose grandfather disappeared. If subsequent episodes concentrate on storytelling rather than action and seifuku, this could be a good show.

Shinsen Subs deserves special recognition for annotations beyond the call of duty, or tact. 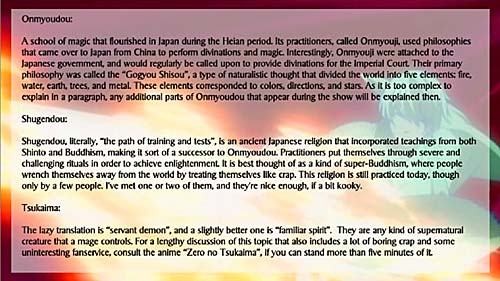 This is a proper flying broom: 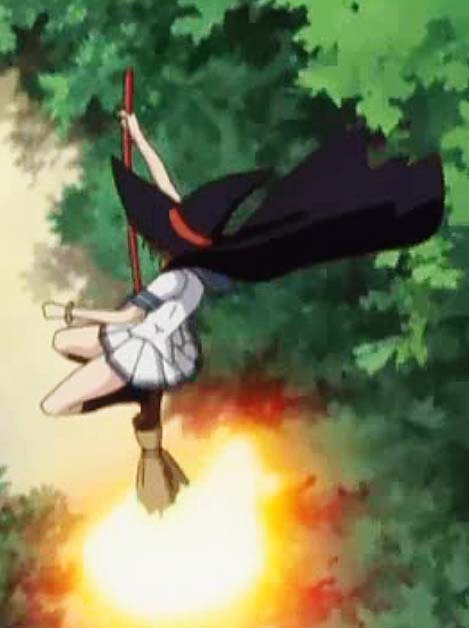 Maybe Ghost Hound will be good. There’s also a show about kawaii bacteria. And that’s about all that looks intereresting this fall.

My interest in watching any version of Gundam is precisely zero. Nevertheless, the most recent iteration provided the occasion for an interesting thread at Chizumatic.