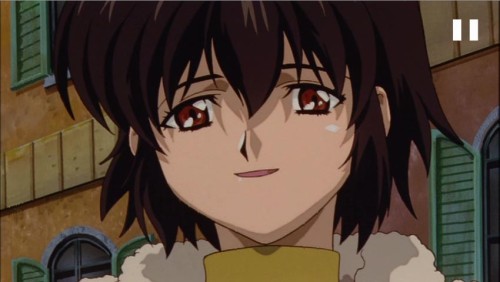 Actually, we do see Kirika smile — rarely — during Noir. This screen capture is from episode six, “Lost Kitten.” 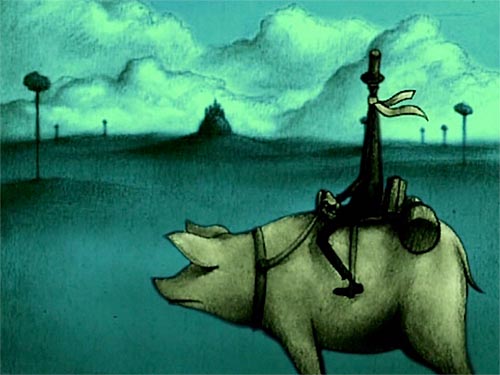 Some time back Wabi Sabi mentioned The Diary of Tortov Roddle. I recently came across a torrent. It’s an odd little series, consisting of nine short episodes. Seven concern Tortov Roddle, an etiolated traveler with a stovepipe hat exploring the northern plains. These are brief, surrealistic stores told without dialogue. In the first episode, for instance, Roddle sees a town on a hill and hopes to find an inn there. However, it turns out that the town is on the back of a gigantic frog, which leaves the hill for a lake populated by other frogs with towns on their backs. The penultimate episode, “Fantasy,” is a collection of brief vignettes too slight to summarize. The last is “The Apple Incident,” in which giant apples fall from the sky.

Rather than try to explicate the imagery, I’ll just post some screen captures below the fold.