More than you really wanted to know:

Lawful Good Elf Bard Ranger
Alignment: Lawful Good characters are the epitome of all that is just and good. They believe in order and governments that work for the benefit of all, and generally do not mind doing direct work to further their beliefs.
Race: Elves are the eldest of all races, although they are generally a bit smaller than humans. They are generally well-cultured, artistic, easy-going, and because of their long lives, unconcerned with day-to-day activities that other races frequently concern themselves with. Elves are, effectively, immortal, although they can be killed. After a thousand years or so, they simply pass on to the next plane of existance.
Primary Class: Bards are the entertainers. They sing, dance, and play instruments to make other people happy, and, frequently, make money. They also tend to dabble in magic a bit.
Secondary Class: Rangers are the defenders of nature and the elements. They are in tune with the Earth, and work to keep it safe and healthy.
Deity: Oghma is the Neutral Good god of knowledge and invention. He is also known as the Binder of What is Known, and is the Patron of Bards. His followers believe that knowledge reigns supreme, and is the basis for everything else that is done. They wear white shirts and pants, with a black and gold braided vest, and a small, box-like hat. All priests of Oghma are known as Loremasters. Oghma’s symbol is a scroll.
From “What D&D Character Are You?” (no longer online), courtesy of “NeppyMan.” 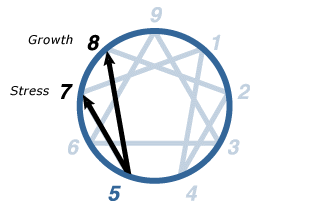 Discoverer
Your distinct personality, The Discoverer, might be found in most of the thriving kingdoms of the time. Your overriding goal is to go where no one else has ever gone before. Regardless of the number of available natural problems to be solved, it is not unusual for you to continually challenge yourself with new situations or obstacles that you have created. You are an insatiable explorer of people, places, things and ideas. You thrive on constant change and anything new or different. On the positive side, you can be creatively rational as well as open minded and just. On the negative side, you might be an impractical and indecisive procrastinator. Interestingly, your preference is just as applicable in today’s corporate kingdoms.

Result: 35. Your score isn’t an achievement, it just is.

Psychologist Simon Baron-Cohen and his colleagues at Cambridge’s Autism Research Centre have created the Autism-Spectrum Quotient, or AQ, as a measure of the extent of autistic traits in adults. In the first major trial using the test, the average score in the control group was 16.4. Eighty percent of those diagnosed with autism or a related disorder scored 32 or higher. The test is not a means for making a diagnosis, however, and many who score above 32 and even meet the diagnostic criteria for mild autism or Asperger’s report no difficulty functioning in their everyday lives.
My test tracked 1 variable.
How you compared to other people your age and gender:
You scored higher than 99% on points.
The Asperger’s Syndrome Test, written by beachbummer.