I looked at random first episodes of the fall shows debuting on Crunchyroll. Overall it looks like another season for watching old favorites and working on my backlog, but a couple show promise. 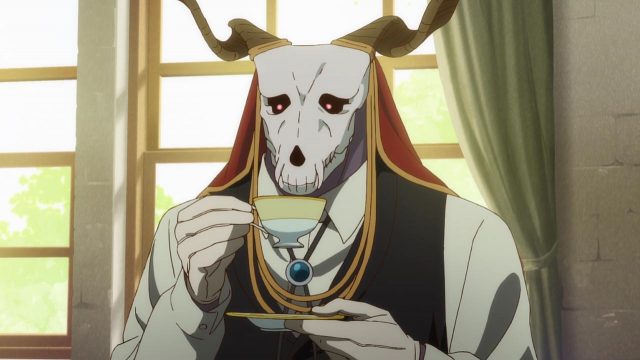 Easily the best is The Ancient Magus’ Bride. Chise, a girl without a family who sees yokai, lives with a sorcerer in the English (I think) countryside. Her guardian/owner/future husband has an animal skull for a head, but he seems to be a decent, caring fellow who enjoys a cup of tea. At various times I was remineded of Spirited Away, Natsume Yuujin-cho, Diana Wynne Jones, Neil Gaiman and The Twelve Kingdoms. It’s worth checking out if any of these names mean something to you.

Unfortunately, The Ancient Magus’ Bride is an OVA rather than a regular series. There will be two more episodes released six months apart. If you want more, the manga might be worth tracking down.

Izetta: The Last Witch is yet another alternate history of WWII. This time, the principal characters are a strong-willed and capable princess from a small country in central Europe, and a “white witch” with red hair. What particularly interested me was the music. One scene is set at a performance of The Magic Flute, and we hear parts of both of the Queen of Night’s arias. It’s probably too much to hope for more Mozart in future episodes, but I’ll likely will watch another episode or two to see how the story develops. The ending art hints that there will be yuri; if that happens, I’ll drop the show.

Other shows I sampled:

Nyanbo! features CG cardboard cats doing cardboard cat things during its brief episodes. A character I would rather watch appears momentarily at the end.

Kaiju Girls is a sort of mahou shoujo parody with very short episodes, except that the chibi girls transform into chibi monsters. It’s almost too light to call “fluff,” as is Ninja Girl and Samurai Master.

I watched five minutes of Tiger Mask. Ugh. The hell with it. 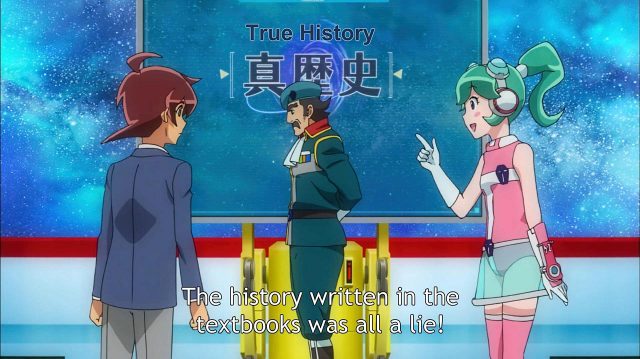 To my astonishment, I made it all the way through the first episode of the latest iteration of Time Bokan. It straddles the border of silly and stupid, but it might be tolerable for those who occasionally enjoy a little dumb humor.

Magical Girl Raising Project looks like an attempt to be another Madoka Magica, this time pitting the girls against each other in a battle royale. Without Shaft, Akiyuki Shinbo, Gen Urobuchi and Yuki Kajiura, though, it’s not likely to work. The black and white parti-colored mascot is probably a shout-out to Danganronpa, a show I have zero interest in. Ubu is watching it; I’ll check in a few weeks to see what he thinks of it. 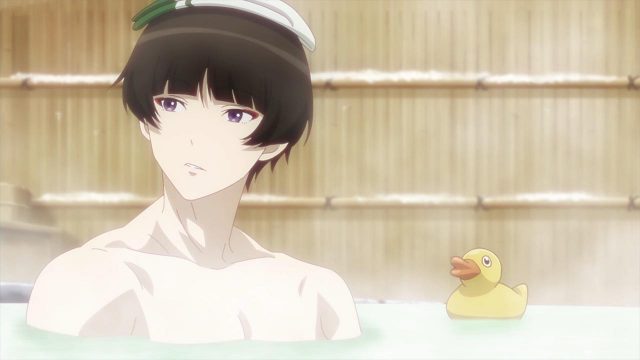 Magical Girl Raising Project is populated by girls. (People obsessed with “gender identity” will be pleased to learn that one of the girls is not a traditional female.) Touken Ranbu – Hanamaru is populated entirely by young men with pointy chins, many of whom also wear red eyeliner or dangly earrings. Gee, I never realized that swords are so effeminate. It’s not quite as bad as it sounds, and it’s rendered innocuous by horseplay and slapstick, but it’s not for me and probably not for you, either. 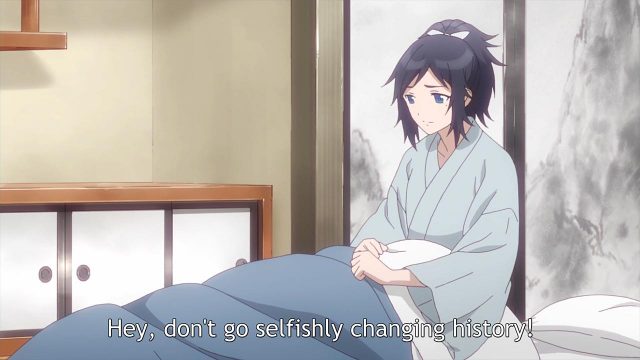 One curious note: both Time Bokan and Touken Ranbu – Hanamaru deal with historical revisionism. Neither do it as well as Peabody and Sherman. 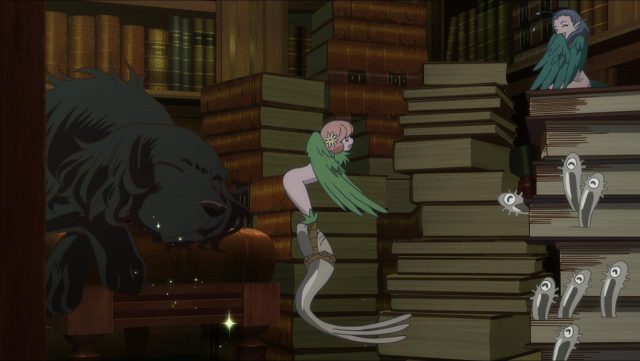 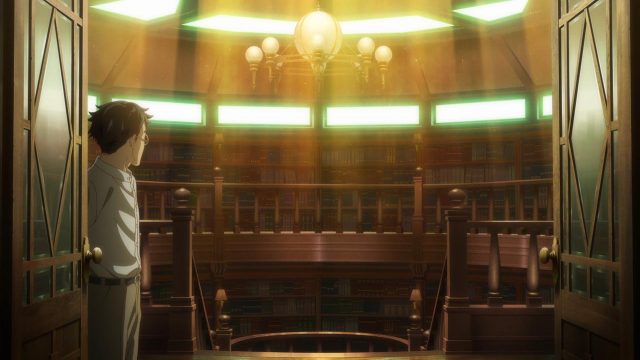 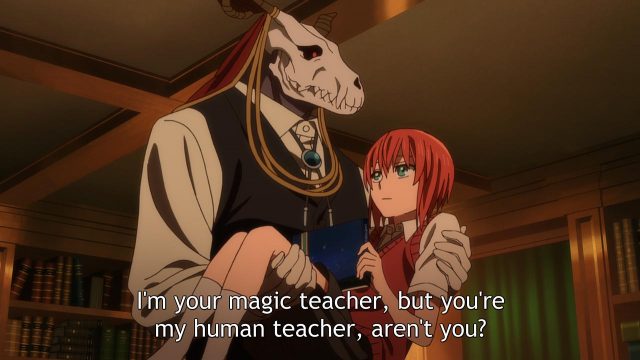 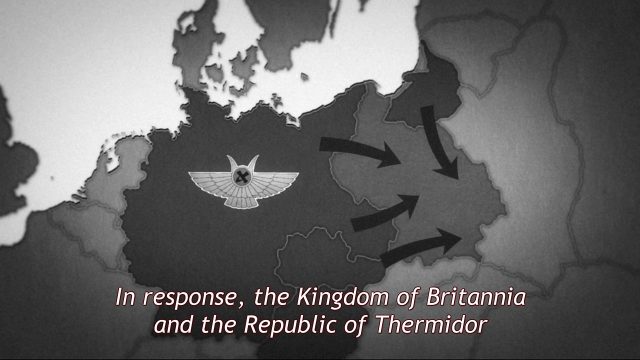 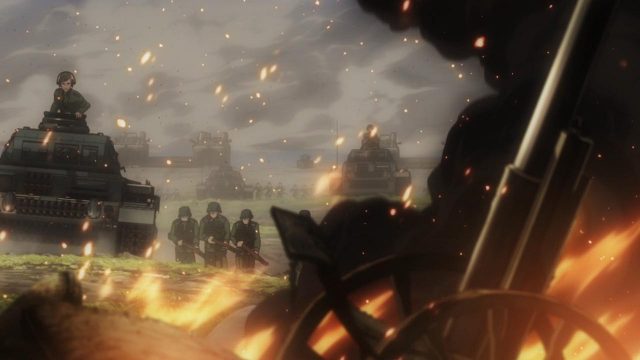 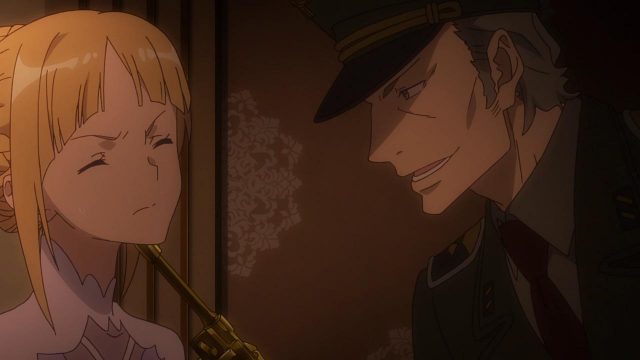 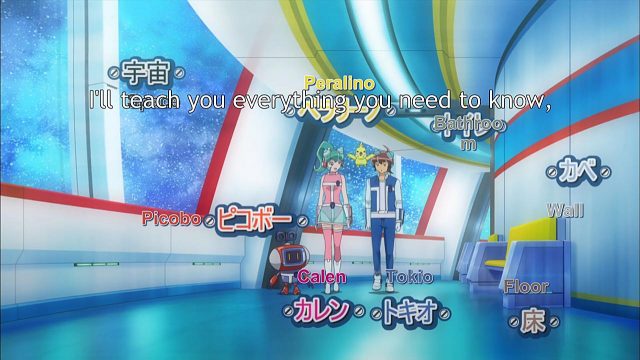 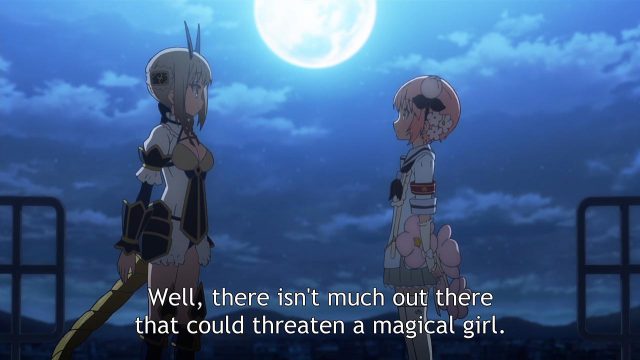 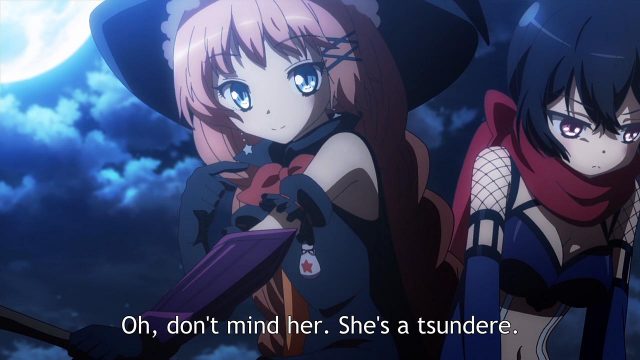 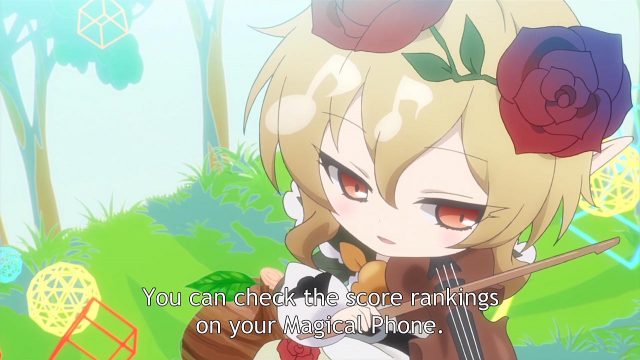 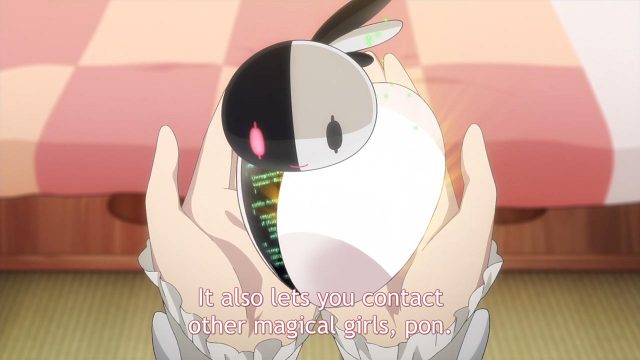 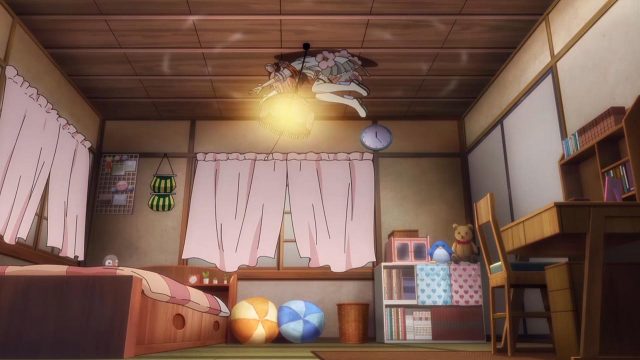 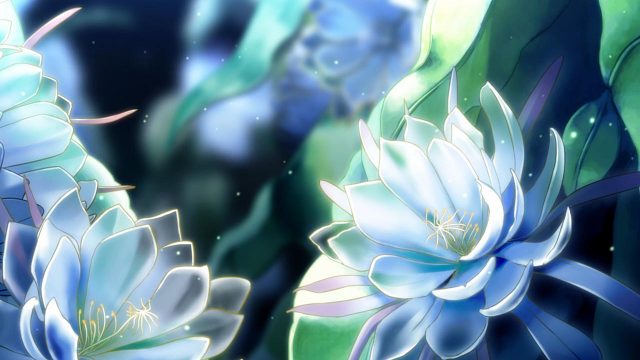 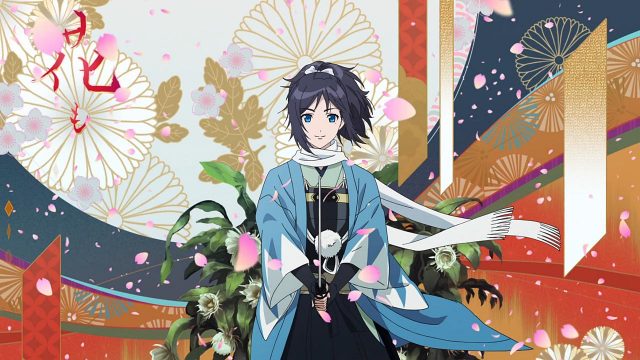 One thought on “First and last impressions”