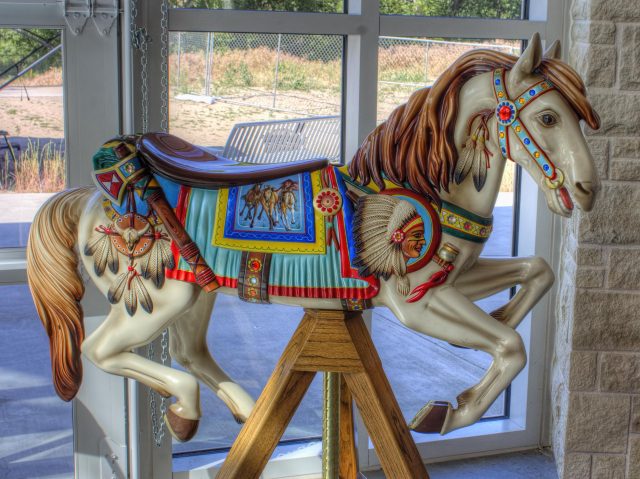 Back in ancient times there was an amusement park in the south end of Wichita called “Joyland,” with the usual roller-coaster and rides, cotton candy, snow-cones and noise. I recall it being moderately fun when I was an eighth-grader, but over the years it deteriorated and became a place where you didn’t want to be during the day, let alone the evening. Eventually Joyland was closed, and vandalized, and dismantled.

Several years ago, the botanical garden received the remains of the carousel. Restoring the carousel to working order was the excuse for a long-term fund-raiser at the garden. It’s supposed to be open to riders very soon, but there’s a hitch:

THE KHICHA FAMILY CAROUSEL WILL BE REOPENING.
A FEW THINGS YOU WILL NEED TO KNOW:
Half of the horses will be taken out.
There will be markings on the floor – 6 feet1 apart.
There will be longer times between rides
(an operator will be wiping down each horse).

I took a few pictures during a visit to the garden earlier this week. 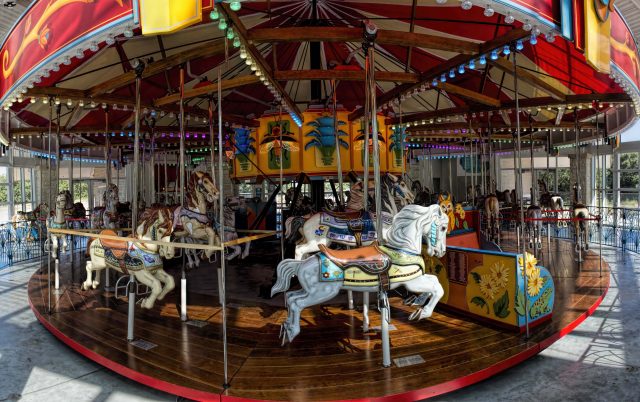 Like virtually every other institution in Wichita, it is partly funded by the Kochtopus. 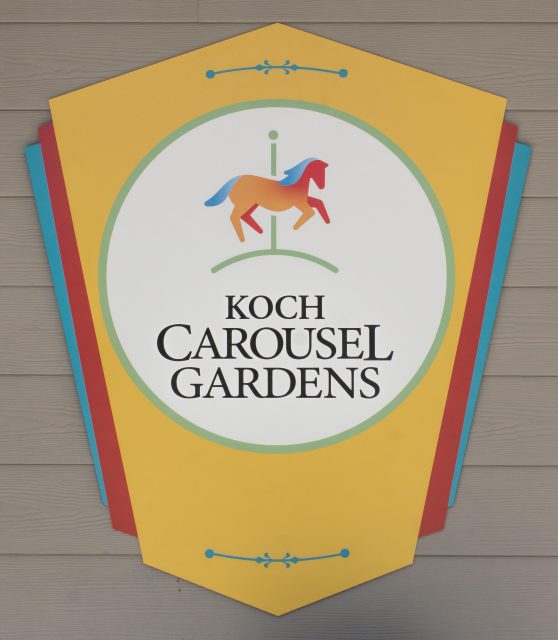