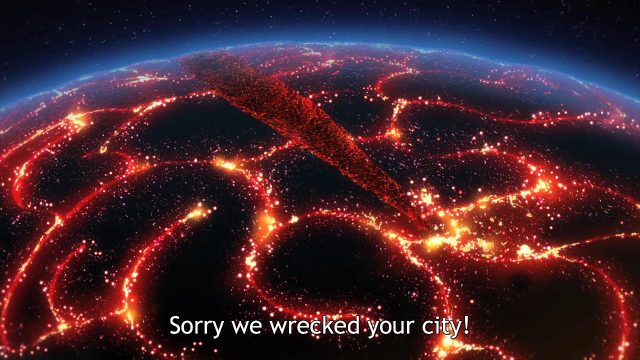 Flip Flappers is the most interesting series I’ve seen since Kill la Kill and Shin Sekai Yori, conceptually and artistically. Each episode is different from every other episode. Much of it is pure fun, with frequent shout-outs and parodies, but there are depths and eccentricities and mysteries enough to inspire reams of speculation and analysis in the otakusphere. If there are twelve episodes, there are only three left to explain just what is going on. While the writers seem to know exactly what they are doing, I’m still concerned that it could fall apart at the end, or end with nothing resolved. We’ll see.

I reviewed the first episode, looking for Mimi. Do you see her in any of these screencaps? 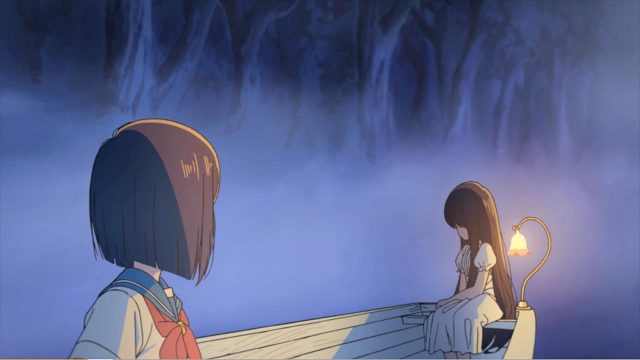 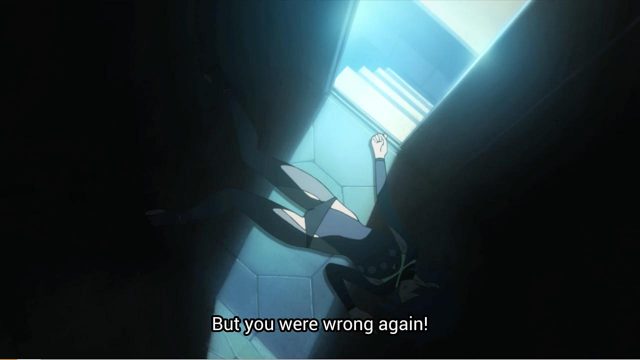 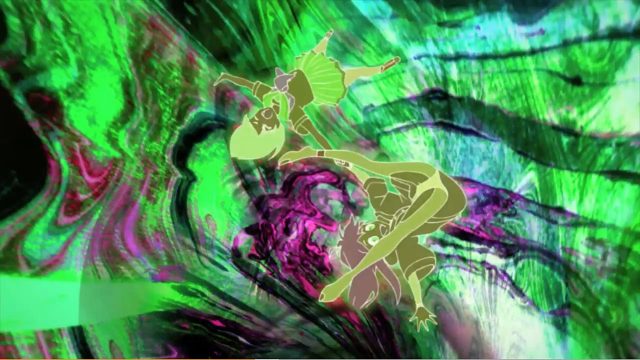 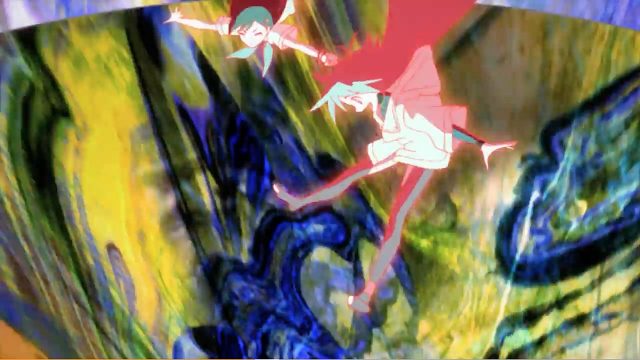 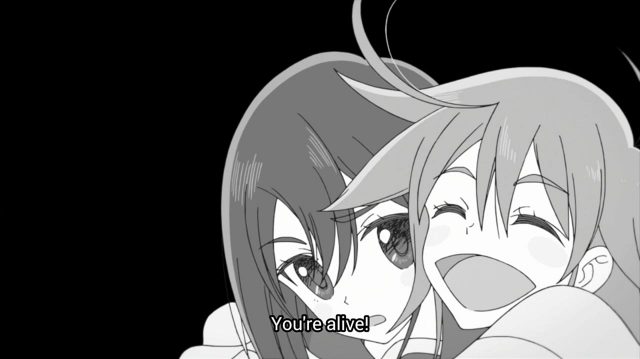 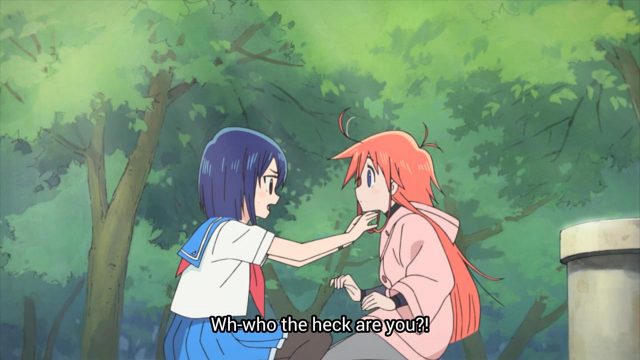 Something else I wonder about: Is Cocona asking the right question above? Consider these names: Cocona, Mimi, Papika, Toto, Yayaka, Yuyu. One doesn’t fit the pattern. Throughout the show, Papika’s behaviour has reminded me of a playful Labrador retriever, sniff sniff. What is she? What would happen if the band around her ankle were removed? She and Cocona may be a complementary pair, but a pair of what?