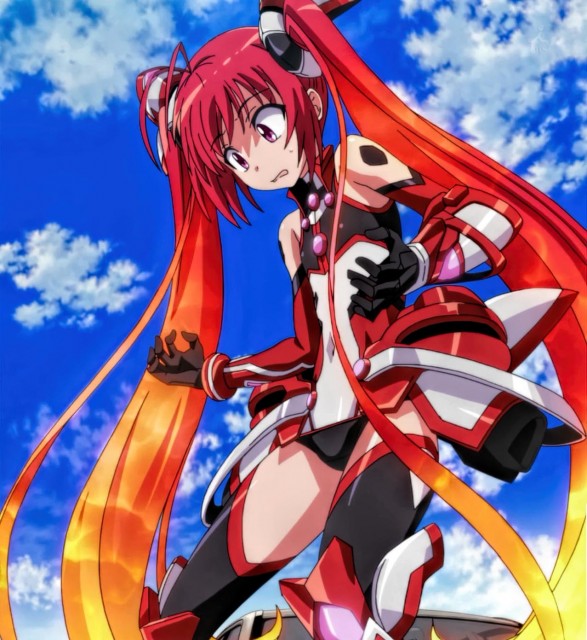 There might be several shows worth watching this fall, after several seasons of slim pickings. 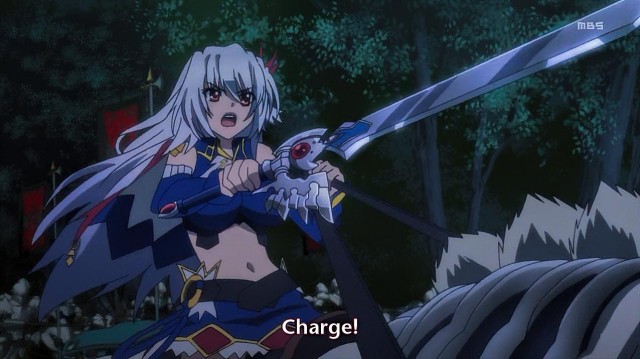 The protagonist of Madan no Ou to Vanadis is an archer and honorable noble from a minor province in a corrupt kingdom. He is captured on the battlefield by a “war maiden,” who dislikes boring battles, and who doesn’t wear armor, or much else. It’s too soon to tell where the story is going; my guess is that Tigre will have to choose between his homeland in the decadent kingdom of Brune, and the apparently more healthy kingdom of Zhcted where the bright and comely war maiden lives. The series is written and directed by Tatsuo Sato, the man man responsible for Shingu and Mouretsu Pirates, two of my favorite shows. It looks a bit boobalicious for my taste, but I expect that Sato will tell a good story. There are screencaps below the fold.

Aside: Repeat after me: Critics. Are. Idiots. Exclamation point. For example, here’s what the jackasses at ANN wrote about Vanadis.

Amagi Brilliant Park could very well be the first Kyoto Animation series I watch all the way through since Suzumiya Haruhi I. The protagonist, an abrasive, narcissistic former child actor, is drafted, at gunpoint, to reform a decrepit amusement park lest the fairies who live there lose their homes. Although Seiya is an unpleasant character as the story begins, the writer is careful not to make him repulsive, and the fairies are not the cloyingly sweet sort that bore children and nauseate adults. Two episodes in, it looks like it will be at least good.

In Ore, Twintail ni Narimasu, a high school boy with a fascination for girls with paired ponytails becomes a warrior in a powered suit with twintails himself. It’s as silly as it sounds. It might be fun, as long as it doesn’t turn stupid and the writers quit with all the double-entendres. There are screen caps below the fold. 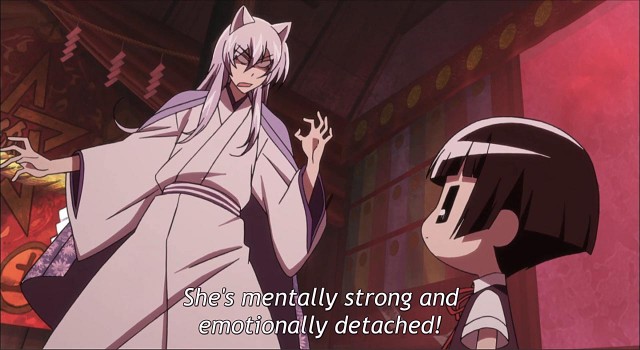 Gugure! Kokkuri-san is the oddest show I’ve seen in quite some time. A little girl who lives alone declares that she is a doll. She summons a fox spirit with a Japanese variant of a ouija board, and Kokkuri, the fox, decides to haunt her, i.e., be her guardian. Sometimes Kohina, the girl/doll, is drawn as a human, sometimes as a doll. I think it’s intended to be a cutesy comedy, but it’s a rather unsettling one. Probably during the course of the series Kohina will gradually become more human while acquiring other supernatural friends, but there’s a danger that the show could lurch into something like the final episode of Bottle Fairy. There are screencaps below the fold.

Update: Gugure! Kokkuri-san is off my watch list and is not recommended. 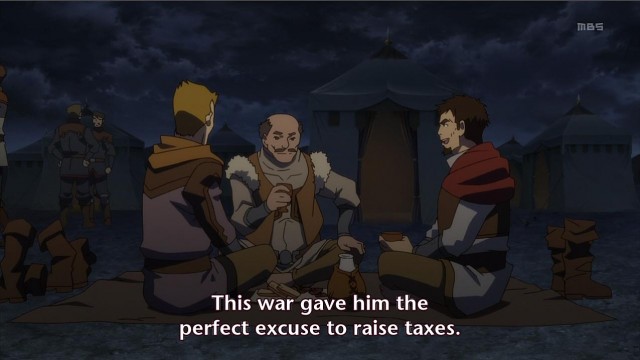 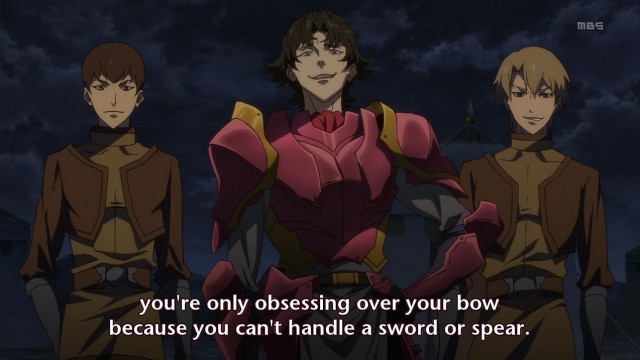 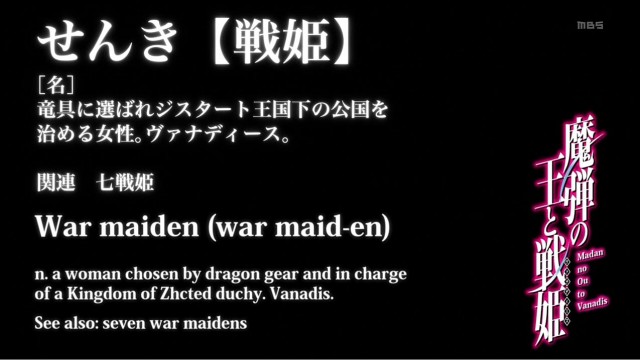 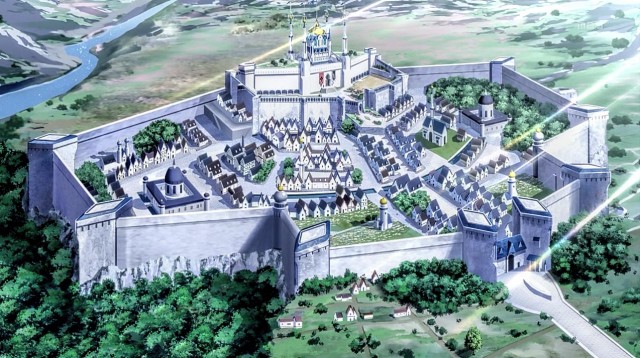 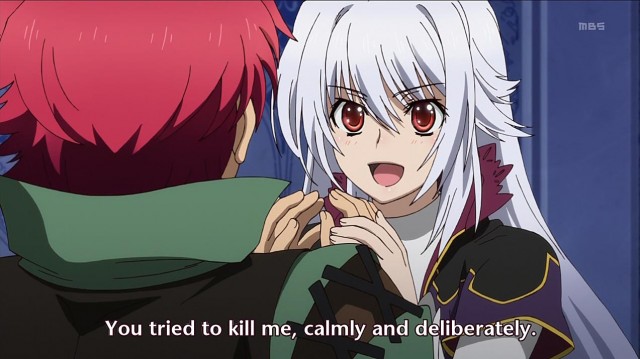 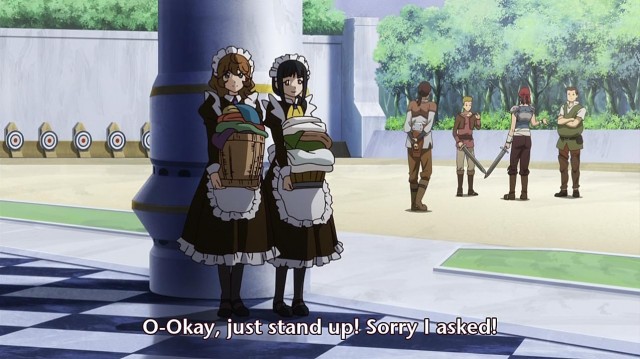 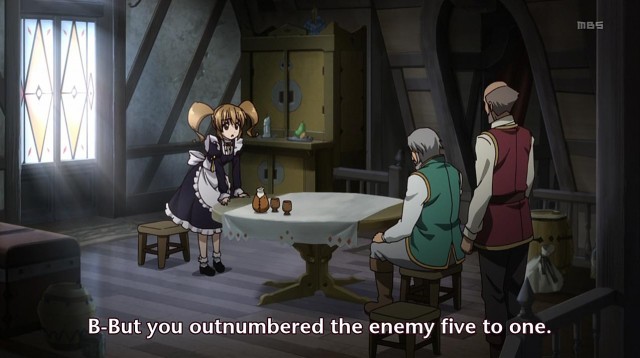 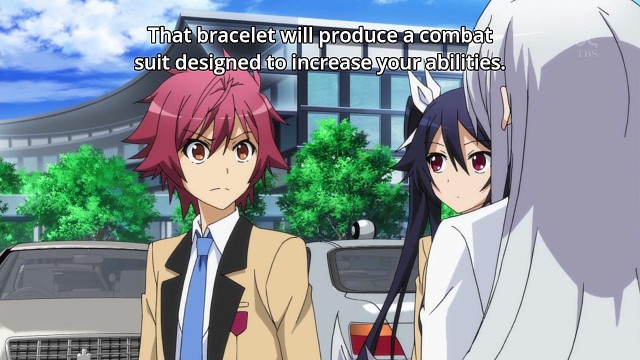 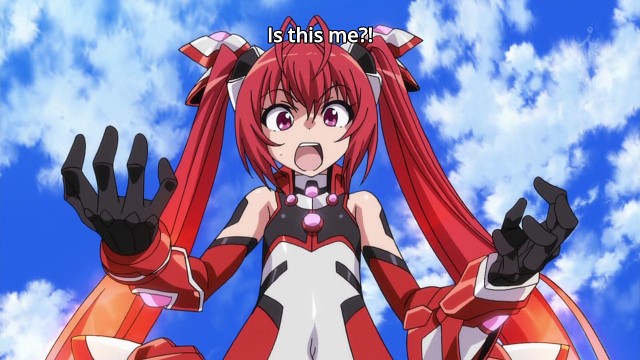 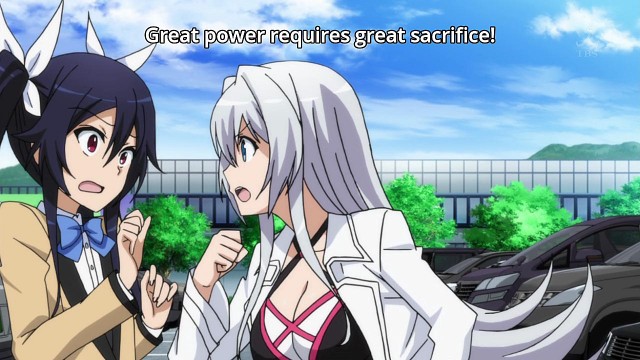 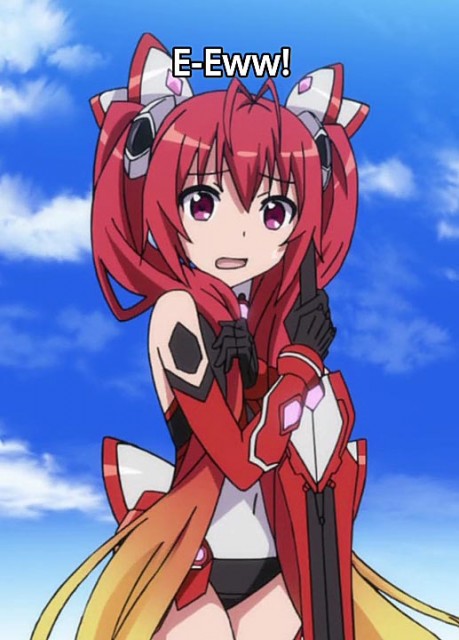 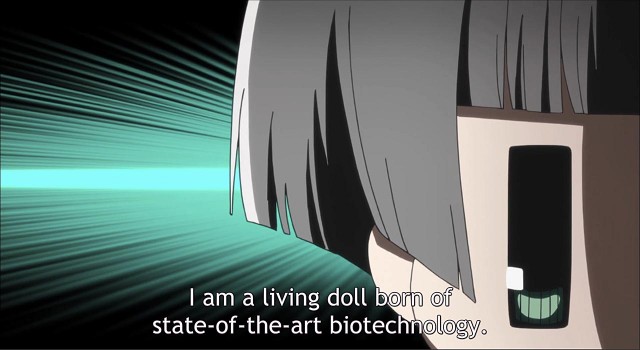 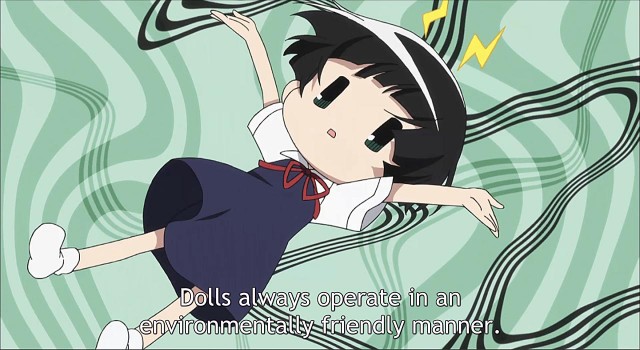 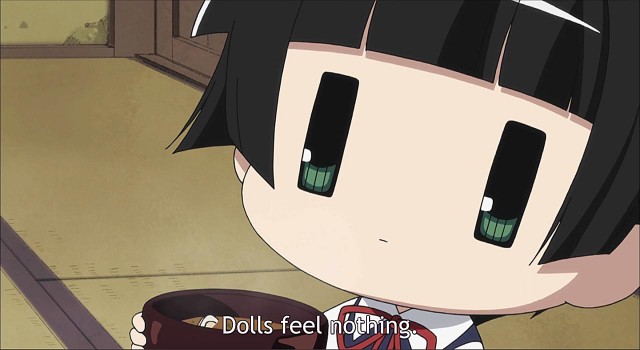 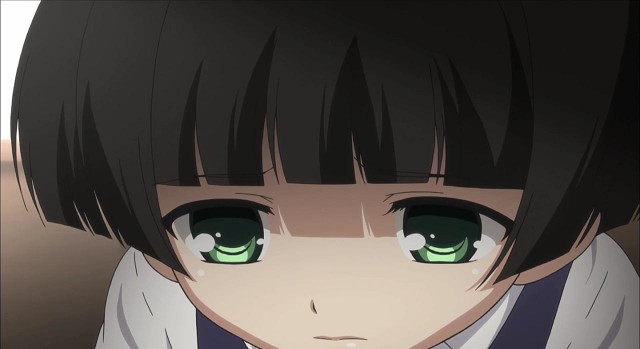 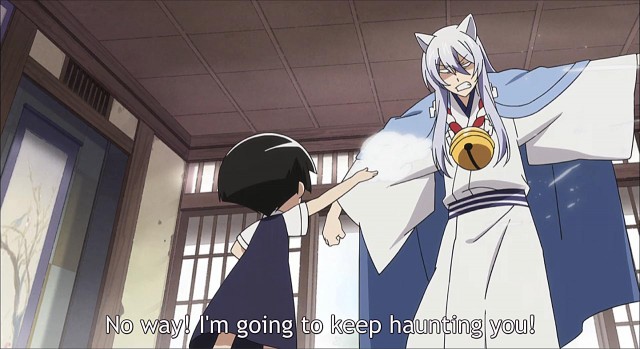 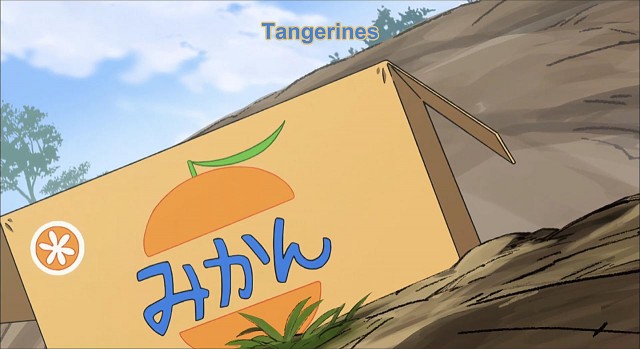 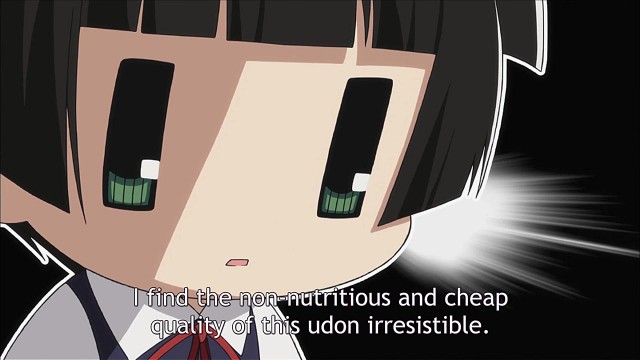 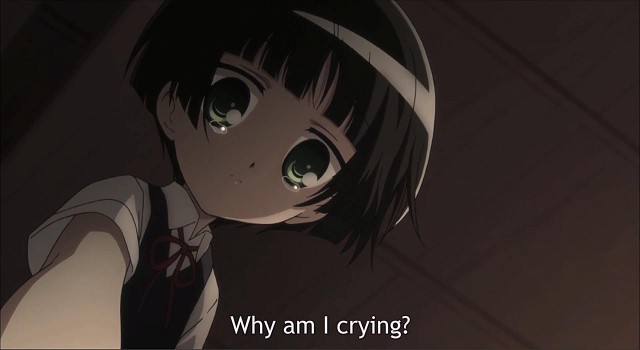 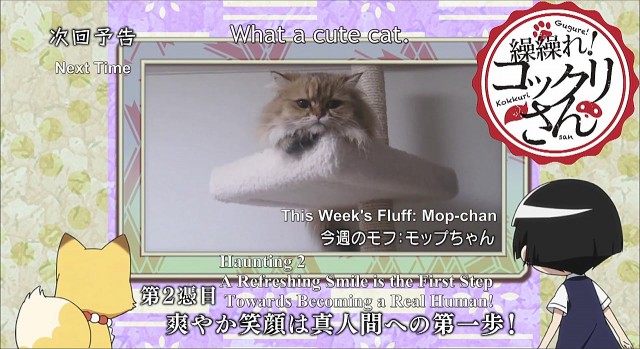 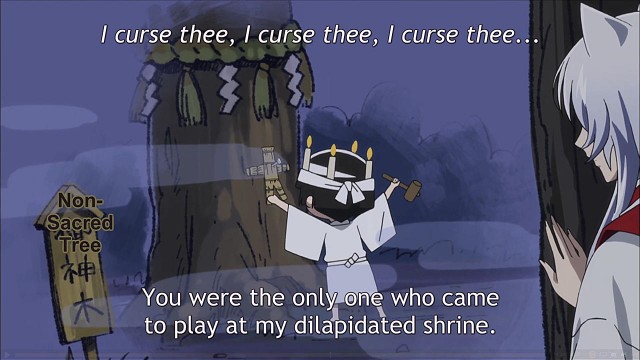