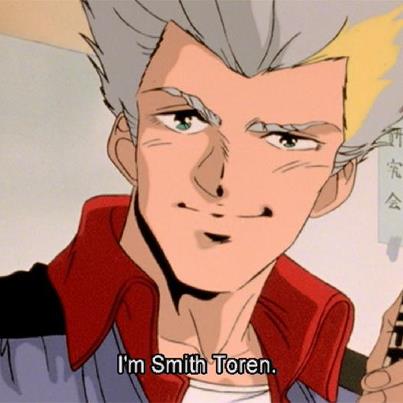 Toren’s enthusiasm for Japanese comics had brought him to the attention of the early staff of Viz Communications, but his relationship with many of them was confrontational and often irascible. Told by one manager to “go and do it himself” if he thought he knew the market better than them, Toren took it not as an oriental brush-off, but as a career move. He stayed in Japan for nine months, selling all his possessions and throwing himself into what he regarded as a real industry with potential growth: translating manga. Crippled financially by the fall in the value of the dollar, he lived a precarious existence nickel-and-diming, working as a janitor in exchange for no questions about his tardy rent in the apartment building, and freezing through a Japanese winter. He was reduced to stealing noodles from a convenience store, but he was also making the right deals, and on the way, acquiring wife number two, the lovely Tomoko Saito. He arrived back in America with a set of Japanese comics entirely packaged, photographed, flipped, retouched, and translated, the rights already agreed.

When it turned out that there was no comic tie-in to the Dirty Pair franchise, creator Haruka Takachicho let Toren buy the right to do his own, with artist Adam Warren. When the rights for Nausicaa of the Valley of the Wind were sold to Viz, Hayao Miyazaki insisted that Toren Smith be involved with the translation. When Eclipse Comics went under in America, Toren was sure to pay off the debts owed to the Japanese using his own money. He was always prepared to put his money where his mouth was, promising, for example, to indemnify Dark Horse against losses if an unknown title called Oh! My Goddess failed to make a profit.

At one point, Smith lived in the GAINAX house with about a dozen animators. According to Yasuhiro Takeda in Wikipedia:

Make no mistake, GAINAX House was a den of rabid bachelors. Nobody cleaned or even straightened up—ever. When we received a visit from Hiroe Suga (who for a time was staying at a boarding house in Tokyo and working as an author), she was literally sickened by the smell. The color drained from her face and she beat a very hasty retreat. Ultimately, we elected to move out of GAINAX House. When the landlord came by to give the place a once-over and release us from our contract, he was stricken speechless. Almost immediately after we vacated, the house was demolished. 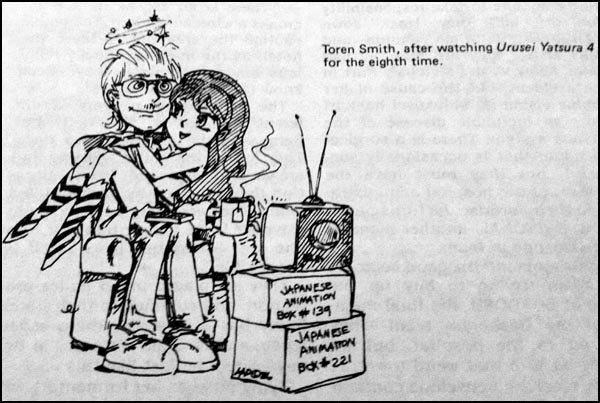