If the first episode is indicative, Kino’s Journey II1 survived the loss of Ryutaro Nakamura, who directed the 2003 anime. It felt very much like old times, with a little more detail, and a little more blood. Once again, I was reminded of The Twilight Zone. This week’s thought experiment involved a country where murder is legal. It’s not necessarily a paradise for psychopaths. The story inevitably brought to mind a certain Heinlein comment. If the show maintains the level of the first episode, there finally will be something worth waiting for every Friday. 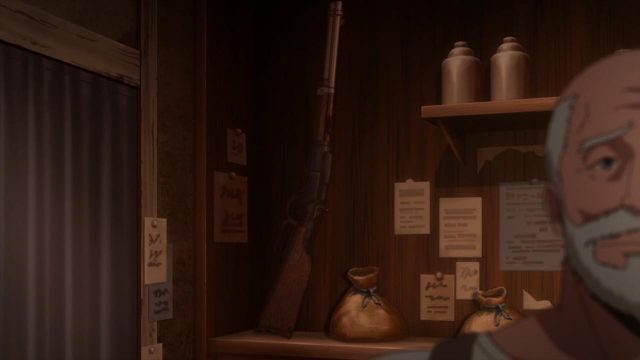 Watching Kino’s Journey has the unfortunate side-effect of making everything else seem trivial. Nevertheless, there are a couple of other first episodes I watched all the way through which deserve comment. 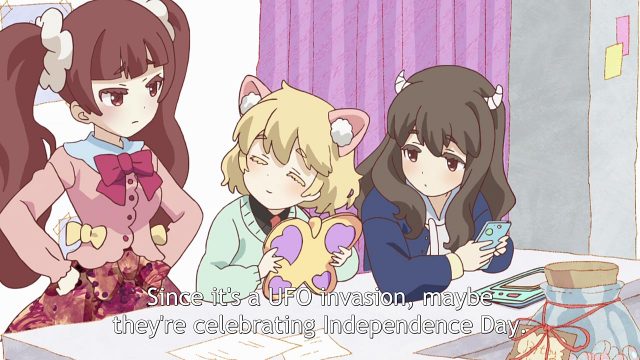 Urahara is yet another variation on the majou shoujo theme, this time set in a pastel version of the Harajuku neighborhood in Tokyo. Aliens, called “scoopers,” who have no culture of their own, invade the Earth and scoop up anything that interests them, such as the the Arc de Triomphe, the Statue of Liberty, or a pyramid or two. It falls to three girls in Harajuku, one with little horns, one with nekomimi and a tail, and one who sews, to defend their world, Harajuku style. 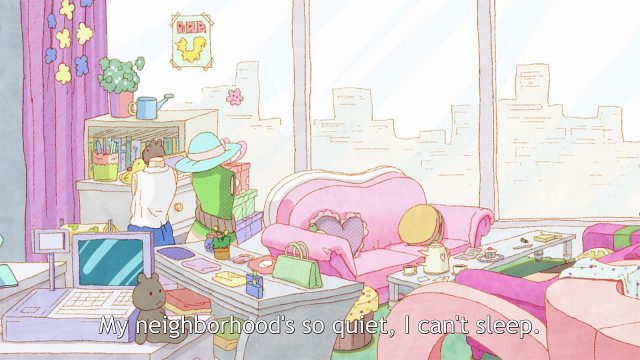 It’s a silly show. The counterpart of Sailor Moon‘s Luna and Cardcaptor Sakura‘s Kero-chan is a talking fried shrimp, for instance. Silly doesn’t mean stupid, though, and absurd though the episode was, it was always entertaining and visually playful. I probably will continue watching it. For a discussion of Harajuku and this episode, see Emily. 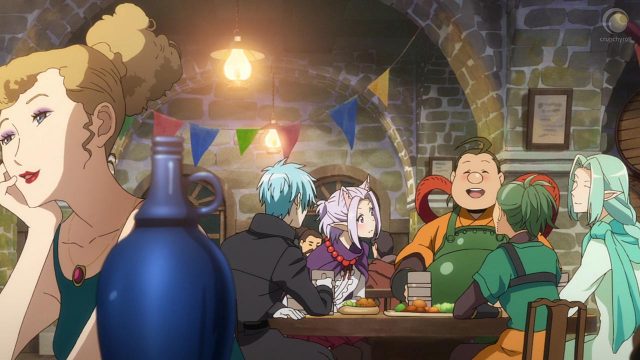 Recovery of an MMO Junkie concerns a young woman who drops out of society to play an online fantasy RPG game. Although it’s not explicitly stated in the first episode, it’s strongly implied that she and her online friends all visit (or work at) the same convenience store, though they aren’t aware of that yet, and that their online and offline lives will get muddled together. I might watch more to see how it develops. 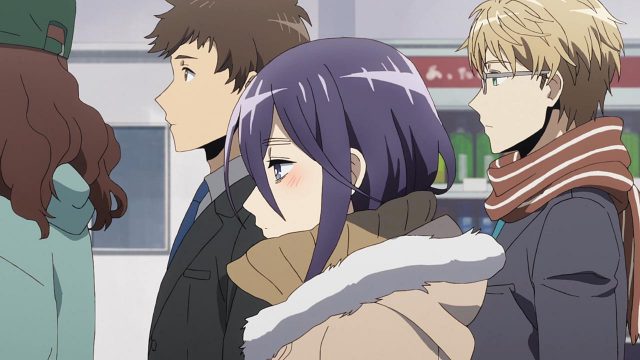 Let no screencap go to waste: 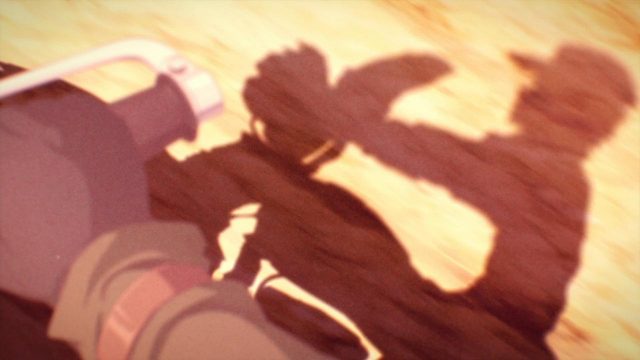 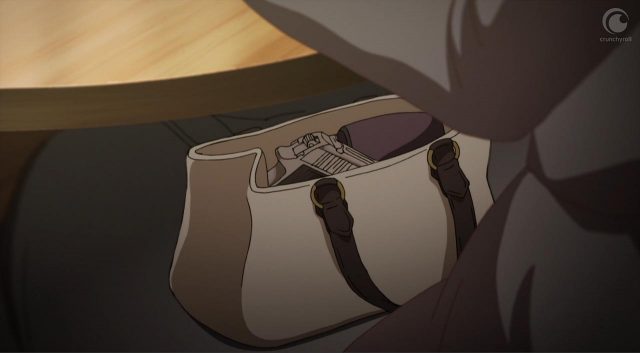 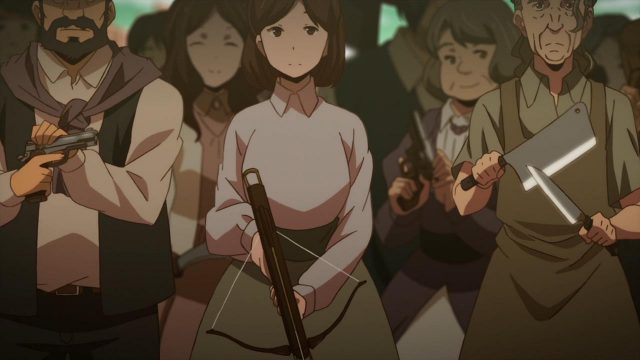 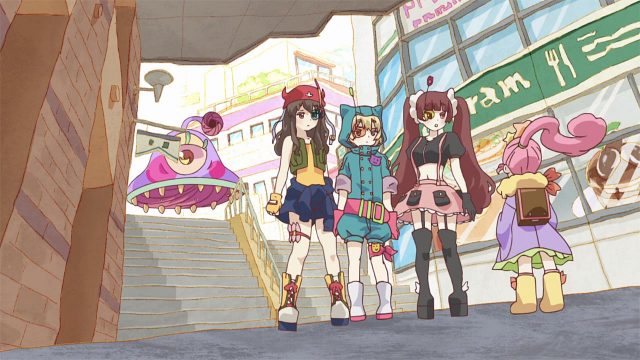 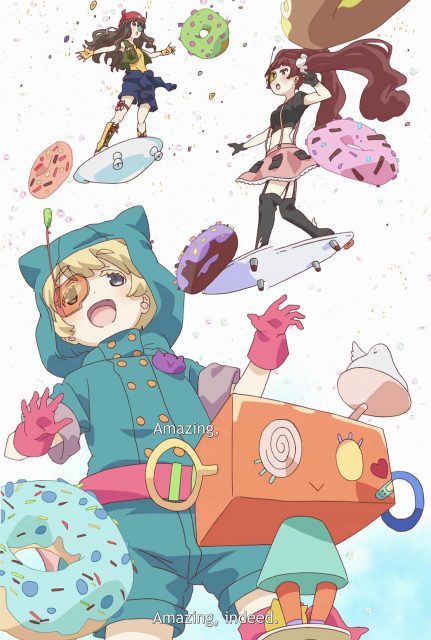 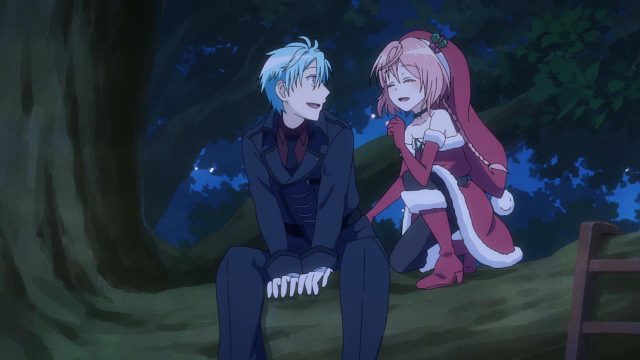