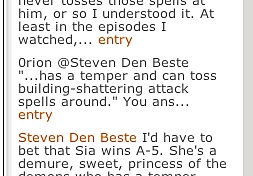 2 thoughts on “Excuse me, I’m going to go listen to The Smiths”