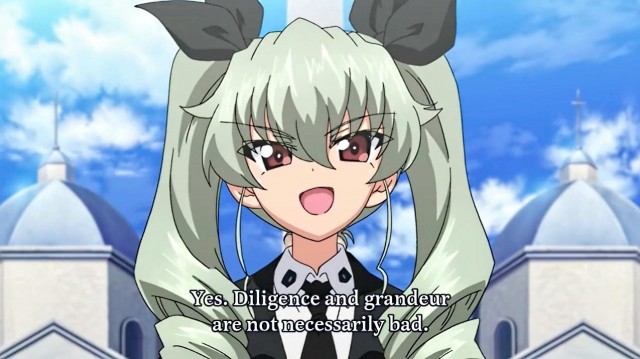 The Girls und Panzer OVA has finally been subtitled, though it apparently hasn’t hit the torrent sites yet. In it, Miho and her comrades face the girls of Anzio. They’re an enthusiastic crew who’d rather fight than eat, and vice versa. ((Yeah, I’m ripping off S.J. Perelman here.)) Anzio has a bunch of cute, but pesky, little tanks, plus one that’s not so cute. Tank otaku Yukari gets a chance to shine, and we learn more about Caesar of the military history obsessives.

The ending is never in doubt, but that hardly matters. The Anzio OVA is the most purely fun of any Girls und Panzer episode, and is worth tracking down if you enjoyed the original series.

There are additional screencaps below the fold. Steven has many more in his rather spoilerous post.

Incidentally, if you’d like to introduce sensha-dou to your local high school, there’s an auction that might interest you. (Via AoSHQ.)

Update: The “loligeddon” sub makes much more sense than the “AK-Submarine” one that I first watched, and it looks better, too. 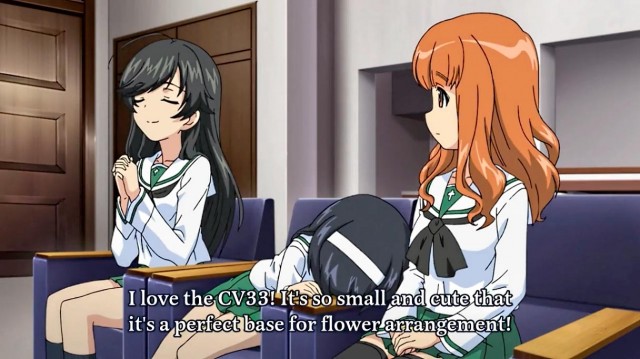 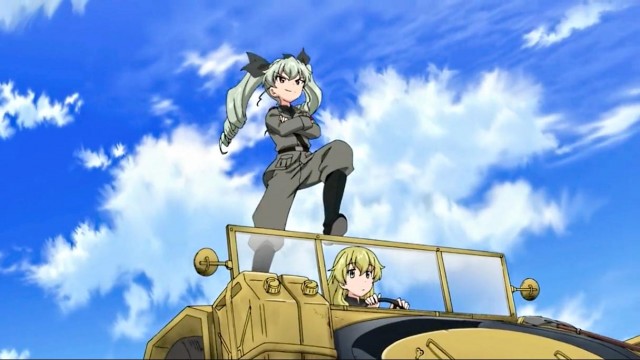 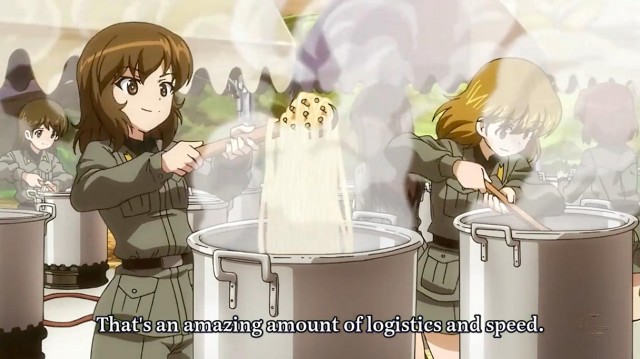 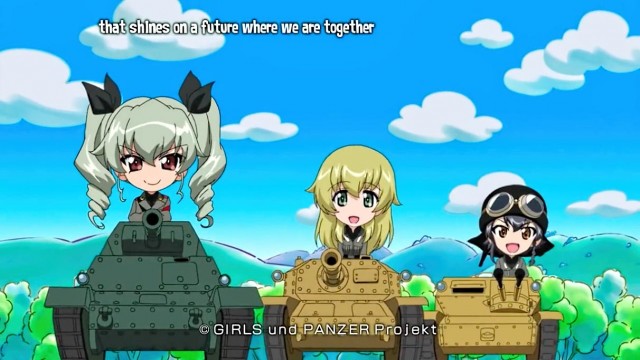 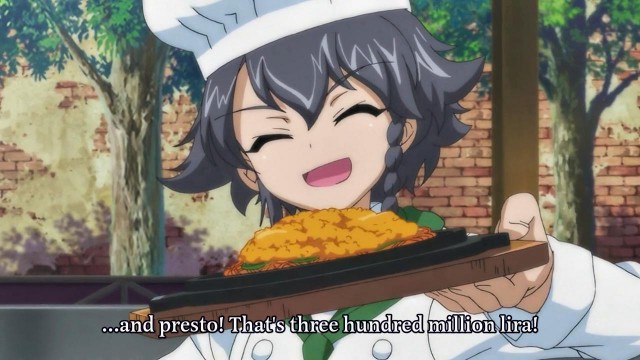