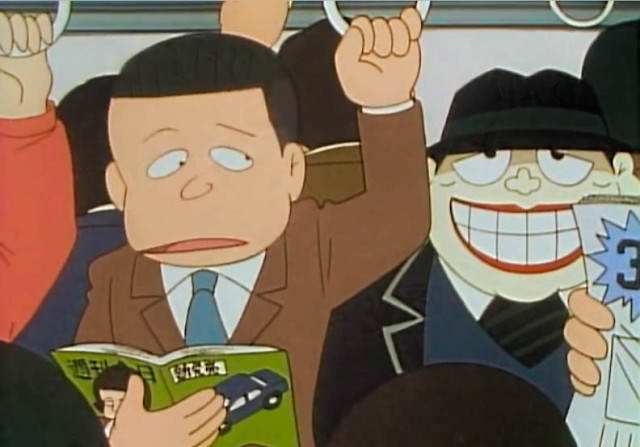 Motoo Akibo, the co-creator of Doraemon, also wrote stories about the perpetually smiling Moguro Fukuzou, Warau Salesman, of which over 100 episodes were animated around 1990. What I’ve seen of Doraemon is harmless and bland. I recently care across a few episodes of Warau Salesman, which is neither. Here’s how the eponymous salesman introduces himself:

My name is Moguro Fukuzou. People call me “The Laughing Salesman.” However, I’m no ordinary salesman, because I’m in the soul business. Human souls, that is.

The world is full of lonely men and women, both young and old. I’m here to fill the gaps within your lonely souls. Completely free of charge, I might add. A satisfied customer is the only compensation I desire. 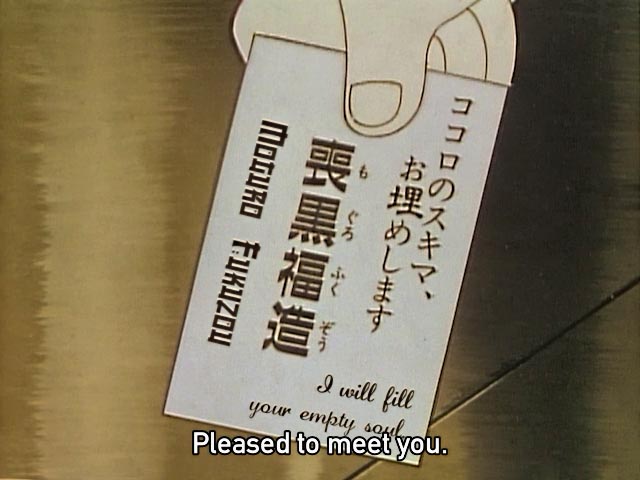 Fukuzou’s customers are people who are not happy with their lives. One might wish to be freed from the demands others make of him; another might want recognition for heroism; yet another might resent having to work at all. Portly, knowing Fukuzou offers his services to them, changing their lives. He has an odd idea of customer satisfaction, though. At the end of each ten-minute episode, Fukuzou’s client will have destroyed his marriage, ruined his career, or be headed to prison or a mental institution, much to Fukuzou’s amusement as he walks away, laughing.

Obviously, this is not a show for everyone. It’s unlikely ever to be licensed, but if its dark vision intrigues you, there are about ten episodes subtitled that you can find with a bit of persistence. 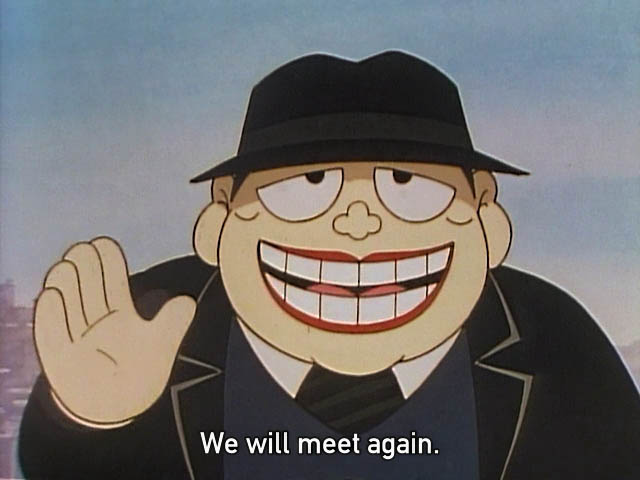