Here is the true and proper retelling of the story of Little Red Riding Hood.

The Little Girl and the Wolf
by James Thurber

When the little girl opened the door of her grandmother’s house she saw that there was somebody in bed with a nightcap and nightgown on. She had approached no nearer than twenty-five feet from the bed when she saw that it was not her grandmother but the wolf, for even in a nightcap a wolf does not look any more like your grandmother than the Metro-Goldwyn lion looks like Calvin Coolidge. So the little girl took an automatic out of her basket and shot the wolf dead.

Moral: It is not so easy to fool little girls nowadays as it used to be. 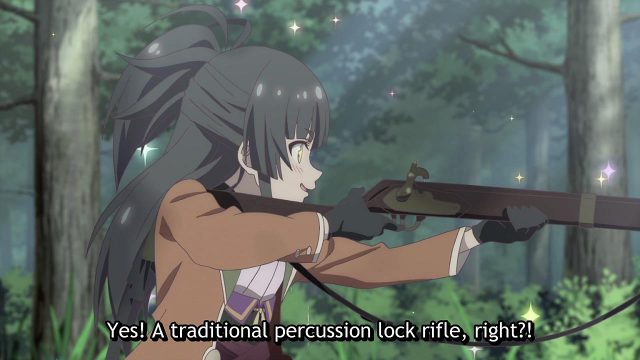 This story is presented as a service for those who watched the first episode of Grimms’ Notes: The Animation, an undistinguished recent offering from Crunchyroll.