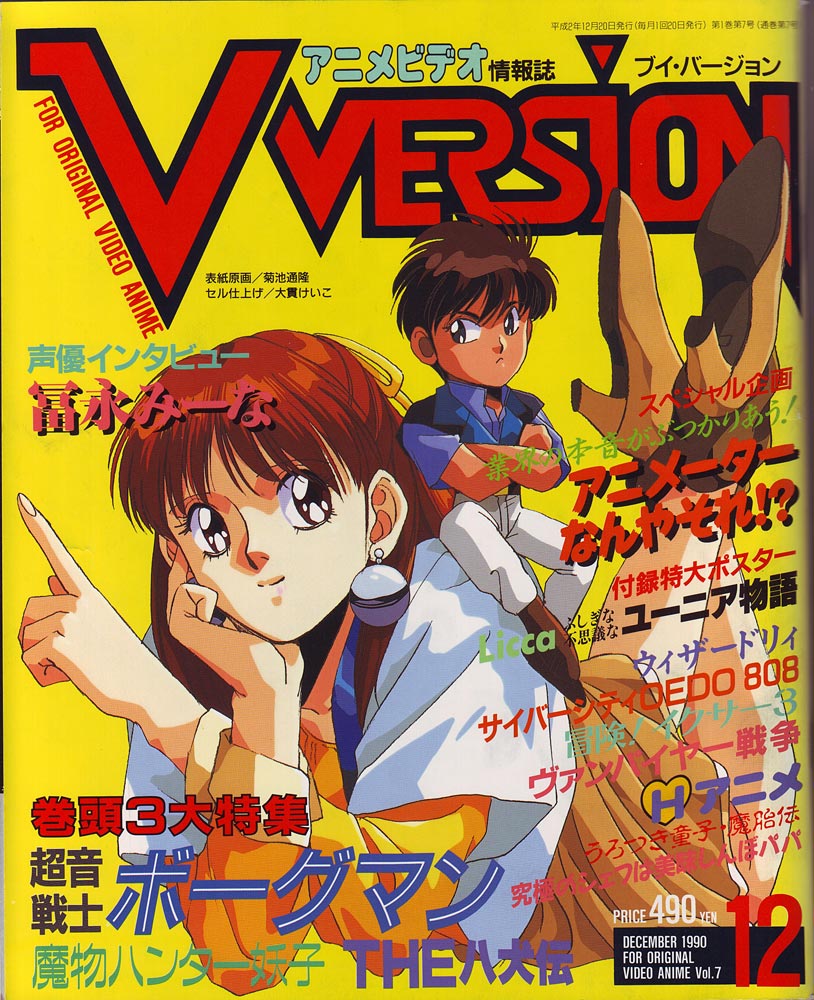 The majority of the magazines in Richard’s box are Mangajin, Dragon and Newtype. The former two are perfect-bound, which makes it difficult to scan entire pages without breaking the spine. Consequently, I’ll be focusing on the Newtype issues. (I’m sure Steven is disappointed, since the Dragon Half manga was running in Dragon’s back pages.)

Before I start on Newtype, here’s a look at Vversion ((Or V Version, or Wersion, depending on how you interpret the flag.)), devoted primarily to OVAs. It’s 132 pages, including the covers, and roughly half of it is glossy color. 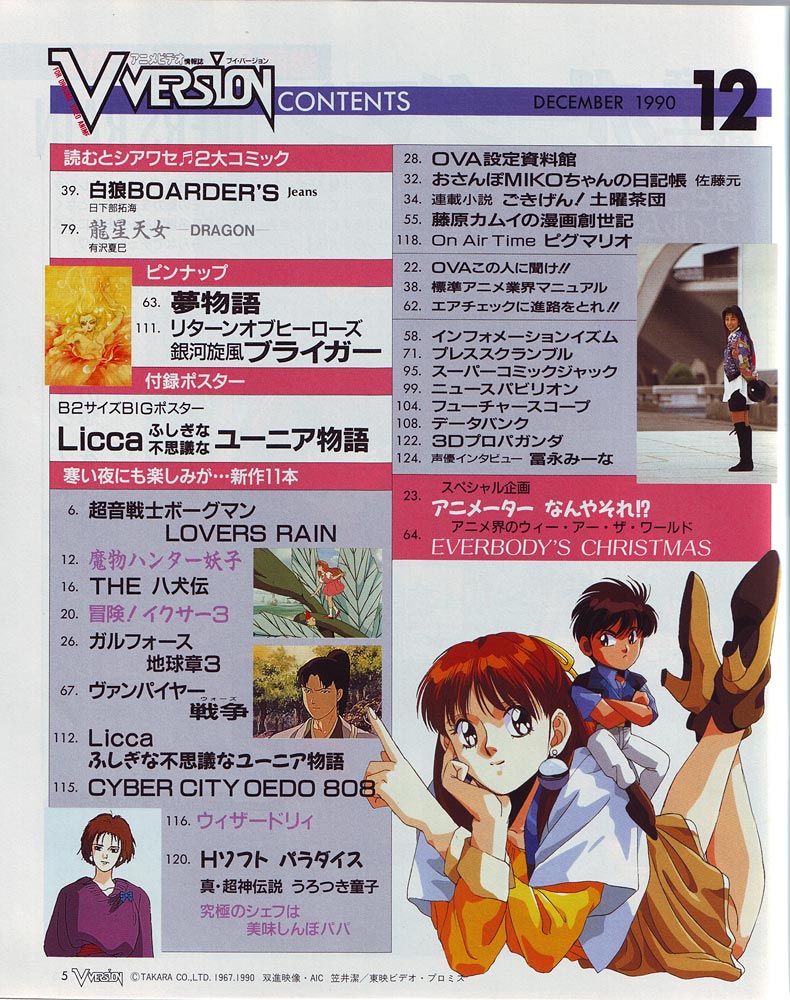 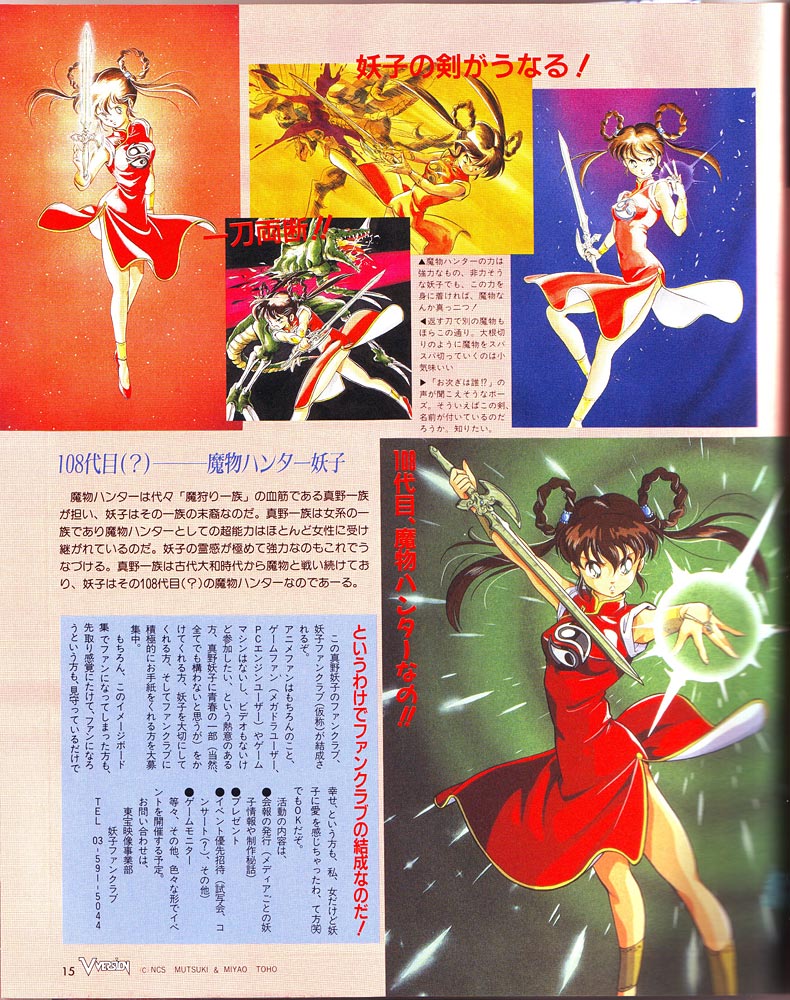 Devil Hunter Yohko was the first anime released in America by ADV back around 1992. I saw the first few episodes some years back, and I can’t recommend it, even though Aya Hisakawa (Sailor Mercury, Chloe, Mune-Mune) was Yohko’s voice actress. The first episode was nearly pornographic, as I recall, and the next two were hit-and-miss. I wouldn’t mind watching a show about Yohko’s Pansy Yokum-ish grandmother Madoka, though. Trivia: Akiyuki Shinbo directed the sixth episode. 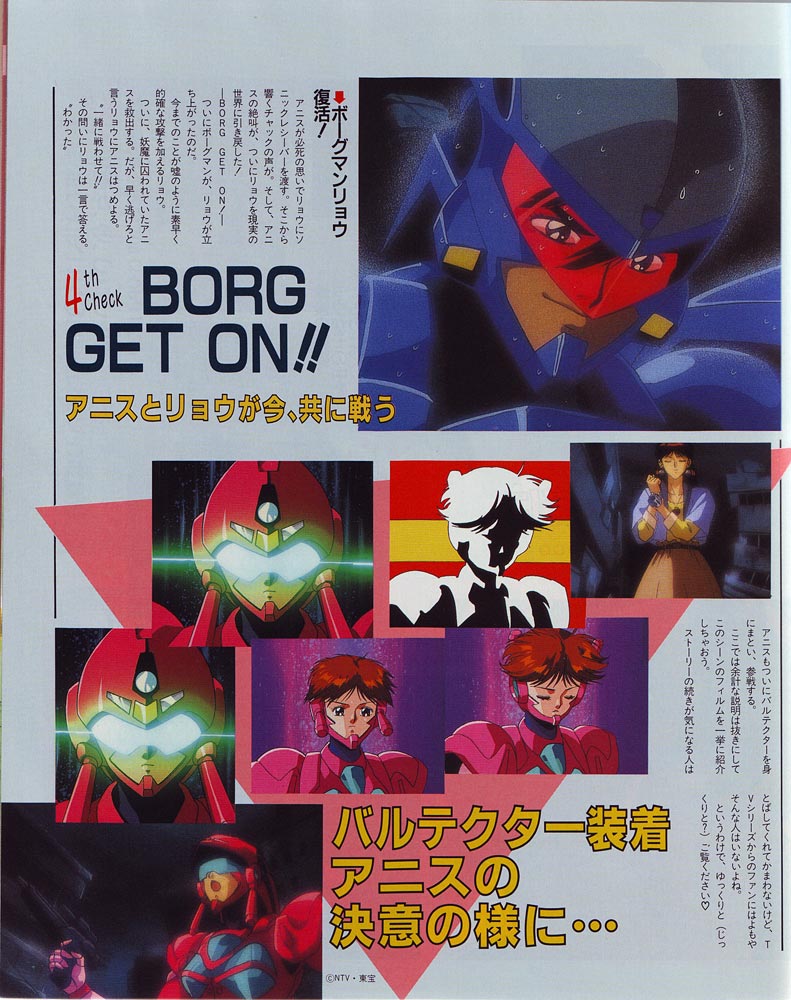 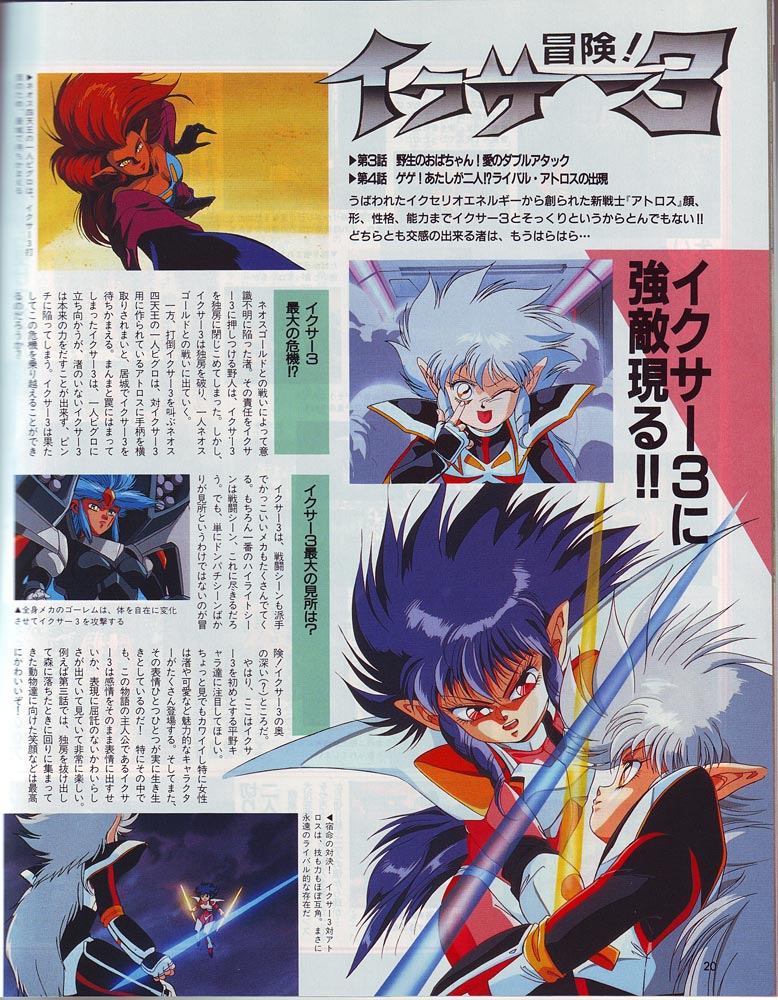 I believe this is Iczer Reborn, also known as Iczer 3. According to ANN:

Begins with Iczer 1 battling Neos Gold. Iczer 1 gives a plot summary of the 1st anime, apparently she defeated Big Gold, Neos Gold’s mom. The fight ends in a draw. Iczer 1 returns to the planet she was created on, while Neos Gold reveals that their rematch will be on earth. Neos Gold suddenly has 4 followers: Fiber, Insect, Golem & Bigro. Since both Iczer 1 & Neos Gold are too weak to fight, they send their minions to do their fighting for them. Iczer 3 is the littlest sister in the Iczer line of robot-like fighters. On earth, Nagisa. Iczer 3 meets up with her on a space station. Fiber uses giant insects to destroy much of earth & the space station. Iczer 3 defeats her, & the series starts. At first, the humans don’t trust Iczer 3, because of her youth & super-impulsiveness. Later, they have no choice but to rely on her & Iczer-Robo, a robot that can only be powered by Nagisa, although it is never explained why. 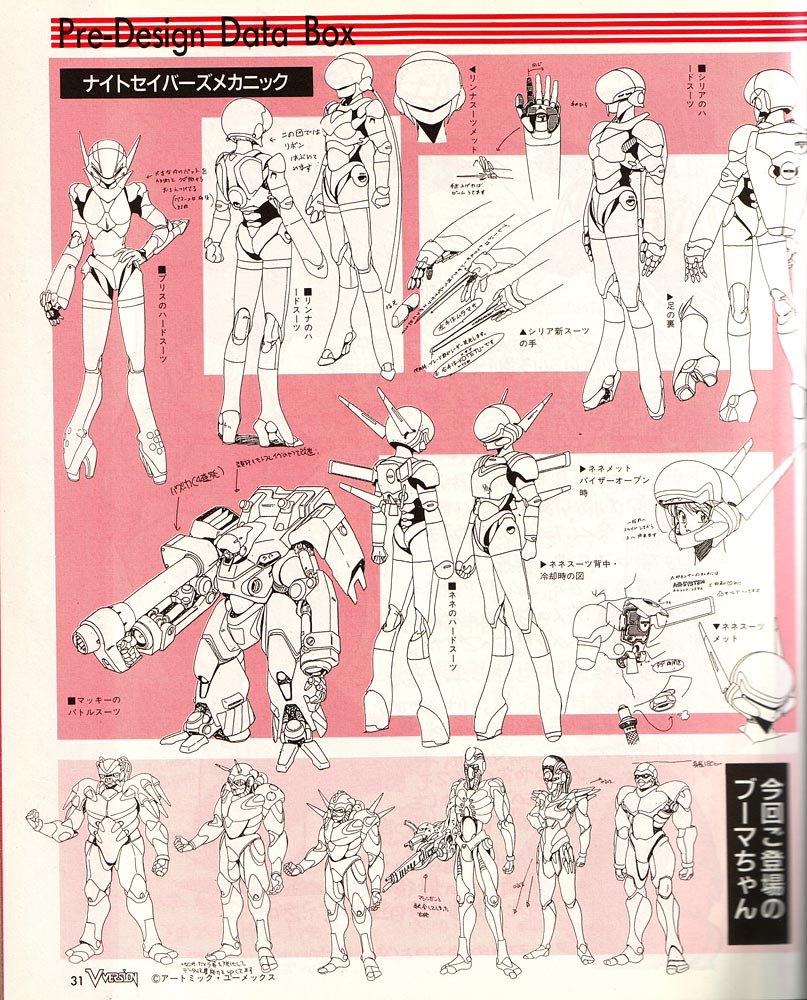 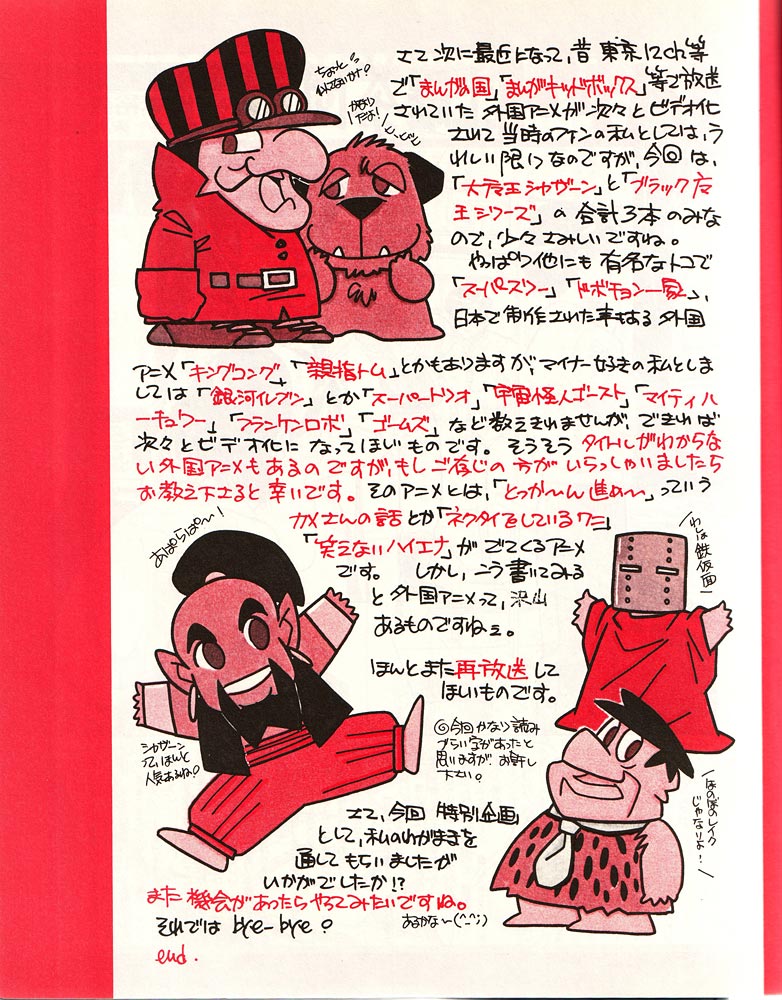 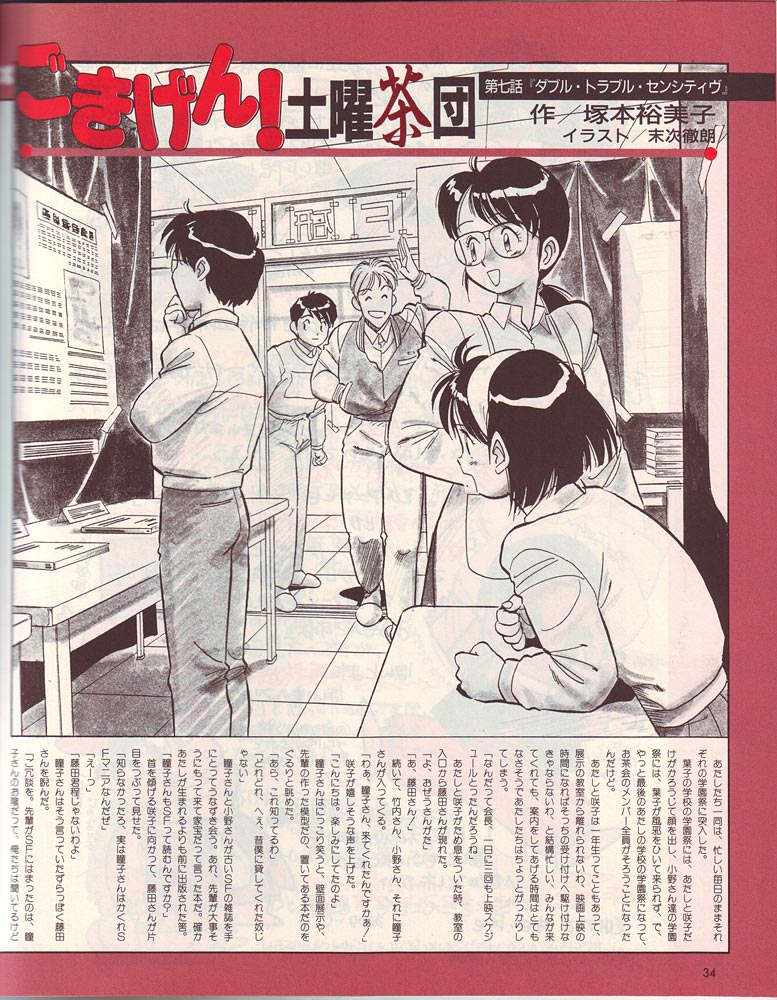 The first page of what looks like a short story. 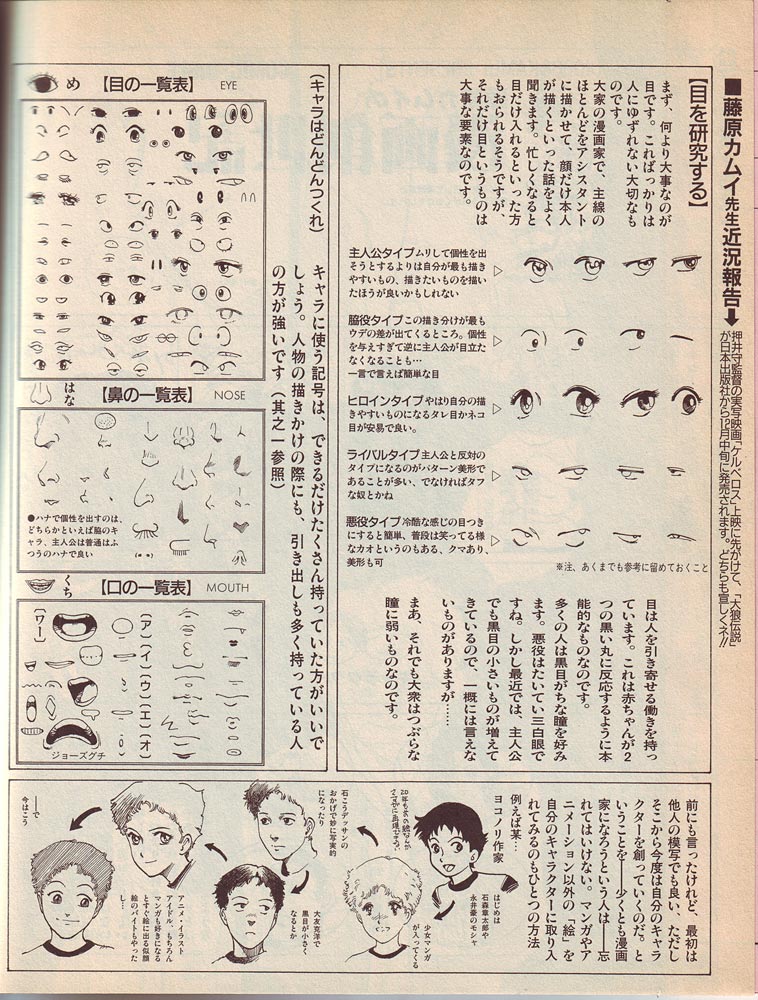 This is from the “Cartoon Bible” section. 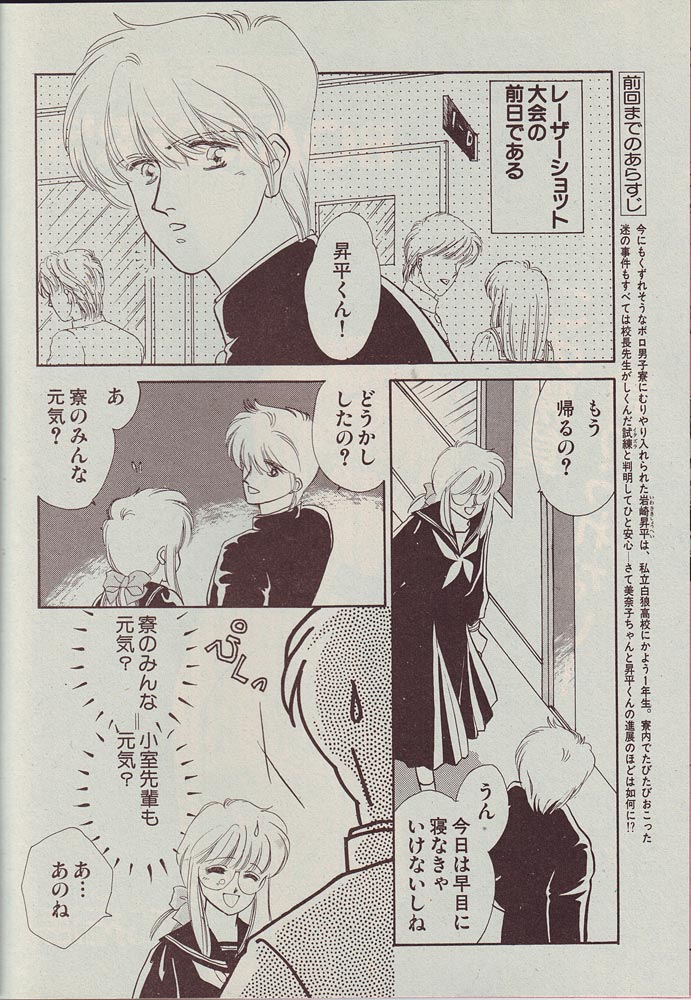 There a a couple of brief mangas bound into the magazine. 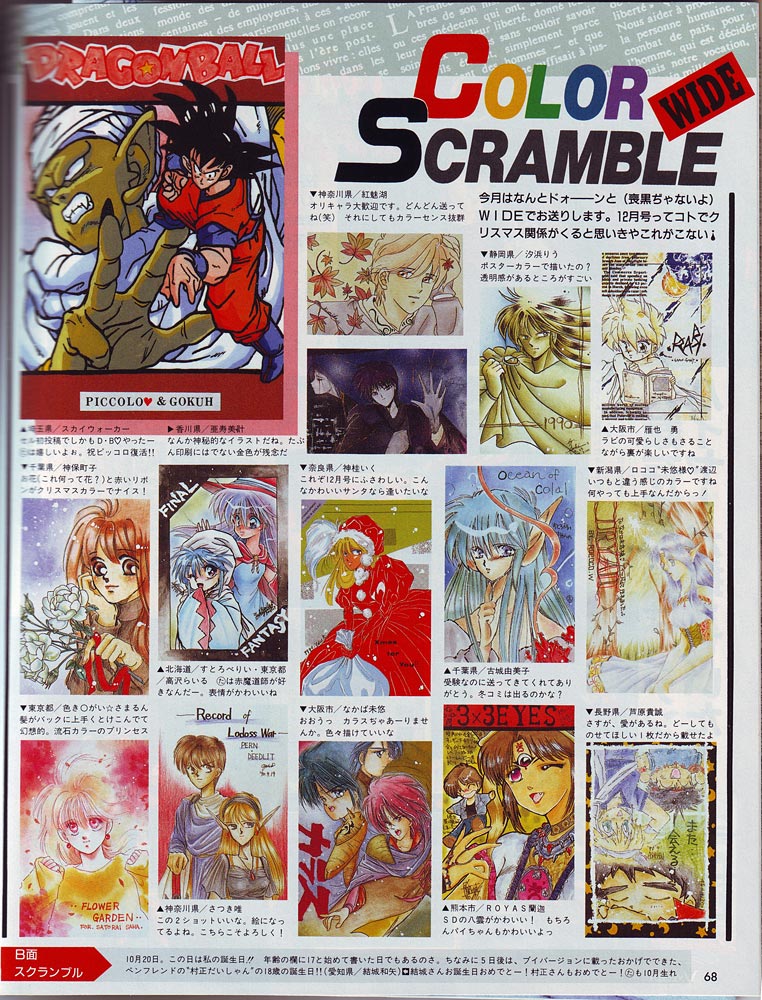 Most of the magazines have a section for fan art — I think that’s what this is. 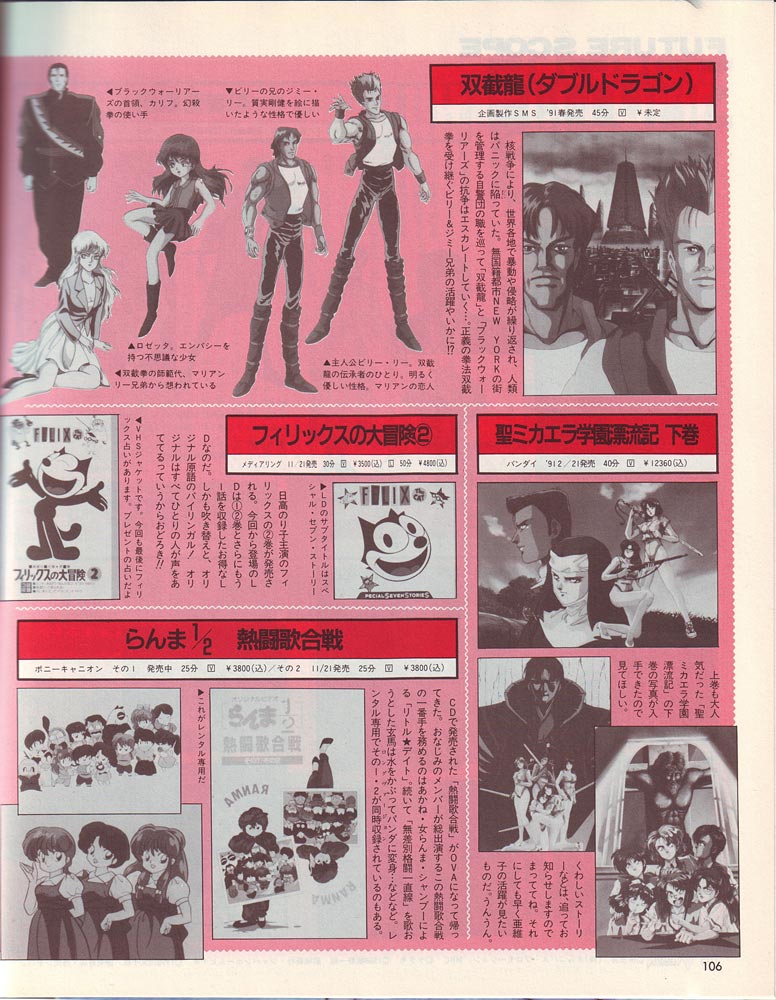 From the “Future Scope” section. 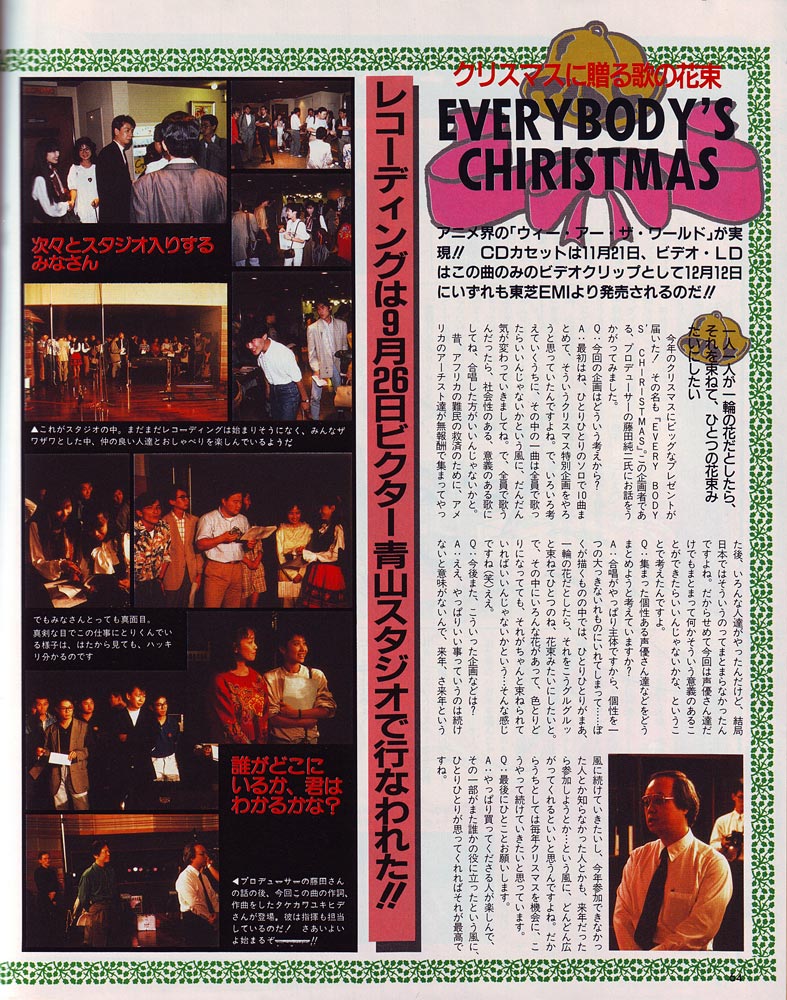 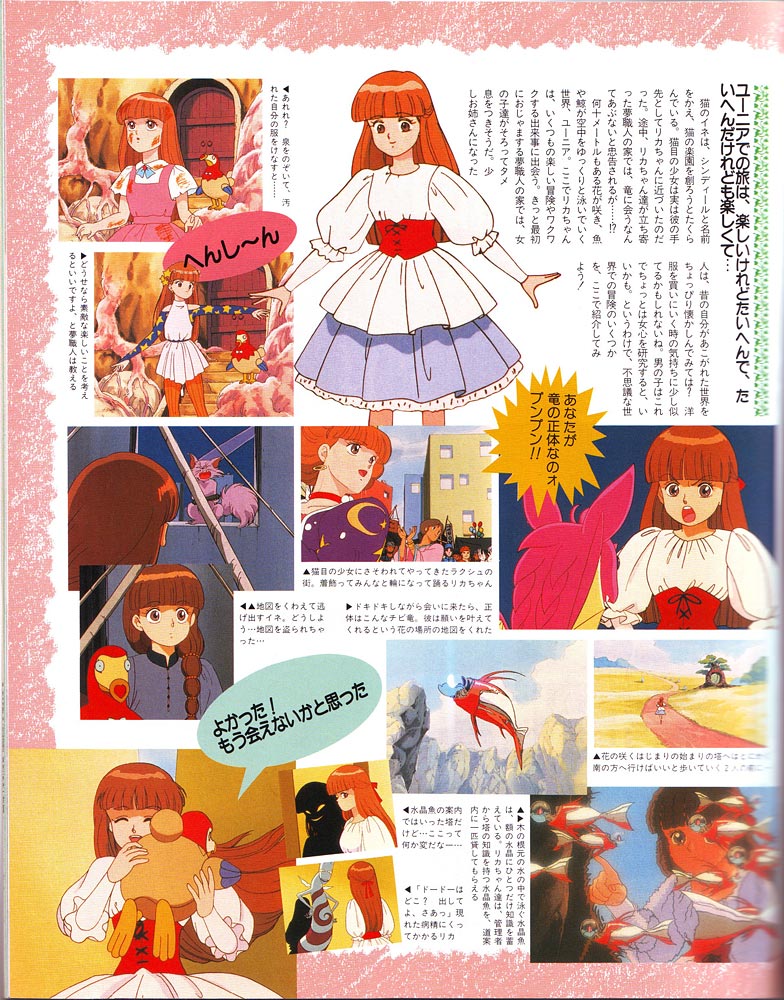 Licca-chan Fushigi na Fushigi na Yunia Monogatari is the first of a franchise based on a doll. The magazine comes with a 28″ x 39″ poster of Licca. 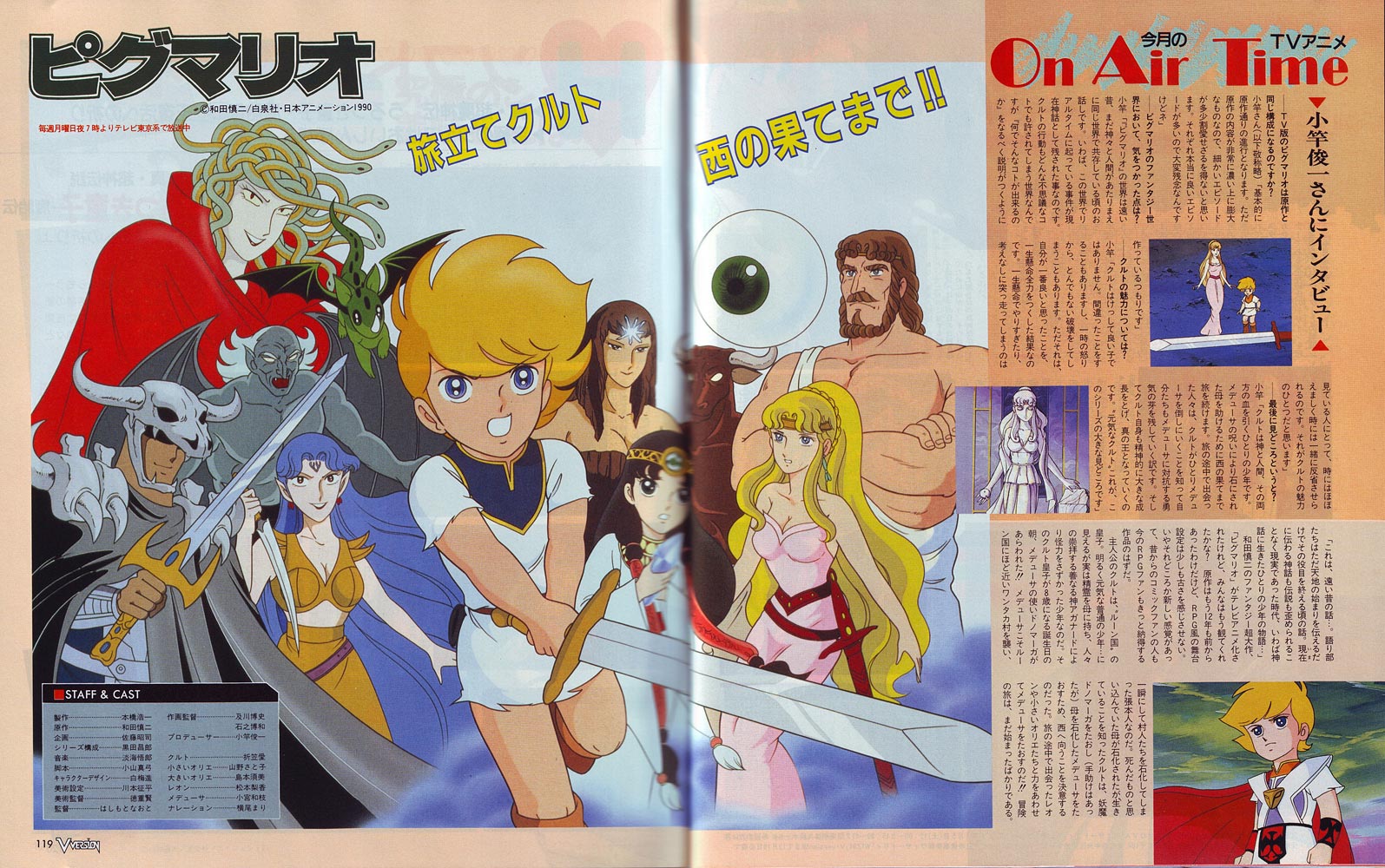 I don’t recognize this, though it’s obviously based on Greek mythology. 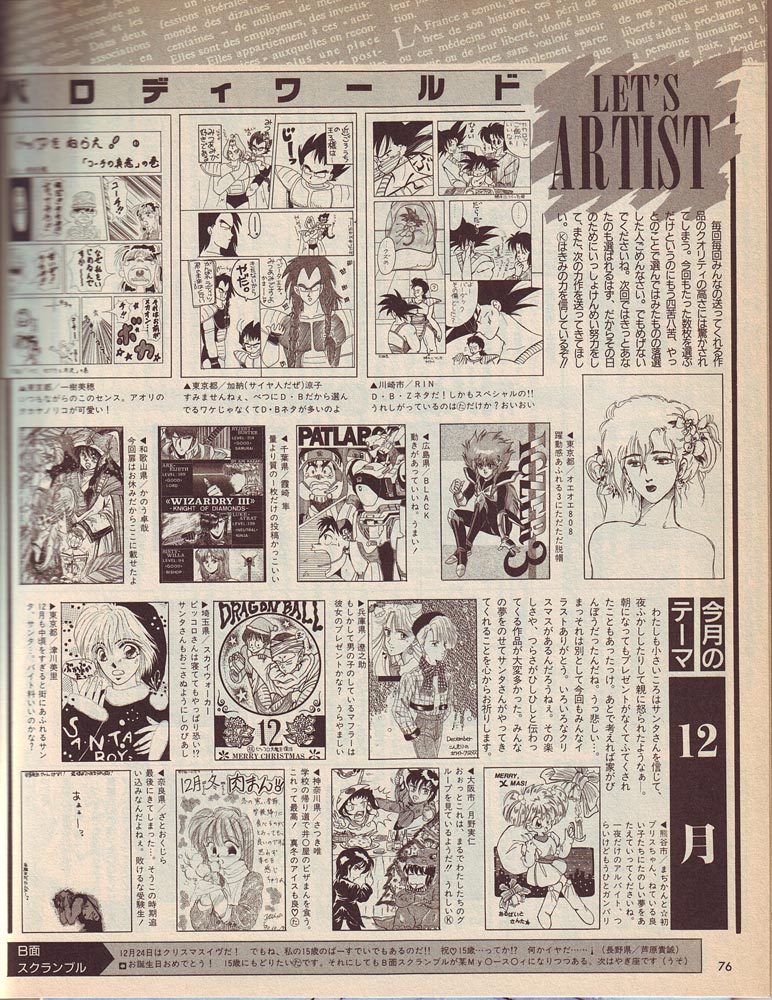 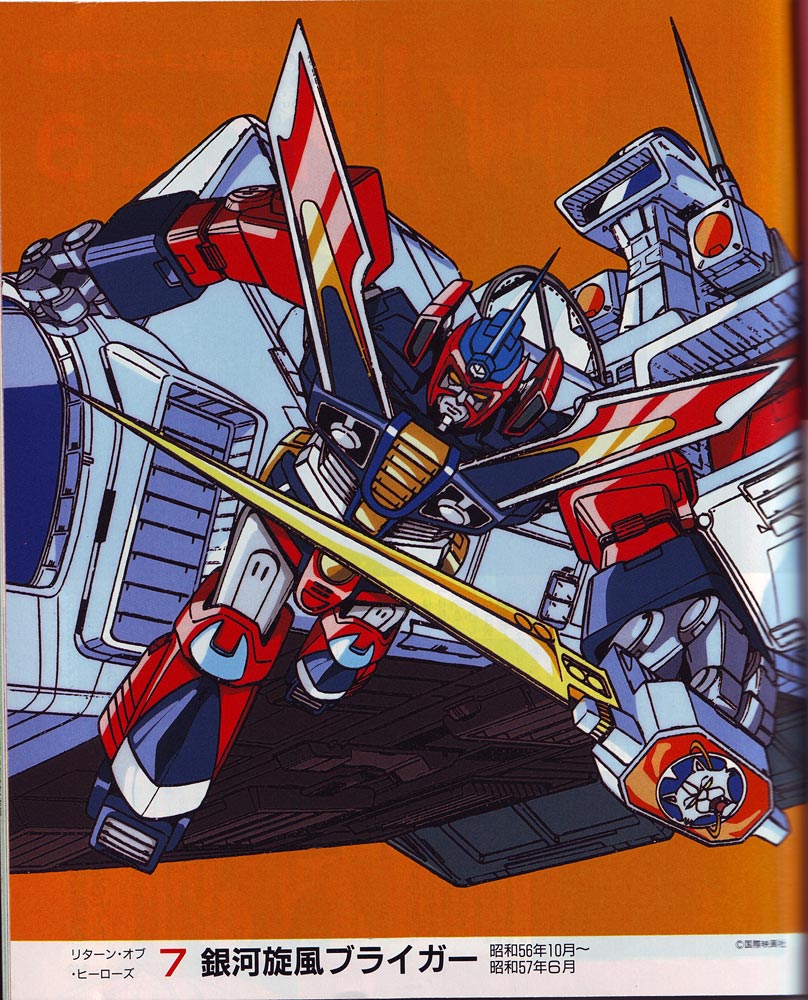 No anime publication is complete without giant robots. 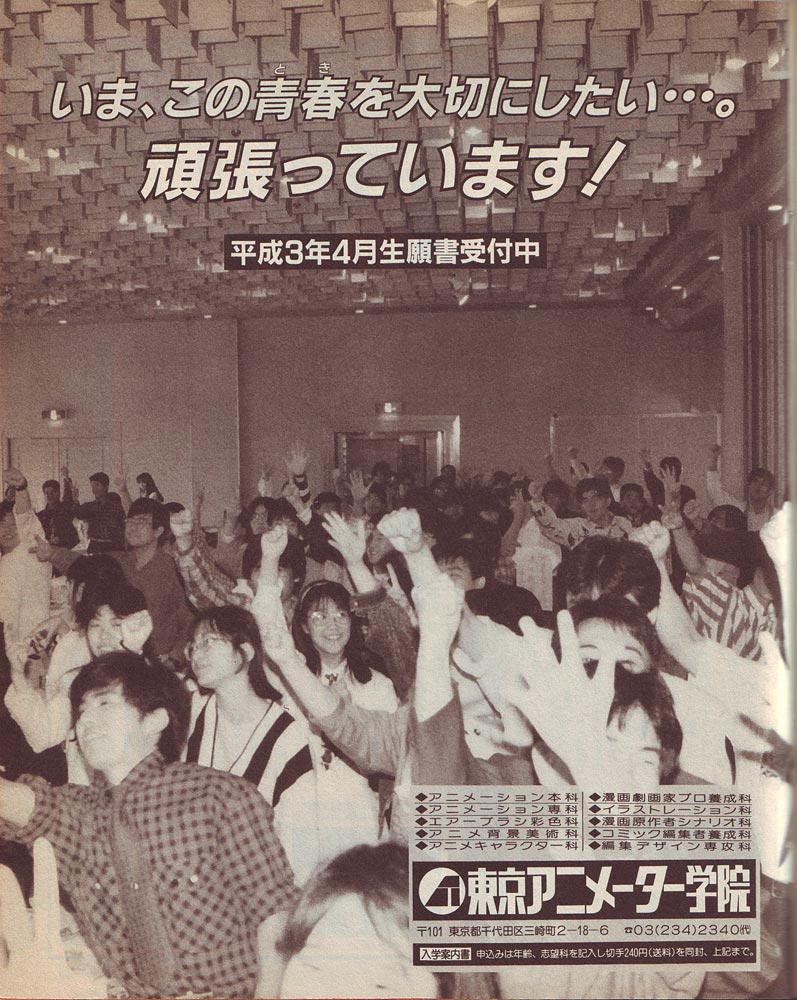 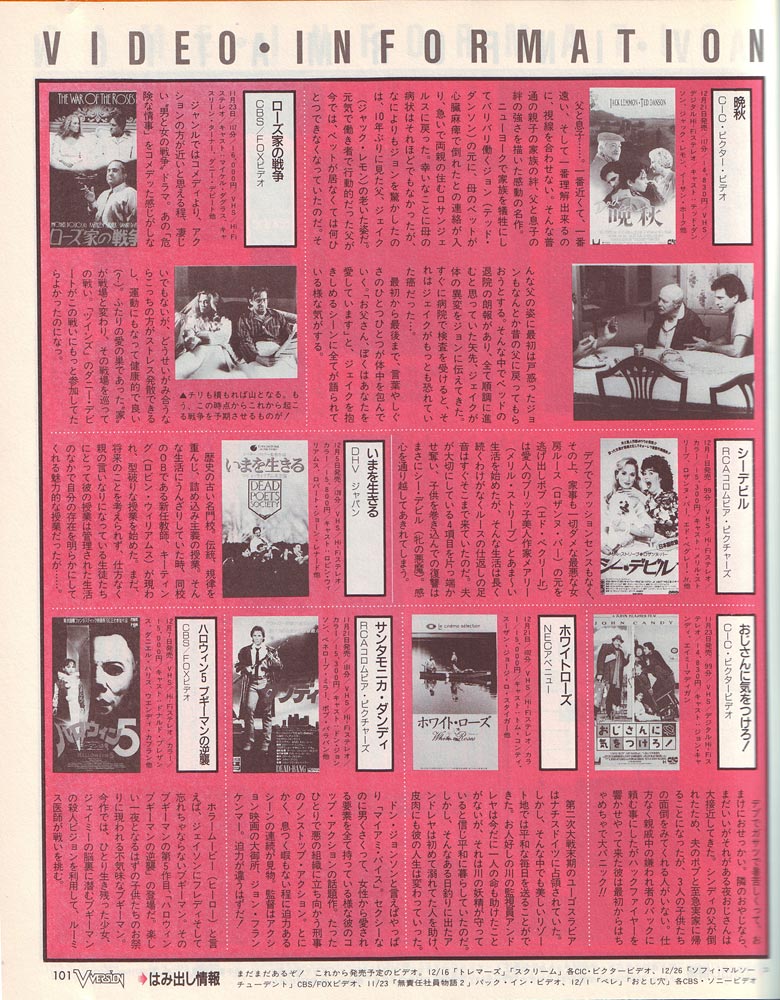 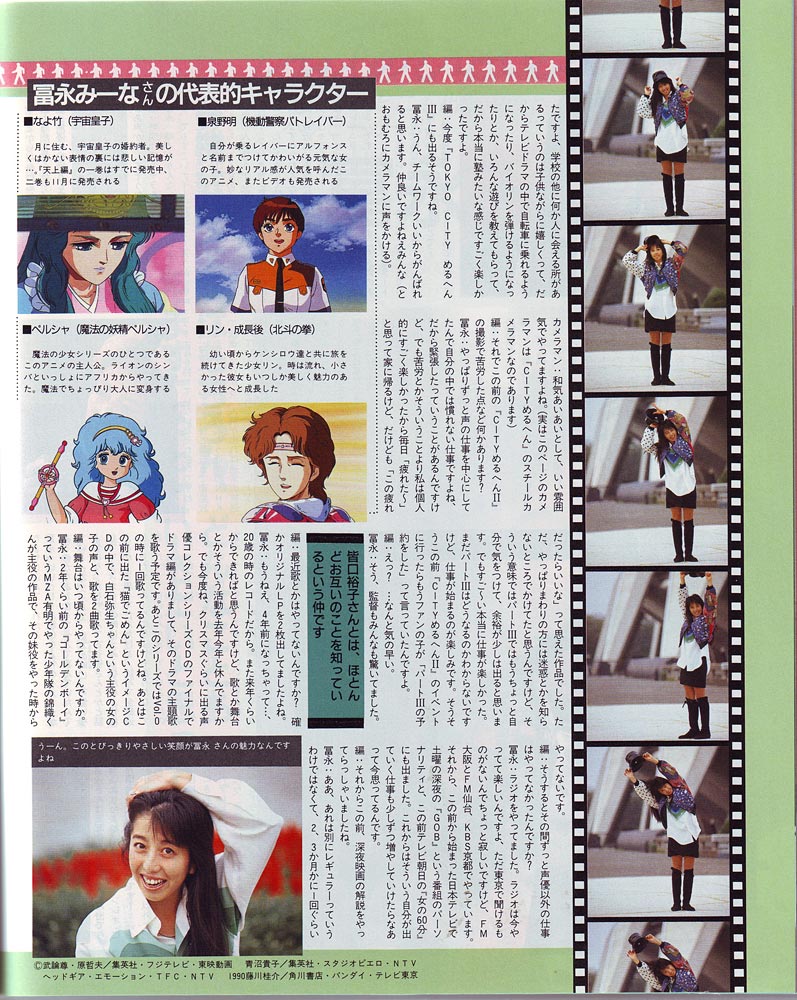 I have no idea who she is. 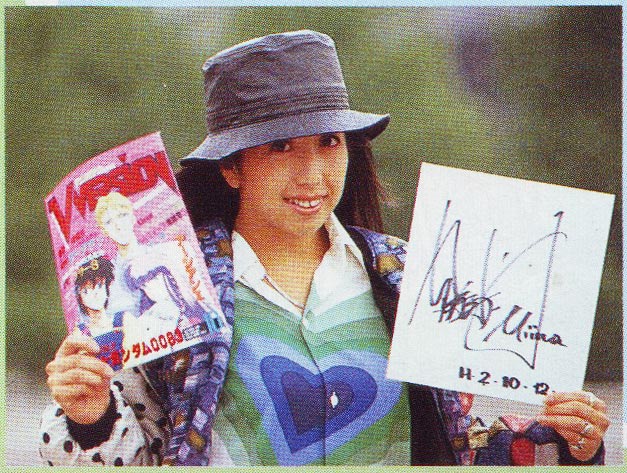 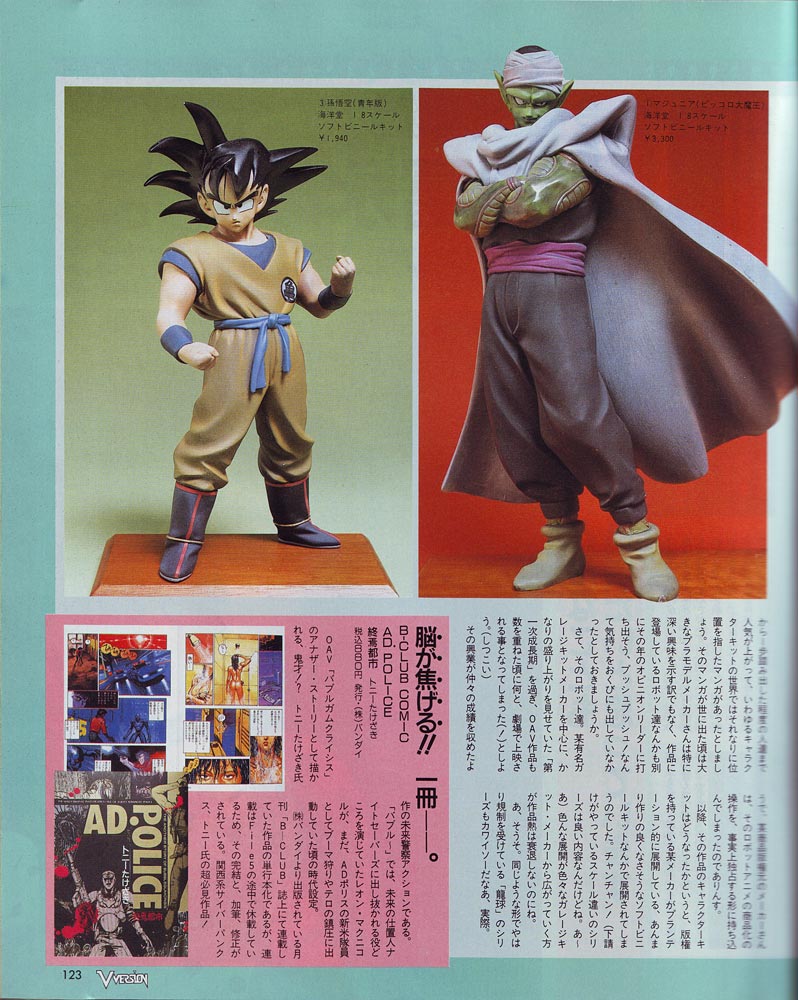 Tired of statuettes of pretty girls? Here’s an alternative. 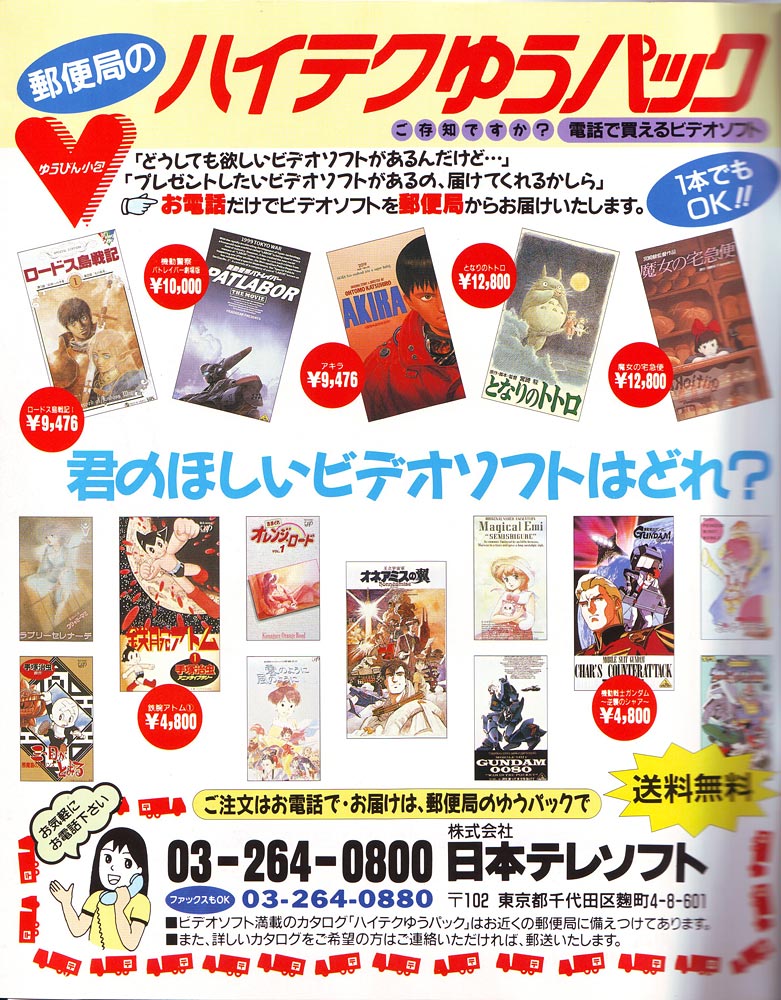 Something I have not see in any of the magazines I’ve looked at so far: cosplay. In 1990 I was still a member of the Society for Creative Anachronism and, apparently, a much more active cosplayer (albeit of a different sort) than most anime fans back then.