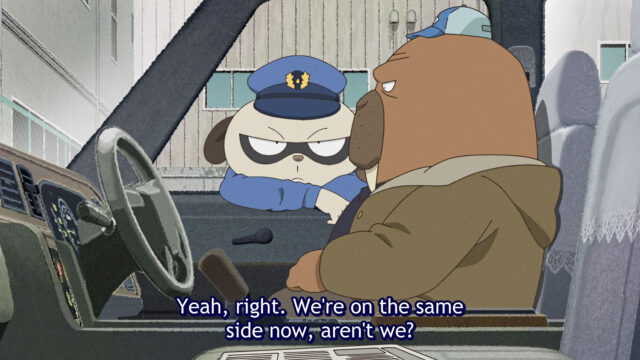 I recently watched OddTaxi in the Woods, the movie based on the noir-with-funny-animals series. It turned out to be essentially a clip show with little new material, likely confusing to newcomers and frustrating for those familiar with the show. The movie does tie off the conspicuously dangling loose end left at the end of the show, but it takes two hours to get there. If you’ve seen the series and want to know what happens, jump to the last eight minutes, and keep your finger on the pause button during the end credits. If you haven’t seen OddTaxi and are curious about this idiosyncratic story, skip the movie and watch the series. 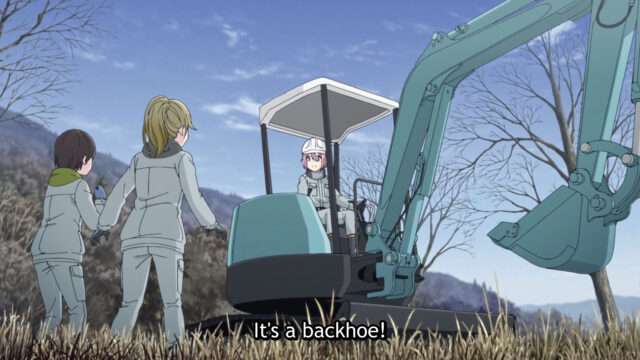 The two seasons of Yurucamp, a.k.a. “Laid-Back Camp,” in which high school girls go camping, were refreshing. It was pleasant to spend a half-hour each week with reserved Rin and enthusiastic Nadeshiko at campgrounds near Mt. Fuji, but a half-hour at a time was enough. The Laid-Back Camp Movie movie presents two hours of Rin, Nadeshiko and the trio whose names I can’t keep straight — one has a dog, one has a crooked smile, one talks too loudly — and it’s too much time and too little story.

The movie is set several years after the series. Long hair has been cut short. The girls are all young women with jobs now. They don’t spend a lot of time camping. Instead, the movie focuses on their efforts to establish a new campground. It might be possible to make an interesting show about clearing out dead grass, rehabilitating old buildings, landscaping and dealing with bureaucracy, but this wasn’t it. The Yurucamp movie is boring, and I don’t recommend it, even if you liked the original series. 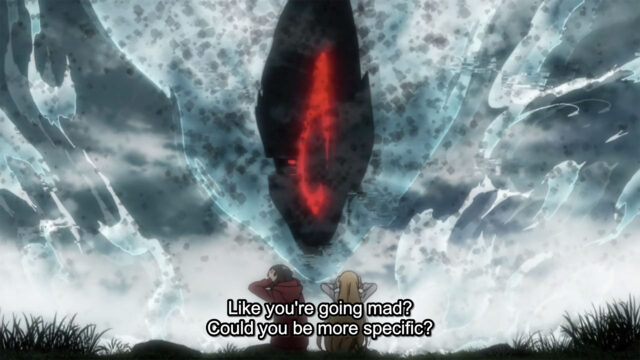 The title of Otherside Picnic piqued my curiosity, so I watched a few episodes. As the name suggests, it borrows heavily from Arkady and Boris Strugatskys’ Roadside Picnic, to which it adds various urban legends, plus a dollop of same-sex attraction. Two college-age women explore a mysterious world apparently co-extensive with our own that is entered by such means as punching the buttons of a certain elevator in a certain sequence, or walking through a particular torii at a specific angle. There they face bizarre dangers such as gravitational anomalies and alien entities, some of which can physically alter those who encounter them and play havoc with their perception of reality. Or just plain kill them.

It wasn’t bad as far as I watched it, but compared to the Strugatskys’ book it was weak sauce. Give it a try if it sounds interesting, but if you want sustained dread I recommend reading Roadside Picnic1, The Night Land, or even listening to a few episodes of Welcome to Night Vale instead.