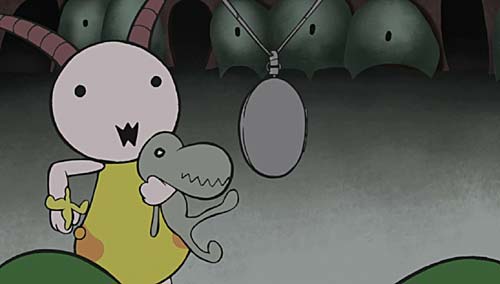 A few notes on the first episode of Kaiba:

• It’s dystopian science fiction. In this world, minds can be separated from bodies and stored on conical “chips.” There’s a market for memories and bodies, and young bodies fetch good prices. The rich, who live above the electrical clouds, can avoid death by obtaining fresh bodies. It’s a dangerous world for the commoners, who are constantly beset by automatons.

• The first episode was mostly scene-setting and action, and I don’t have much sense of the characters yet. The main ones so far are “Warp,” a boy with no memory who has a locket with a girl’s picture, an emblem of three discs on his abdomen, and a hole through his chest, and Popo (voiced by Romi Paku), who seems to be a streetwise kid, perhaps with radical political connections (though we don’t know that much about him yet).

• The art and animation are more interesting than the story and characters so far. I’ve posted some screen captures below the fold, and there are a couple of excerpts on the video weblog illustrating the quality of the animation and the strangeness. The electronic music soundtrack might be worth tracking down when it’s available.

• Visual novelties and energy can carry the show for a while, but whether Kaiba is ultimately a triumph or a disappointment depends whether it tells a good story. For now, it’s at the top of my watch list. 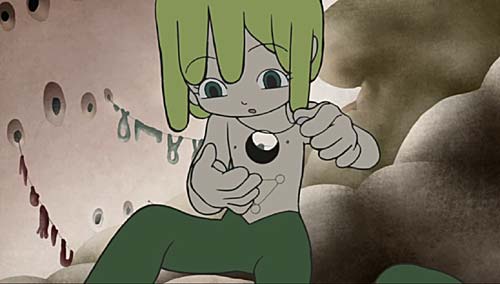 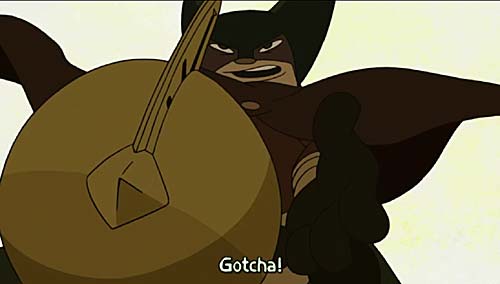 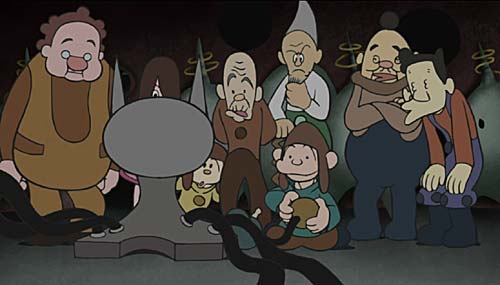 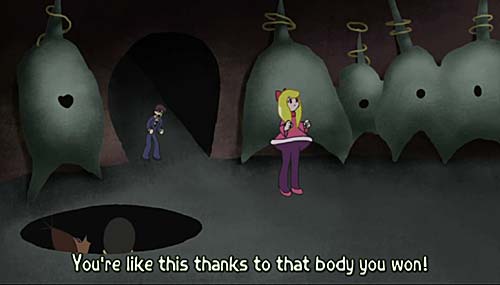 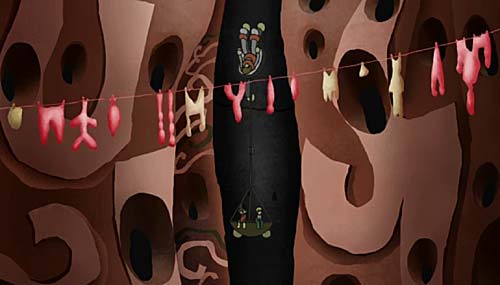 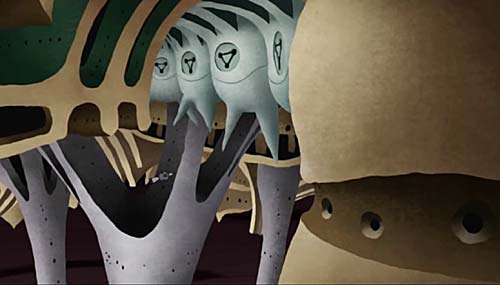 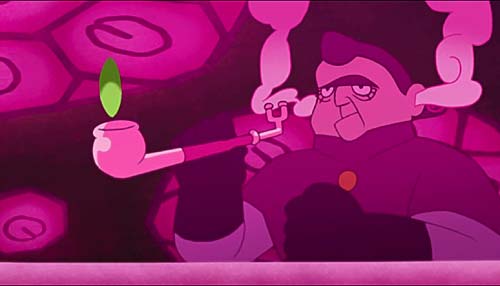 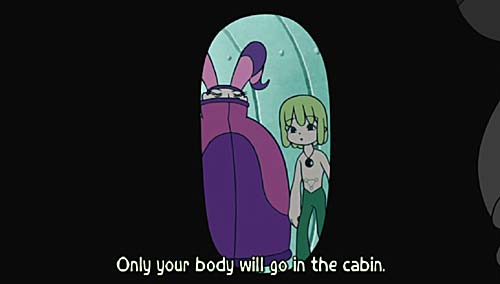 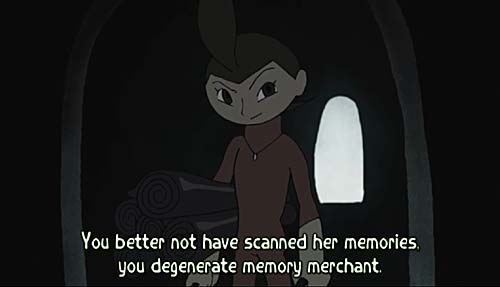 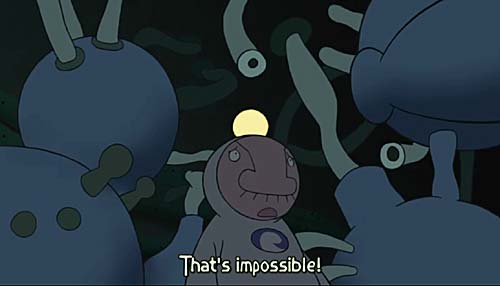 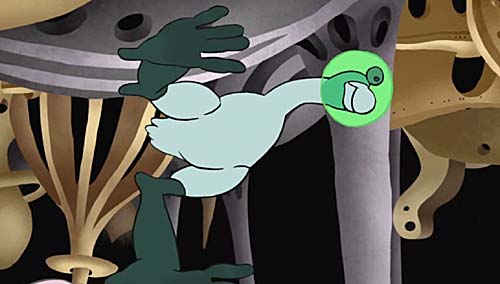 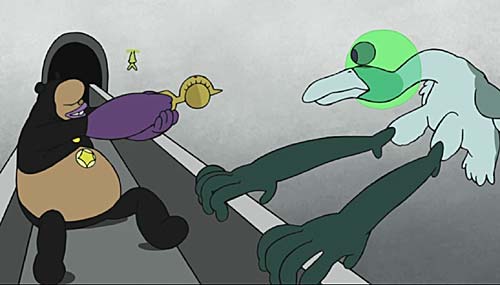