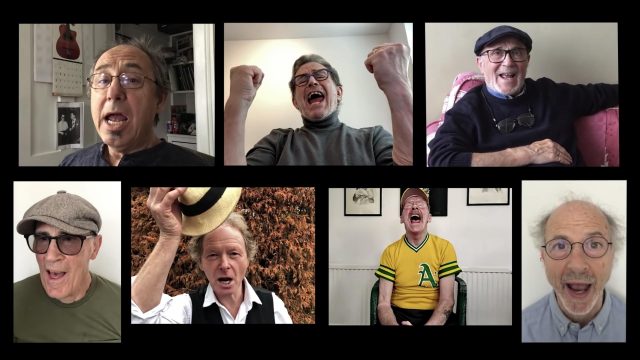 Gentle Giant, the best prog rock band of them all, split in 1980 and never reunited — until now. Here’s a fan video of one of their later tunes compiled earlier this year which features an enormous number of GG enthusiasts, plus the Giants themselves. At last they’re back together, albeit only on the same screen.