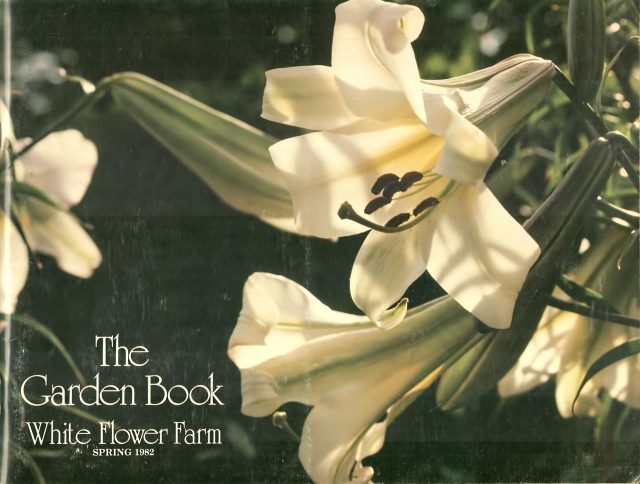 I recently received the White Flower Farm Spring 2022 Garden Book. As gardening catalogs go, it’s relatively dignified, with a University Roman flag, text that emphasizes accuracy over hyperbole, and no exclamation points. WFF prices are at the high end of the range, but in the past the plants they shipped were of consistently good quality. I might order a few items from them.

Nevertheless, the catalog was disappointing. Years ago the “garden book” was valued as much for the text as for the selections. Written by one Amos Pettingill, it had a degree of personality missing from other catalogs. Although the bulk of the text was devoted to describing the merchandise, he often digressed, as in his discussion of Exbury azaleas.

Lord Lionel Rothschild, a member of the famous banking clan and extremely rich in the days before the Great Depression and World War II, was not only a great banker but a great gardener. He was no dilletante; Lord Rothschild not only worked over every detail in the development of his lovely estate in Exbury, but he also worked diligently on breeding Rhododendron — and Azalea, a very close branch of the Rhododendron family. He spared no money in this huge breeding program, for he had started it late in life and knew it could be successful quickly only through massive expenditures. He once employed 225 men, 75 of them professional gardeners, to care for this estate of 250 acres. By working with tens of thousands of crosses, instead of thousands, Lord Rothschild used his wealth to telescope time…. Money, people are inclined to forget, is a very useful thing — whether we go to the moon or piggy-back a fine strain of plants with it.

[Anemone] pulsatilla ‘Alba’ … A white form of the A. pulsatilla group which some authorities say is not a true Anemone. Others say it is, still others argue the family resemblance is so close that there’s no difference. It looks like an Anemone, smells like one, grows like one — so in this book A. pulsatilla, with its finely cut gray -green leaves and woolly buds is listed as an Anemone. This sounds arbitrary, but when authorities disagree, ordinary plantsmen just have to take matters like this into their own hands.

He could be blunt.

Do not place the [azalea] plants too close together, certainly not closer than 5 feet, for they grow higher than a tall man and spread like a fat one.

Tuberous begonias should never be purchased by those living in extremely hot climates.

[Clematis] jackmanii species are more susceptible to wilt than others, but this is no reason for not planting the lovely things — nearly all plants have an Achilles’ heel. Seasoned gardeners know this, practice good culture, and as a consequence have little difficulty. The beginner who won’t accept the facts of plant life, of which this is one, should interest himself in something else.

[Helleborus] niger … This is one of the most over-promoted plants in horticulture. Because Helleborus does bloom in cold weather, it is hard to pick up a gardening magazine in early spring or late fall without finding a headline, “Helleborus — it blooms through the snow.” And so it is pictured. Wise gardeners know that no plant blooms when the ground is frozen solid, so Northerners should not take the admen literally.

Pettingill is no longer with White Flower Farm. In fact, he never existed. The nom de plume was assigned to the writer hired to produce the copy for the catalog. Assuming the identity of the fictional plantsman allowed the writer to give the text character and individuality missing from other catalogs.

Old hands at gardening generally play pH by eyes and nose — good healthy growth means a satisfactory pH; the smell of good garden loam is indescribable, but on a warm spring day, when a handful smells very good indeed, your nose knows that the pH is just dandy, which should be signal enough to your head that all’s well with the myriad molds and other infinitesimal bugs living unseen but happily in that handful of good earth. 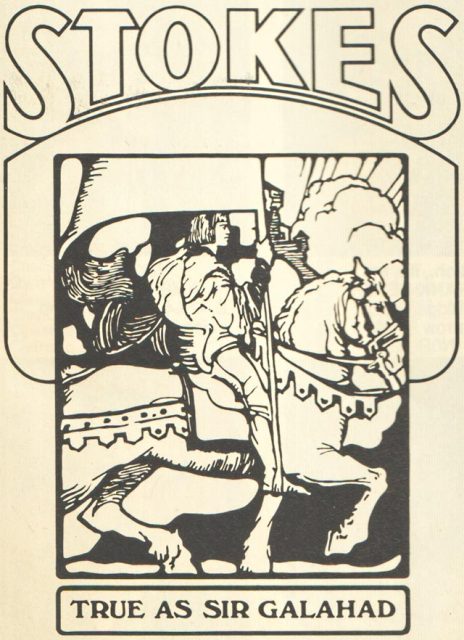 While searching for the ancient WFF catalog, I came across an old “growers guide” from Stokes Seeds. Stokes primarily catered to professional growers — the catalog listed prices for quantities of pea and corn seeds up to a thousand pounds — but also did business with home gardeners. The listings were particularly interesting in that they usually included the number of seeds in an ounce. There are approximately 175 nasturtium seeds to an ounce, for example. Sunflowers are 500-700 to an ounce; sweet peas, 200 to 300. At the other extreme, petunias are 200,000 to 300,000 per ounce; lisianthus, 625,000; exacum, a cool million. There are 640,000 calceolaria seeds to an ounce, and one-sixteenth of an ounce cost $117.70 in 1993. That would be about $227 in 2022 dollars. Ounce for ounce, that’s roughly double the price of gold.

Stokes nowadays deals only with commercial customers. A few years ago they spun off their home gardening business to Territorial Seed Company. Though the latter is missing Sir Galahad, their offerings are worth a look. If you are interested in growing fractal food, for instance, this might find a spot in your garden.