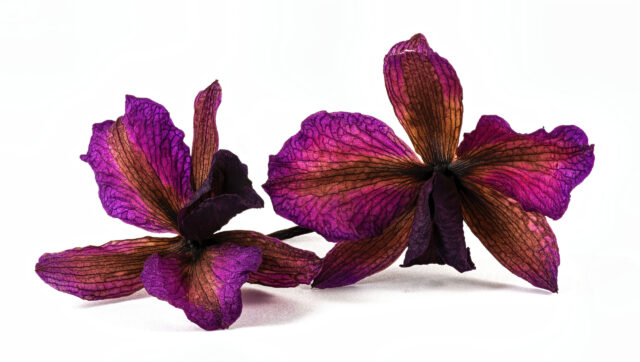 Each of the very red Cattleya flowers lasted a full four weeks. Even after they finally fell off the plant, they retained their form and pigments. They look particularly colorful when illuminated from the back. 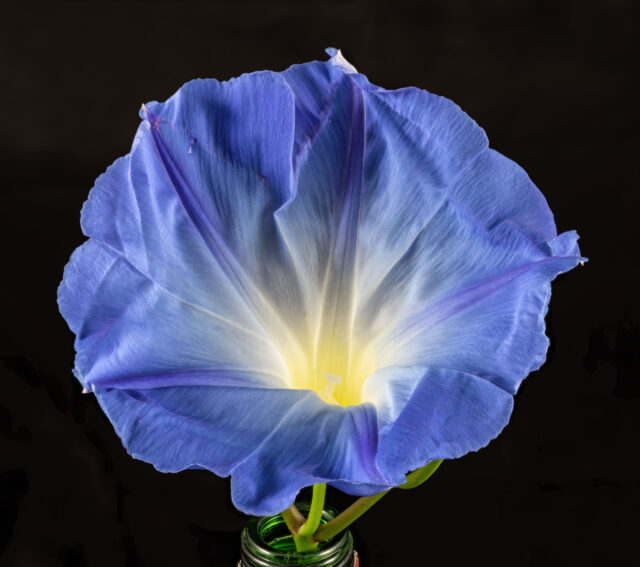 The freakish freezes earlier this week wiped out most of the morning glories before they bloomed. Not all, though: those growing on the fence under a mulberry tree survived. Apparently the canopy of leaves conserved enough heat that the vines were able to weather the 24°F temperature. Those particular plants were lagging behind the others, though, and they still might not bloom before the next hard freeze.

The afternoon before the first freeze I cut the flowering stem that was furthest along and put it in water inside the house. Today the first and probably last flower opened; my efforts were not completely in vain. Much as I like the color blue, though, I probably will grow something else next year.