I watched the first episode of Mouretsu Pirates twice in two days. The last series I did that for was Madoka a year ago. Pirates has a lot in its favor, including:

A meganekko with a hime haircut and a sailor suit.

A bunny, a ducky and a pink bobblehead pig. 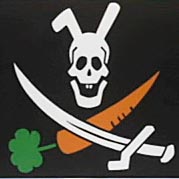 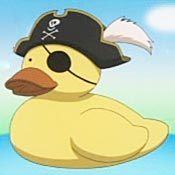 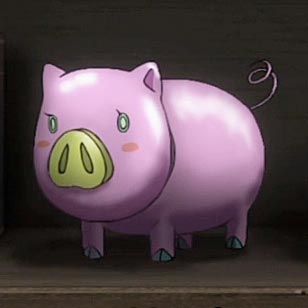 An absence of in-your-face fanservice. ((No surprise, given that Sato’s Shingu featured an outstanding example of anti-fanservice.))

The positives greatly outweigh the negatives, and Mouretsu Pirates looks like, at the very least, a fun show. With Sato at the helm, there’s a good chance that the series will be a satisfyingly complex story and not just an excuse to put pirate hats on pretty girls.

A bit of music:

It’s not just for humans.

(The latter via John C. Wright.)

2011 is over. Good riddance. It was a thoroughly crummy year for me, ((2011 was a good year for volcanoes.)) and I am not going to compile any retrospective posts. If you want to know about the year in anime, see Ubu’s recaps here and here.