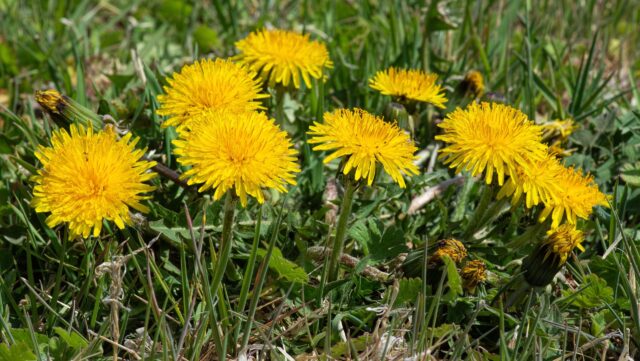 Dandelions put on a terrific show, with abundant vivid yellow flowers on compact plants. If they were temperamental and difficult to cultivate, they’d be among the most impressive plants in a garden. However, they’re all too easy to grow, and I will shortly need to start mowing them and the henbit in the yard. 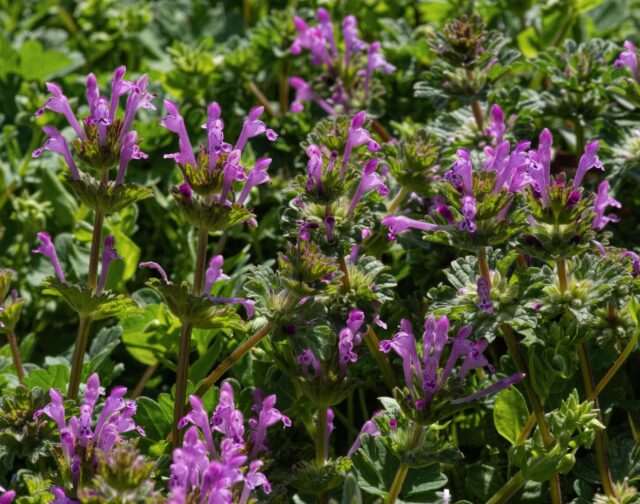 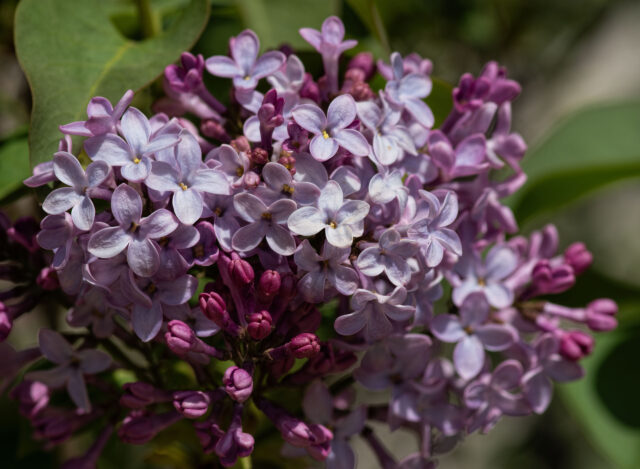 The lilac is blooming again, this time when it’s supposed to. 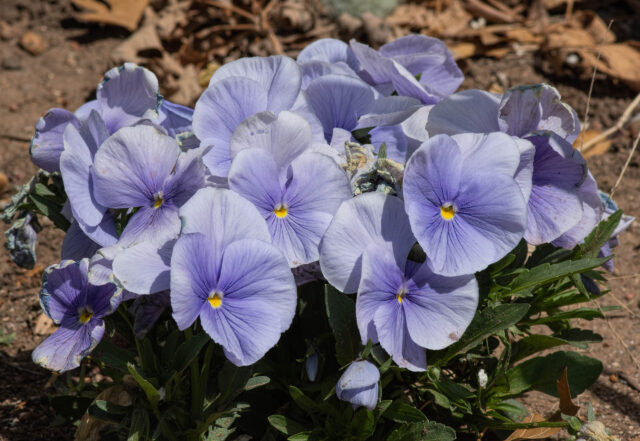 Some of the seedlings that will be planted outside in the next few days. The Dahlberg daisies and portulaca in front are under whitish LED grow lights; the linum and coleus in back are under “blurple” lights that produce light mostly in blue and red wavelengths. Both kinds of lighting work well, but plants look better to human eyes under the white ones.

I planted a bunch of bulbs back in October. Most were from Walmart, but there were also a few lilies from The Lily Garden and thirty-seven species tulips1 from White Flower Farm. Nearly every bulb from Walmart came up, though not all of them bloomed — about what I expected. Five of the seven lilies have shown themselves. They really are late to emerge, and it is possible the two stragglers will yet pop up. The tulips, however, were a major disappointment. Only seven showed any signs of life this spring, and of those, just two bloomed. Small species tulips have done well for me in the past, and this was a major disappointment. The bulbs looked fine when I planted them; I would guess that the extended warm fall weather — winter didn’t arrive until the end of December — did not suit them. Just the same, if I decide to try again with tulips, I’ll find another source.