Moving to a less urban area does have drawbacks. E.g., active railroad crossings. This train blocked my route for a half-hour earlier today. I would guess that it was traveling between five and ten miles per hour, say seven-and-a-half mph, so I watched roughly three and a half miles of train. 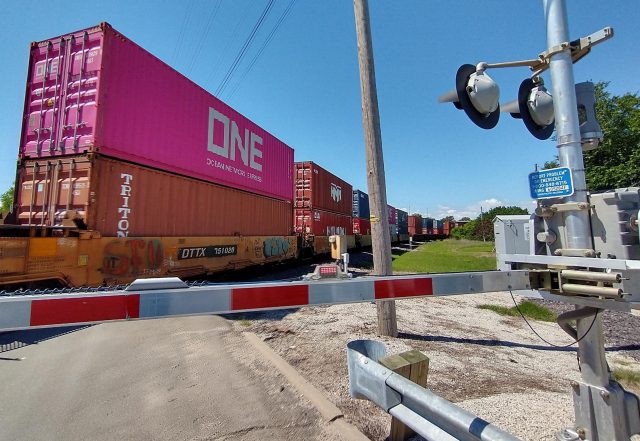