Some nonsense to pass the time while I wait for the plumber to replace the water heater so I can take a shower for the first time since Friday:

Everyone is linking to this, and so am I: I love the sound of a good fisking in the morning.

Fifty shades of something:

31. Ethereal Eggshell: Applied properly, this creates the absolutely vital impression that you do not sweat, menstruate, consume, or digest food.
32. Invisibility Indigo: Have you given birth to a child while not being a duchess? Are you over thirty in a town that is not New York or Los Angeles? Hush, you are a ghost. Ghosts are pretty when they are invisible.
…
42. Shame Scarlet: One of our favorite DIY looks! You can assemble it out of almost anything: fat deposits, acne scars, stretch marks, skin irregularities, makeup purchases, food preferences, and, our personal recommendation, failure to meet expectations compounded by the fact that you weren’t supposed to try.

I recently posted a little “spot the girl” quiz. Here’s another, more challenging one. 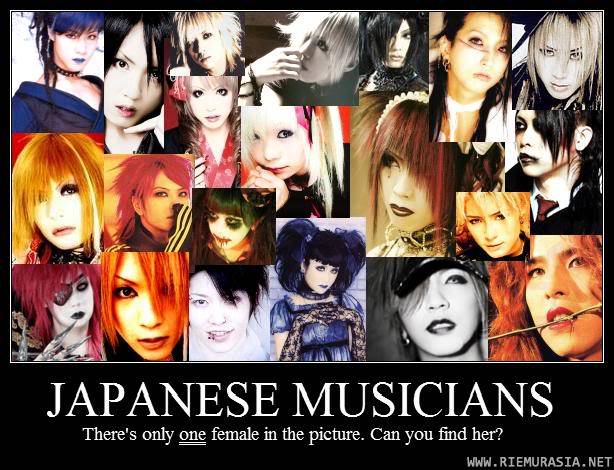 No, I don’t know which one she is, either.

Burning Hopsital – Intended for one of their special Feis Isle bottlings. But the producers felt that given their already pretty complicated distillery name the customers might be overchallenged by the pronunciation.

Tolkien’s original translation is justly famous and beloved. He treeherds an unwieldy ancient text into lyrical modern English and captures the vast scope and romance of the epic.

It is also deeply flawed.

Tolkien refers to Quendi people as “elves,” a common term in his time, but considered highly offensive today. And while Tolkien was a great scholar of the Quenya and Sindarin languages, his command of Late Vulgar Adûni was rudimentary at best, and his translation of the Red Book suffers for it.

Peter Jackson to film the Silmarillion, in 72 parts.

Sylvain Chomet, the creator of The Triplets of Belleville (recommended), tells the story of La Vieille Dame et Les Pigeons.

An evening with Richard Thompson: