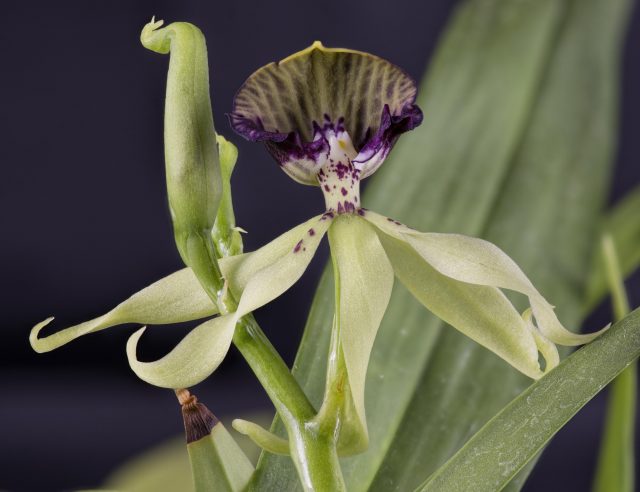 I found a little Christmas present in my indoor garden. The Prosthechea cochleata which I got last July opened its first flower on December 25. I would characterize it as “interesting” rather than “pretty,” but interesting it is. Despite its eccentric appearance, it’s in the same branch of the orchid family as Cattleya, the classic corsage orchid.

The Epidendrum that I picked up back at the beginning of November is still blooming and looks like it will continue indefinitely. It’s also a member of the Cattleya alliance.