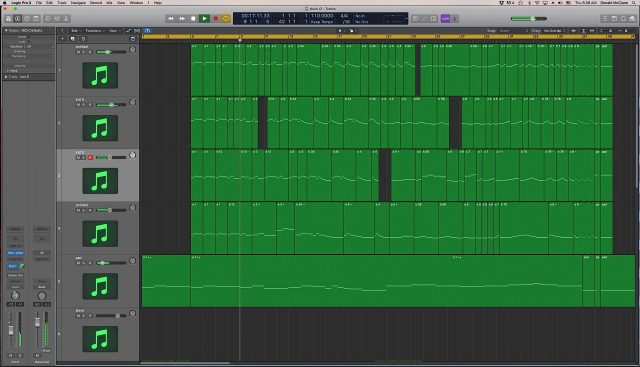 I was curious to see what you would get if you took an old fiddle tune and gave it the Terry Riley treatment. Here’s “Cluck Old Hen,” chopped into little phrases, the pieces treated like the elements of Riley’s “In C.”1 All the sounds are the AAS Chromaphone.

And it’s okay, I guess. “Cluck” is not a complex tune (though a good fiddler will add some piquant slides and double-stops), mostly four-square rhythmically and only slightly odd melodically. The result of the manipulations is pleasant-sounding but not really interesting in itself, like wind chimes.2 It might be useful as background music, but it’s unlikely to hold the attention of an active listener for long. Riley’s piece sustains interest as well as it does in part because the 53 phrases it’s made of vary widely in length and rhythm, producing complex patterns when combined.

One minor point: This was the product of an evening’s work from beginning to end. In contrast, writing music the usual way, note by note, measure by measure, takes much longer. Sometimes a mere eight measures is a very good evening’s work.

For a very different version of “Cluck Old Hen,” see The Waybacks.