In case there is anyone reading who has just logged online after spending the past ten years in suspended animation: Venus will be passing in front of the sun, starting any minute now. There’s plenty of information about the transit here, including links to numerous live streams. You can also follow the event on the Astronomy Picture of the Day.

Tomorrow is the 100th anniversary of the Katmai/Novarupta eruption, probably the most violent event on earth in the 20th century. I don’t have time to write about it, but I expect there will be commemorative posts at volcano blogs such as Eruptions. Update: ~5,300 Nimitz-class aircraft carriers per hour.

Update: Open the APOD image in another window to see it at full size, 4096 pixels square. 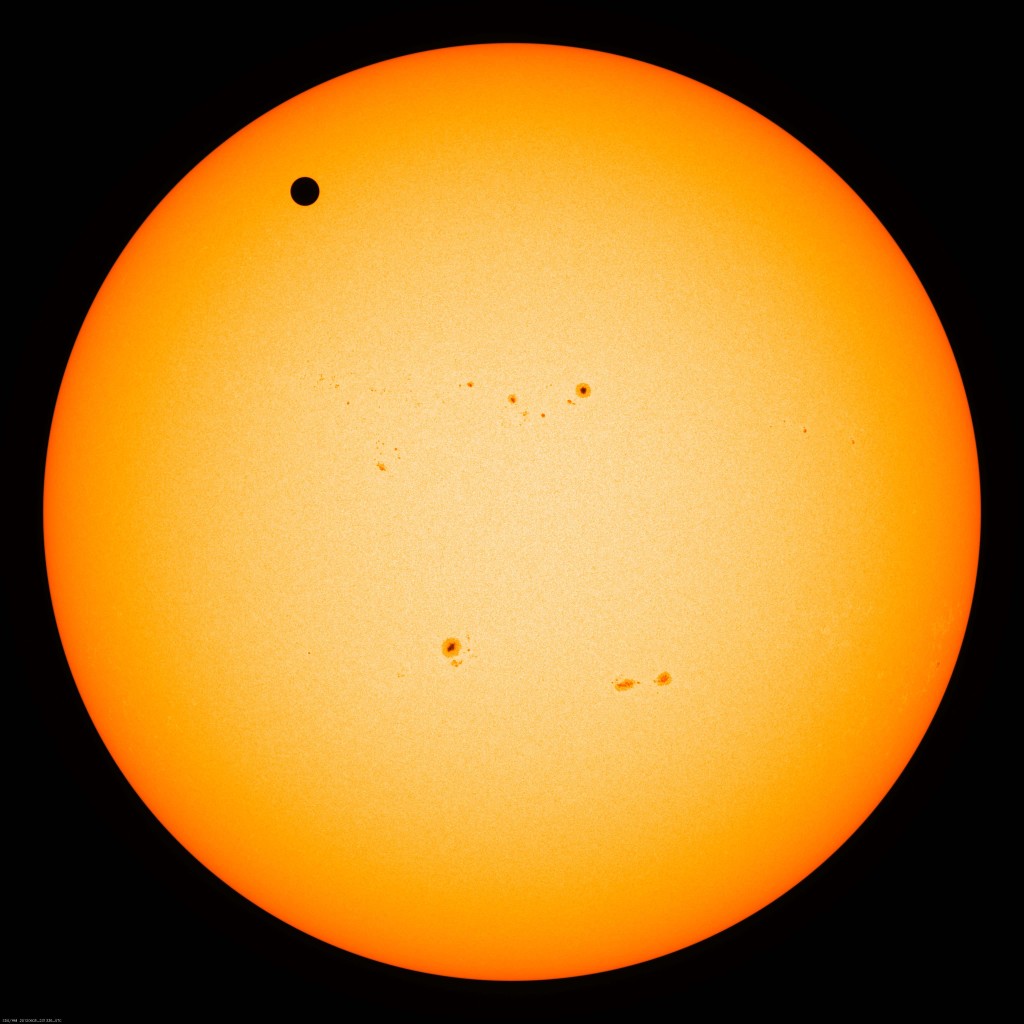 Fred recently discovered Komar and Melamid. I first encountered them half a lifetime ago when they made an appearance at Wichita State. Their schtick then was that they bought and sold souls. They were particularly proud of purchasing Andy Warhol’s. The business wasn’t as lucrative as they had hoped, though, so by then they only accepted souls on consignment.

They came to Fred’s attention through their fusion of musicology and statistics. By polling, they attempted to define the characteristics of the “most wanted” and “least wanted” songs, and then realize the songs. I’m afraid that I’m the in the 28% that dislike the wanted song. The unwanted song, however, is an amazing hodgepodge of accordion, bagpipes, tuba, banjo, operatic soprano and obnoxious kids, and it’s worth 22 minutes of your life. Once will probably be enough.

Oh, yeah, Komar and Melamid are painters, too.

Mr. Darwin is the son of a planetarium lecturer. He reminisces about the artificial skies here.