Steven found a nice set of Flash puzzles. Some are easy; others are trickier and require finesse to solve. Don’t click on the link unless you have at least a half-hour to spare.

By the way, you have four days left to figure out this year’s little number puzzle while it’s still timely. What is the next number in this sequence? It’s not 71.

(This is the American version. In other countries, the sequence is:

The solution is the same as for the American version.)

A couple of timely poems by Kobyashi Issa, via another Steven:

New Year’s Day–
everything is in blossom!
I feel about average.

New Year’s morning:
the ducks on the pond
quack and quack.

I haven’t watched enough anime this year to warrant a year’s end summary. Instead, I’ll refer you to DiGiKerot’s. (I fully concur with his award for Katanagatari. Learn to use spoiler tags, folks, and don’t describe plot twists in the first few sentences of your posts.)

Grades for the 2010 shows that I watched more than two episodes of:

Asobi ni Iku Yo — C+ (B+ for the story and characters, minus a letter-grade for excessive fanservice.)
Katanagari — A
Kuragehime — Incomplete (A, if the second season that had better be in the works is as good as the first; otherwise, B, for too many dangling threads)
Summer Wars — A
The Tatami Galaxy — A

There’s much else I watched part of an episode of, but I have less and less patience for drivel, no matter how popular. 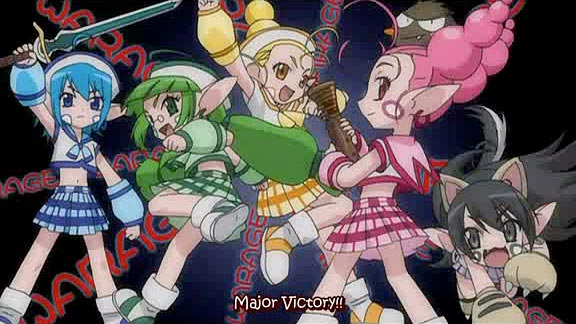 It’s about time: Steven reports that all of Master of Epic has finally been subtitled, nearly four years after it first aired. I’ve watched the first ten episodes so far (and just downloaded the eleventh). It’s yet another anime adapted from an RPG, but instead of inventing twelve or twenty-six episodes worth of plot and characaters, the makers instead made a sketch comedy out of it, something like a fantasy Saturday Night Live. The skits often fall flat or run on too long, but enough of it works to have sustained my interest over the years. 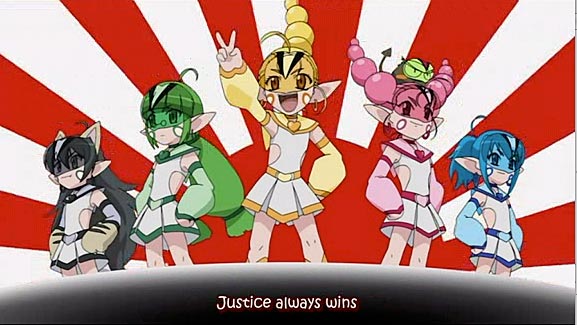 Update: I finished Master of Epic. It’s not “terrible,” but aside from the “Waragecha Five” segments, too much of it is too lame to recommend. It’s a pity; with better writing, Master of Epic could have been a effective treatment for overexposure to MMORPGs and fantasy worlds.

Here’s a quick little number puzzle for the new year. What is the next number in the sequence? It’s not 71. What does this sequence represent?

I posted a similar puzzle on my other website a year ago. When is the next time this sort of puzzle will be timely?

… to Angela at mommy bytes, who figured out my little number puzzle.

Here’s a quick little puzzle for the new year: What is the next number in this sequence? It’s not 70. How did I generate the sequence?

Hint below the fold.

END_OF_DOCUMENT_TOKEN_TO_BE_REPLACED

I found an application that makes jigsaw puzzles from files on my computer and exports them as java applets. Eventually I’ll figure out how to embed them in my web pages. Until then, here are a couple made from screen captures that you can download and play with:

Update: I think I have the embedding working. I’m putting the picture from Rocket Girls that I filched from Steven below the fold because it is so large that it screws up the layout.

Update II: It works in Camino, but not in Safari or Firefox — you can see the puzzle, but you can’t manipulate the pieces. Grrr. I’ll have to find another solution. Until then, here’s the .jar file: Rocket girls.

Update III: My video site is now a a video and jigsaw puzzle site.

Don’t click here if you have work to do.

Update: These were disappointingly easy, and there were only eighteen of them. Here’s a more interesting set.