Gunung Agung on Bali may be ramping up to an eruption. If so, this could be more than interesting on the densely-populated island. Agung’s 1963 eruption was VEI5, i.e., at least as large as Mt. St. Helen’s in 1980. It has some noteworthy neighbors nearby on the Sunda arc. Rinjani is visible from Agung’s summit when the weather is clear. Tambora is a bit further east.

Meanwhile, there is a state of emergency on Ambae in Vanuatu. 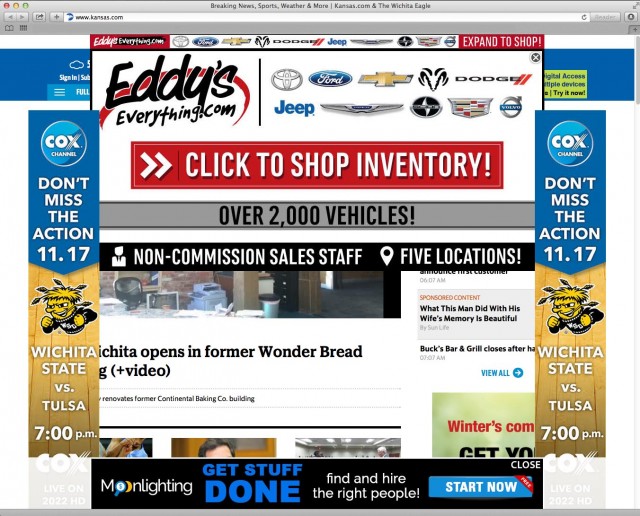 Can you find the online version of the Wichita Eagle in the screencap above? 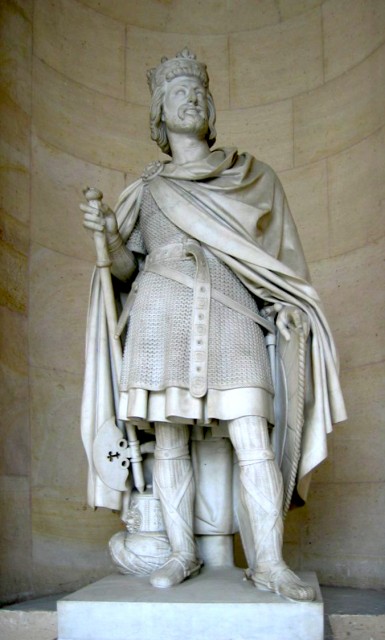 What must be recognized is that the West does no good to the world at large by committing suicide through an excess of generosity and sentiment. Where will the refugees of thirty years from now, any of them, even a small number, turn to if Europe has become part of a Caliphate? How much can the U.S. help others or act as a beacon of freedom if its already weakened economy and infrastructure are further strained by bringing in numbers of people with problems we do not have the resources to handle? And as we turn into more of a police state in response to the terrorist threats we have fecklessly welcomed in, how much do we remain an exemplar of freedom to the nations and a place of safety for others to come to? And, finally, face this: The government of Germany, or the U.S., or France, has more of a duty to protect its own citizens from terrorist attacks than it has to welcome the destitute and oppressed from other countries. That’s just a fact. There are concentric circles of duty, though it is politically incorrect to say so.

Update II: Anthony Sacramone presents some notes on that magical era when Christians, Jews and Muslims lived in harmony in medieval Spain.

END_OF_DOCUMENT_TOKEN_TO_BE_REPLACED

I’ve been listening to John Renbourn ever since I first heard Pentangle’s cover of “Sally Go Round the Roses” back in ancient times. He passed away yesterday at the age of 70.

END_OF_DOCUMENT_TOKEN_TO_BE_REPLACED 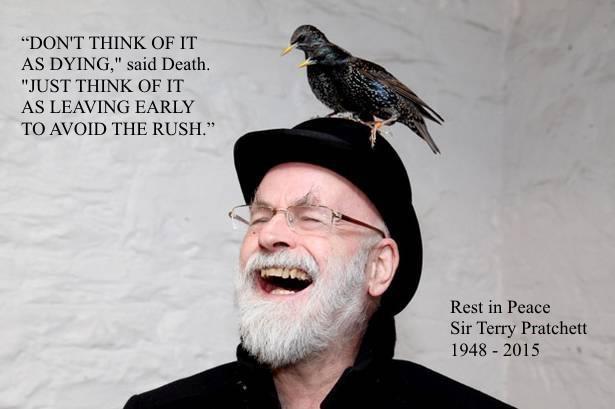 I’m not sure which writer whose books I have the largest number of on my shelves. It might be Philip K. Dick, Gene Wolfe or R.A. Lafferty. Or it might be Terry Pratchett. Pratchet, long one of my favorite writers, died today. 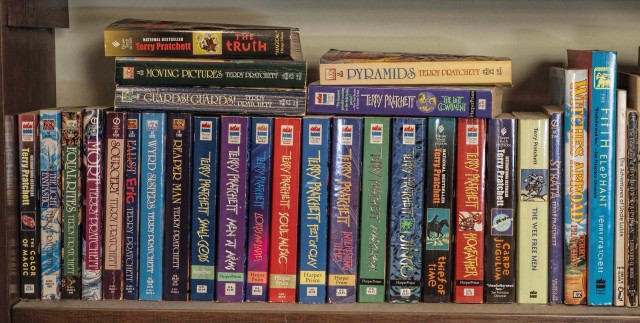 Post script: It turns out that the quote from Death in the upper picture is one of Neil Gaiman’s contributions to Good Omens.

Today it’s Ian McLagan, keyboardist for the Small Faces half a lifetime ago. 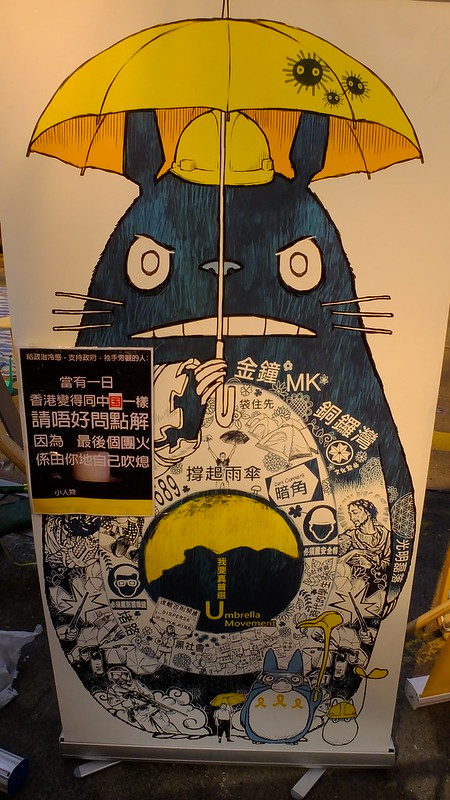 One of the photographers I follow on Flickr has been recording the sights of the “Umbrella Revolution” in Hong Kong. Her photostream is worth a look. 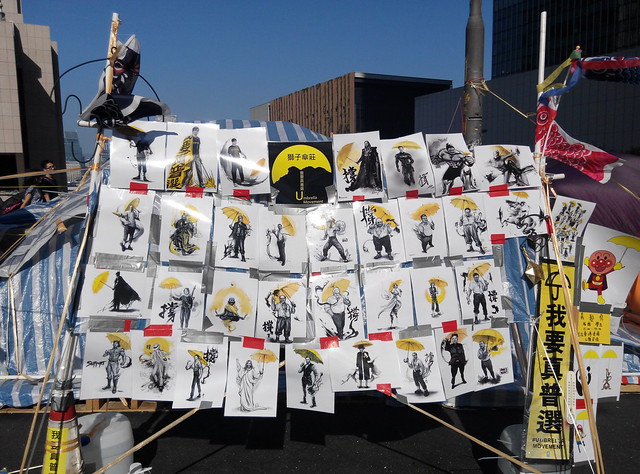 For commentary on current events in Missouri, see the professor.

It was my good fortune half a lifetime ago to spend time around Msgr. Lorenzo Albacete, who passed away recently. Cardinal Seán O’Malley, in his homily at Lorenzo’s funeral, tells some stories that illustrate one side of Lorenzo’s memorable personality.

It was also around that time when Lorenzo first met Cardinal O’Boyle the Archbishop of Washington. Lorenzo and I spent a lot of time at St. Matthews Cathedral where I was working with Rosario Corredera and the Hispanic community. Lorenzo used to drive me very often. One day, as he was wont to do, Lorenzo parked in the Cardinal’s parking space… (Any ‘no parking’ sign was an invitation to Lorenzo.) At that moment Cardinal O’Boyle was approaching and confronted Lorenzo: “who are you,” he asked. Lorenzo replied: “I am the Cardinal”. Cardinal O’Boyle, who was something of a curmudgeon, answered back: “I am the Cardinal!” To which Lorenzo said: “yes, you are the day Cardinal; I am the night Cardinal.”

It is no wonder that after his first Mass, Lorenzo’s mother asked me to bless her new apartment. I said, “But, doña Conchita, your son was just ordained.” She said, “Yes, padre, but I think he is joking.”

There’s more at the Cardinal’s site. (Scroll down to “Tuesday.”)

Today it’s Tom Magliozzi, half of the last radio show worth listening to. I don’t have a car, but it didn’t matter.

I’ve been watching Haiyan the way I watched Katrina in in 2005. This is going to be much worse. (Click the graphic to see the animation. Note the bakeneko that forms above the core of the storm.)

If this were a tornado, its sustained winds would make it an upper-end EF4. With gusts up to to 235 mph — well, you just wouldn’t want to be there.

Update: Haiyan was stronger at landfall than Camille was.

I listened to this every evening on the regional underground station back in ancient times. Some of his other songs were more popular and more listenable, but this is the one that comes to mind when I think of Lou Reed.

The Brickmuppet hasn’t scheduled a trip to Japan this week, has he?

(I would post this here, but comments are closed.)

Whether or not the Moore tornado has been forgotten depends on where you are. Here in Flatland it’s still very much in the news, providing opportunities for puff pieces on our Consoler-in-Chief such as this.

Yu Muroga was a Japanese delivery man. He was doing his round when the earthquake occurred on March 11th 2011. Like most people in the area, he did not feel under the threat of the tsunami as he was driving far from the coast. That’s why he kept on driving and doing his job.
The HD video camera on his dashboard did not only film the tremors but also the moments after the earthquake when several drivers were trapped by the tsunami waters.
The video camera was recently found by the police next to the passenger’s body.

Click on the quote above to see the video.