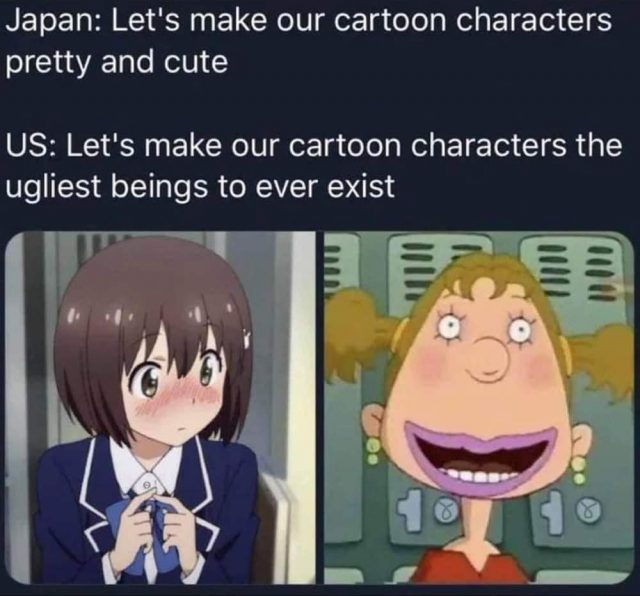 I don’t declare a show a “classic” until it is at least ten years old. It’s been a few years since I last considered what was of exceptional quality and interest. What outstanding shows have there been since then? For the years 2008-2011, I came up with three. 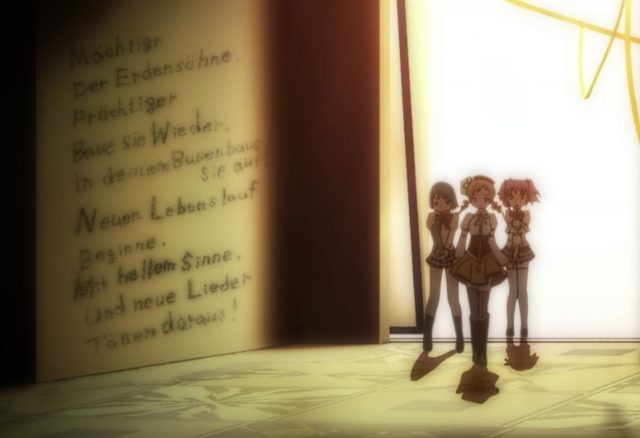 Katanagatari — I wrote about it here.

Natsume Yuujin-cho — Natsume was half-way through its run ten years ago, long enough to demonstrate that it was consistently, sustainedly good, albeit occasionally frighteningly sentimental. It can help you recover from Madoka.

I may yet declare a couple of Masaaki Yuasa’s series classics, The Tatami Galaxy and Kaiba, but I want to watch them again first.

Kuuchuu Buranko (or Trapeze, or Welcome to Irabu’s Office) almost attained classic status. Director Kanji Nakamura piles visual novelty upon novelty in this account of psychiatrist as wacko as any of his patients, and it works for ten episodes. Unfortunately, in the final episode he descends to blatant preaching and spoils the show. Like all of Nakamura’s work, it’s well worth watching if you can find it, but Mononoke remains his only series that I can unreservedly call a classic.

I have little interest in current shows, but nevertheless I periodically check the “updated” series on Crunchyroll. Once in a while they’ll resurrect a noteworthy older show. A couple of recent additions to their library: 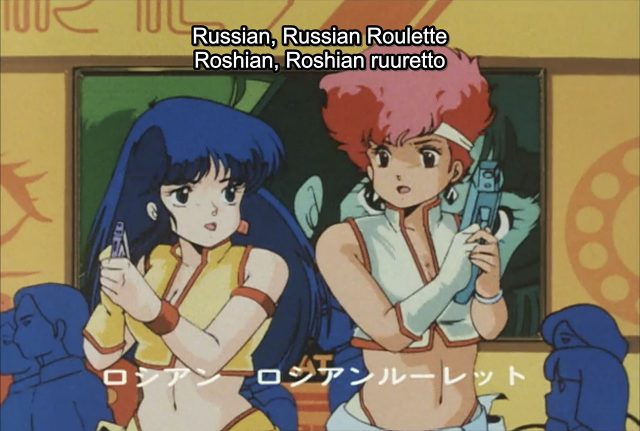 Dirty Pair (TV) — The original Lovely Angels are at their best in the OVAs, but the 1985 television series is fun, too. 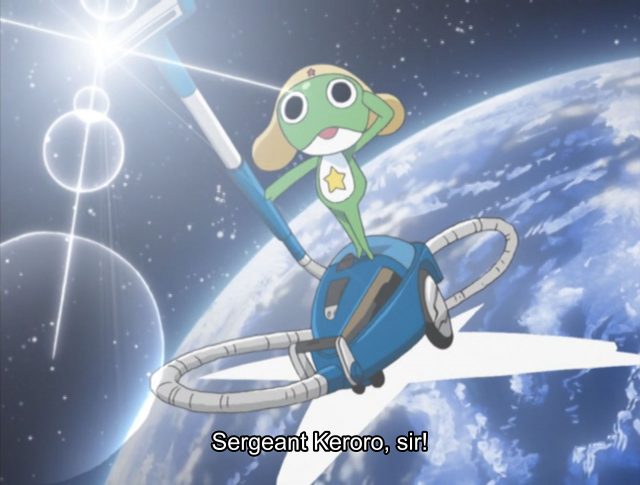 Keroro Gunsou — The account of an alien invasion gone silly started in 2003. Generally out of every four episodes, two are okay, one is dumb and one is very good, which is not a bad ratio for something that lasted 358 episodes.

Halloween is coming up in a few weeks. If you want to watch some anime for the holiday, Mononoke, Madoka Magica and Natsume Yuujin-cho all are appropriate in their different ways.

No, sadly, the only way to do truly insightful Christian SFF, done with thoughtful respect for the institutions and sensitivities of that great and ancient world-religion, while closing the cuteness gap, is to have the Japanese do it in Anime.

It was five years ago this month that we lost Steven Den Beste. Recently while browsing at Chizumatic, I discovered that four years are missing from the archives, from April 28, 2012 to April 12, 2016. Among other things, that includes much of his commentary on Mouretsu Pirates and Girls und Panzer.

Update: Pixy says that all is safe and backed up, but the server keeps crashing and he hasn’t had a chance to reactivate the blog entries.

2 thoughts on “Catching up: anime”