Gee, what a thrill it’s been. Not every generation has the privilege of living the prologue to a dystopian novel.

A year ago, I didn’t think I could possibly ever have a lower opinion of the intelligentsia; I was wrong. To all the petty tyrants and their toadies, all the experts, all the journalists and pundits, all the criminals in office, all the profiteering oligarchs, all the sanctimonious scolds and everyone else who has made this such a remarkable year, I have one thing to say: go to hell.

Enough of that. On to the stuff that mattered in 2020.

The non-classical album I found most interesting this year was Atomic Ape’s Swarm (2014). The tunes range from quasi-surf to near-Klezmer, plus a quirky Django Reinhardt cover; if I had to name a genre, it would be the conveniently vague “cinematic.”

Gryphon’s Reinvention (2018) was a pleasant surprise but ultimately a disappointment. Three of the original quartet reformed a few years ago and drafted another trio of musicians to fill out the ensemble. However, the missing fourth member, Richard Harvey, was the best composer of the bunch, and he is missed. It’s pleasant music, nicely arranged and well-performed, but the melodies don’t remain in my ears after listening, and there’s nothing comparable to “Midnight Mushrumps,” “Estampie” or “Ethelion.”

There was no Winfield this year, and no concerts worth attending in the area. There were frequent outdoor luncheon performances of lukewarm jazz during the warmer part of the year at the coffeehouse on the corner, which I did not appreciate. 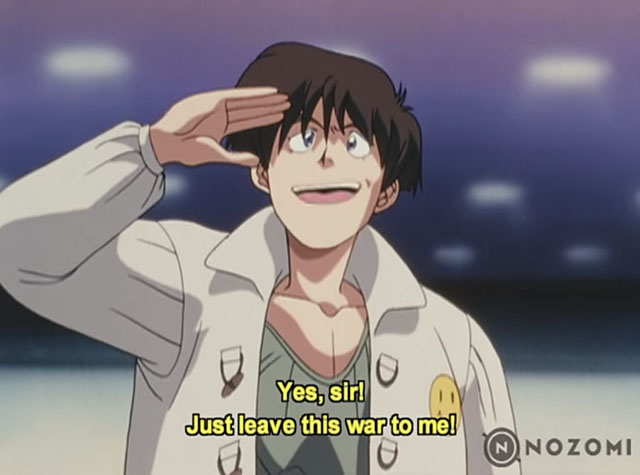 I didn’t watch anything released this year, and watched very little overall. I did sample several episodes of Irresponsible Captain Tylor, which I’d been meaning to investigate for years. Amiable flake Justy Ueki Tylor joins the space force seeking the easy life, and through a bizarre sequence of events gets command of a battleship. It’s not clear whether he’s a genius or an idiot (probably the latter), but he survives and prospers by being luckier than Milfeulle Sakuraba. It’s a funny show, but Tylor remains a flake, and I lost interest.