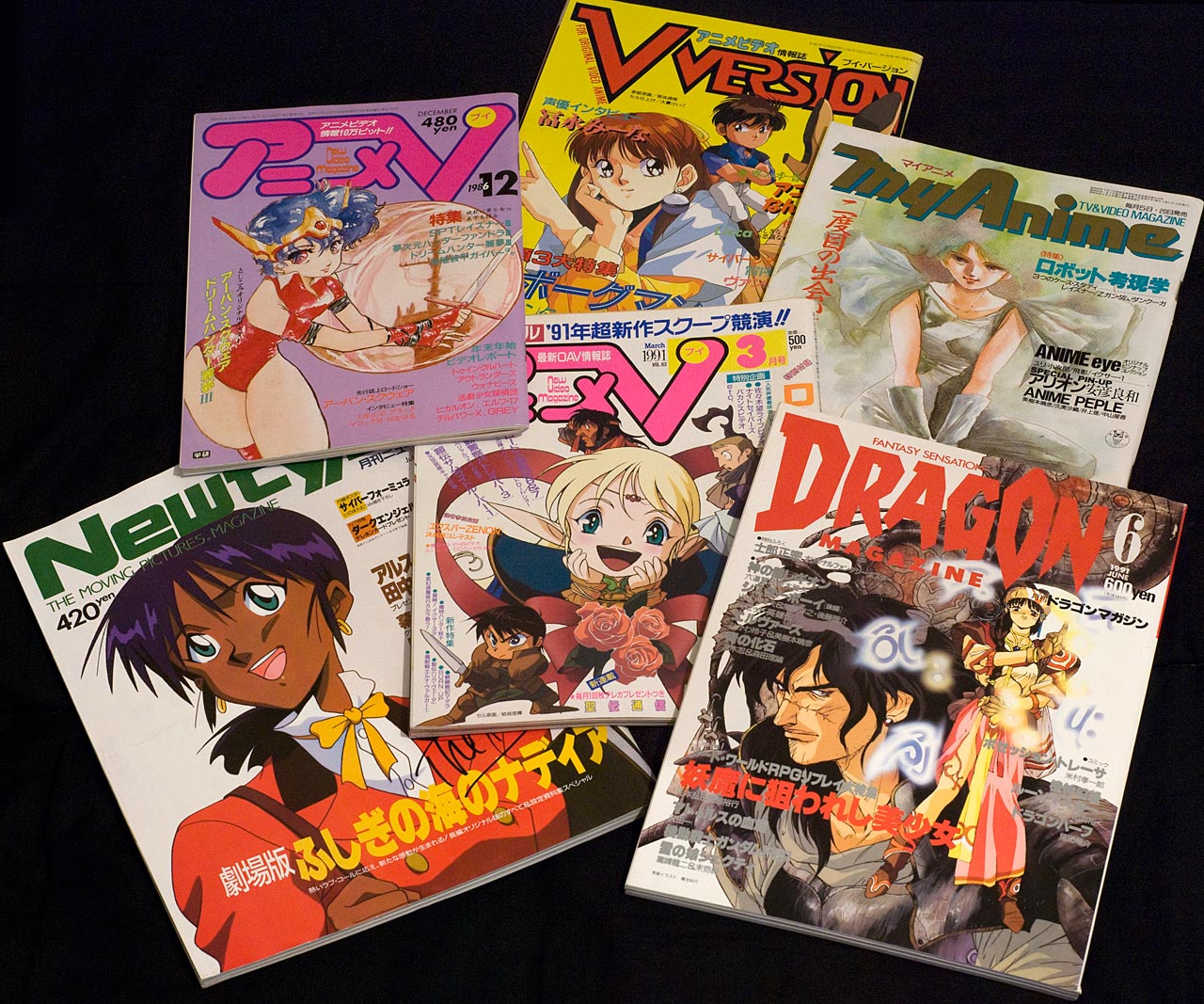 My friend Richard has been following anime since the mid-1980s, when he was stationed in Okinawa. This past weekend he brought by a box of a magazines, many 20 years old or older. Most of them are Japanese-only, and I can’t read a word. However, I can look at the pictures, and there are lots of pictures. 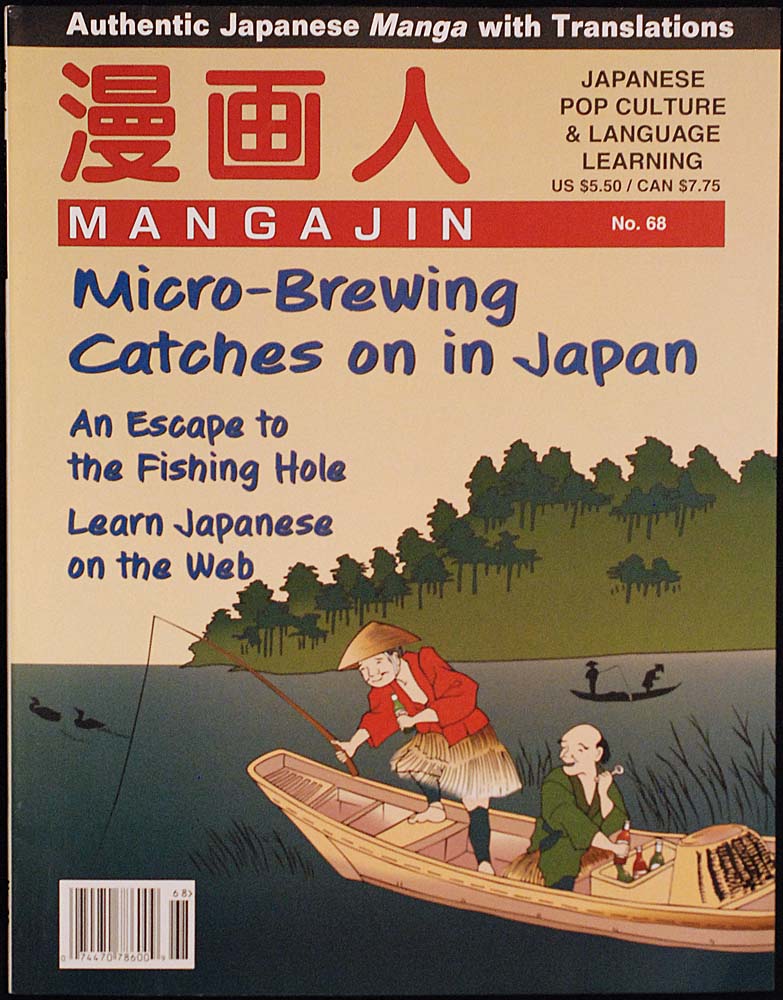 There are also magazines targeted at American fans of anime and manga, such as Mangajin. 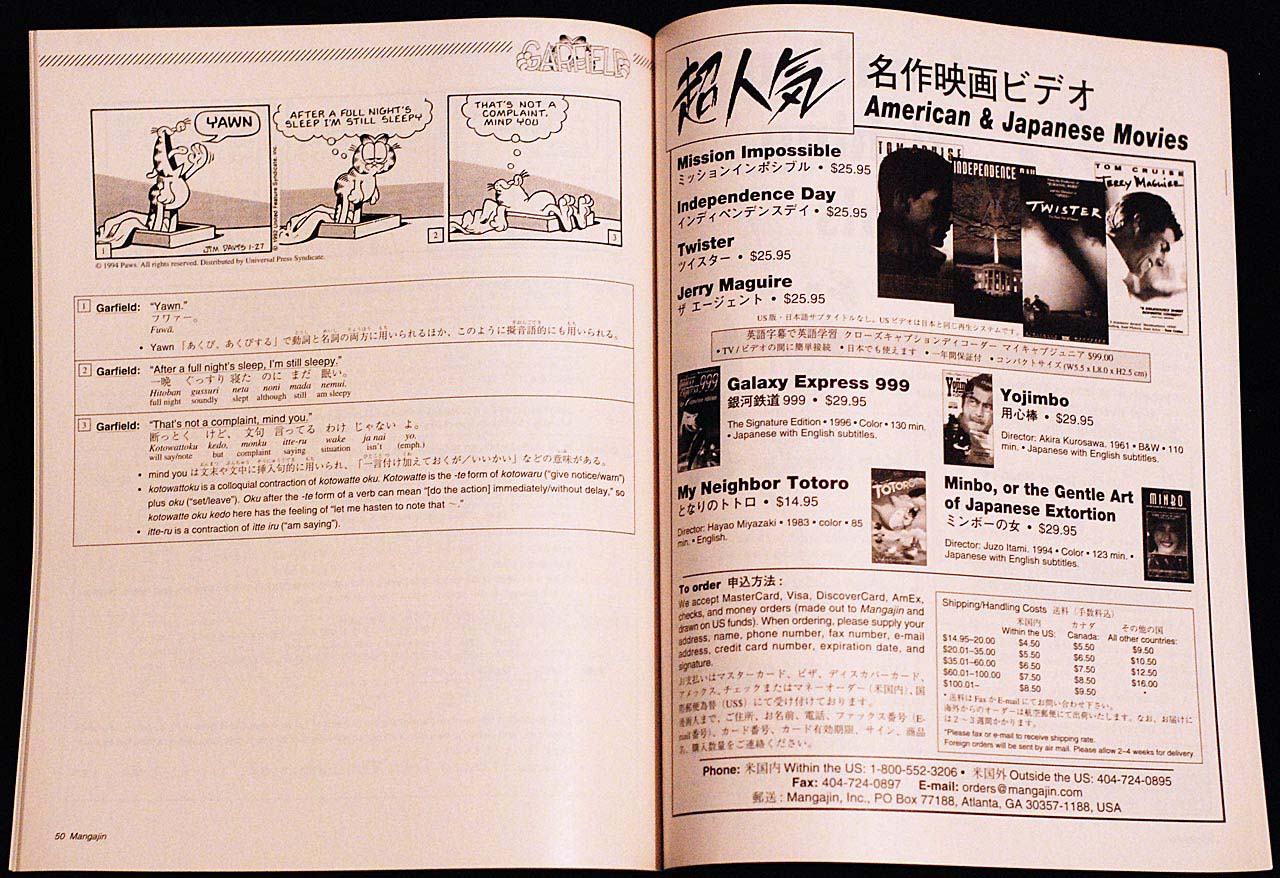 I see that there’s another Juzo Itami movie I need to see. 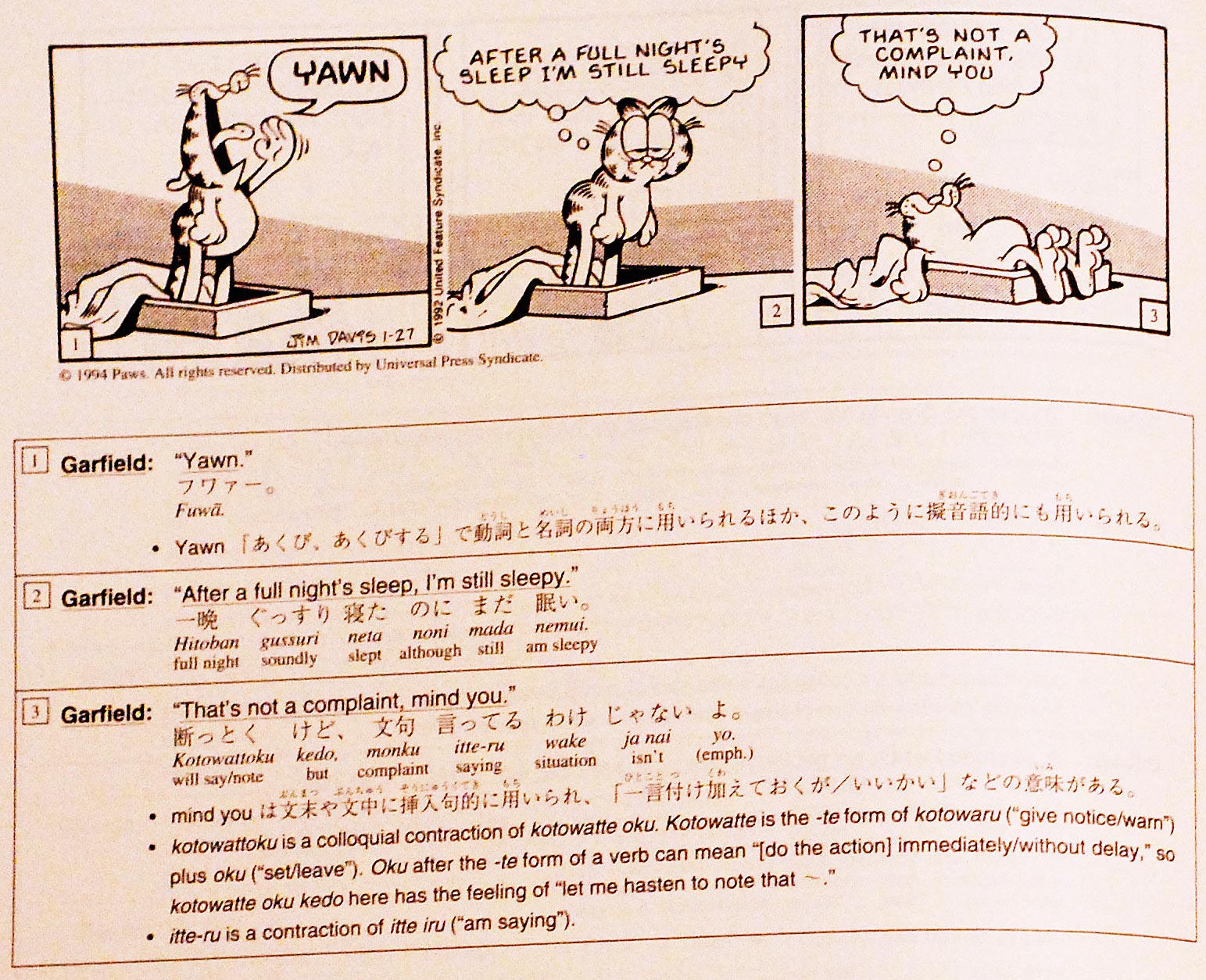 It’s going to take me a while to go through these. I’ll see if I can take a few scans without damaging the magazines. 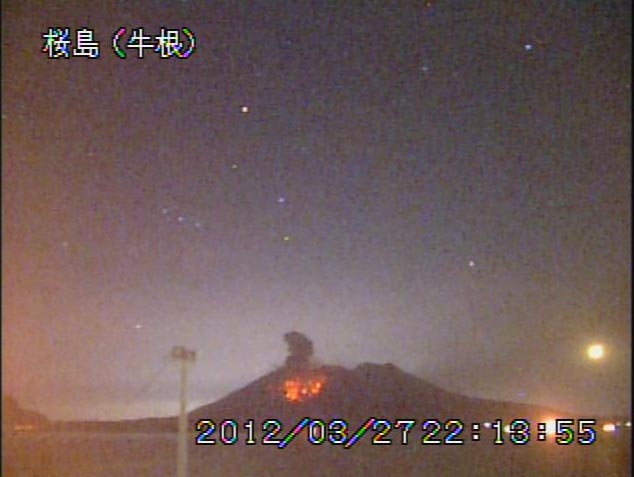 Sakurajima has been erupting since 1955. In the past few years its activity has been ramping up, to the point that you more often see the mountain with an ash plume than without. I grabbed the picture above from a webcam here (fifth from the bottom on the list) this morning. The best view of the most active crater during daylight hours is here. 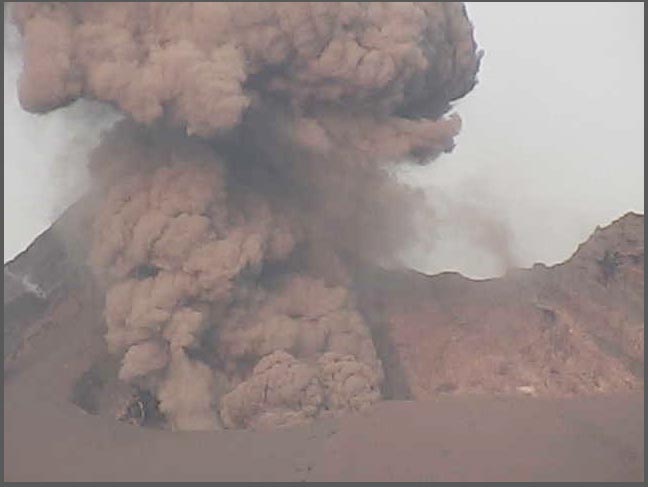 Ms. M.L. Ciccone has finally gone too far. I wonder: when Haibane Renmei is reissued, will there be a “parental advisory” sticker on the box?