Here are the answers to Thursday’s quiz. 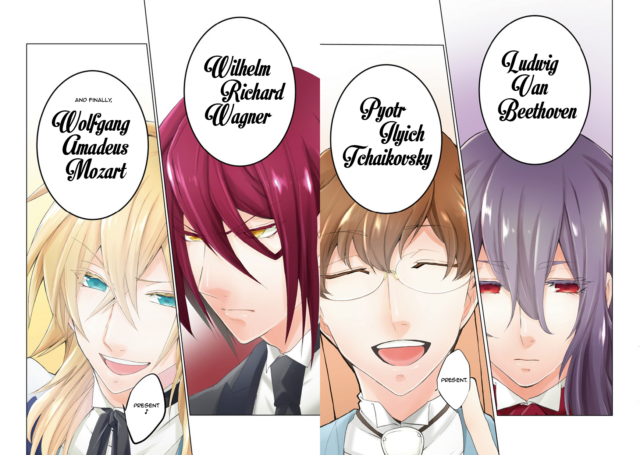 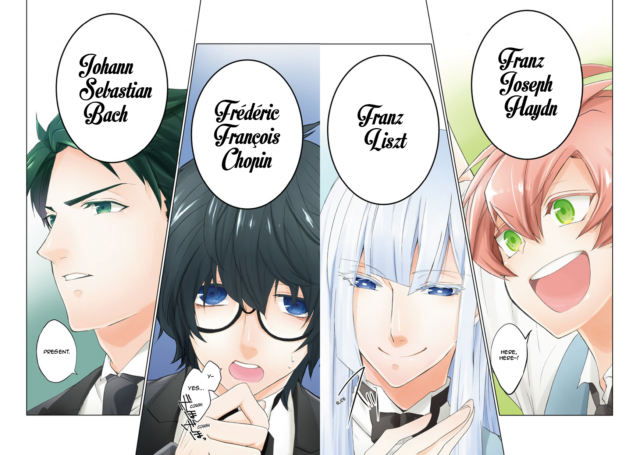 These illustrations are from the Classi9 manga. The morbidly curious can read it here.

It really is silly. Japanese student Taki Ren travels to Vienna to enroll at a music school. It’s an all-boys school and she’s a girl, but that’s not a problem — crossdressing is the national sport of Japan, if anime and manga are to be believed. Her classmates are guys like Bach and Wagner, all in their teens (except Haydn, who’s twelve). I didn’t get far into it, and I don’t recommend it except as an absurd curiosity. 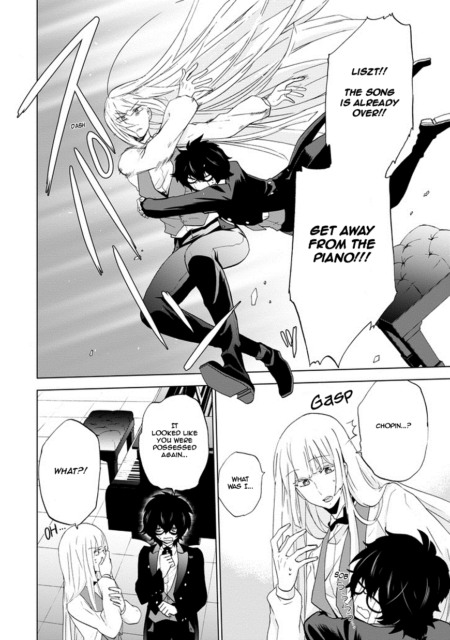 Taki is based on an actual Japanese composer. I would include a few links to his music, but YouTube has become intolerable.

2 thoughts on “Will the real Mozart please behave himself”