Let’s get rid of links, some of them old and starting to smell, beginning with a couple of quotes for a windy Thursday:

The more I see of what passes for democracy these days, the more ardently I embrace monarchism.

Political honesty means telling the voters who you are and what you promise to do—and then governing as that person and in accord with those promises. By this measure, Trump is the most honest political figure of his generation.

The answers, and some comments on education, are here.

… there’s a game everyone is playing today and it really is bad for you. Having played this game for eight years I can tell you first-hand that it really does impact the way people behave and perceive each other. And I’m not talking about in-game behavior, here. I’m talking about real, lasting consequences in the real world. I’m talking about a game that can actually change the way you see other human beings, and how you treat them. It’s a game that’s genuinely harmful and continues to impact your thoughts and behavior, even after you stop playing it.

Paradoxes of counting numbers: Chicago mathematics, or “a clown car of felonies.”

Revolution for the hell of it: Gary Saul Morson on 19th-century Russian nihilism:

Russia was also the first country where young men and women, asked to name their intended careers, might well say “terrorist.” Beginning in the 1870s, terrorism became an honored, if dangerous, profession. It was often a family business employing brothers and sisters generation after generation. Historians sometimes trace modern terrorism to the Carbonari of early-19th-century Italy, but it was Russia that gave it unprecedented importance. You cannot relate the history of czarist Russia in its last half-century without the history of terrorism. As we now associate terrorism with radical Islam, Europeans then associated it with “Russian nihilism.” By the early 20th century, no profession, except literature, enjoyed more prestige among well-educated Russians.1

(The Weekly Standard, where this article appears, may not be around much longer. If Morson’s piece becomes unavailable there, you can read substantial excerpts at Isegoria in a series of posts beginning here. Morson was also responsible for And Quiet Flows the Vodka.)

Snugly upon the equal height,
enthroned at last where she belongs,
She takes no pleasure in her Rights
who so enjoyed her Wrongs!

The notion that anthropomorphized a thousand bales of straw: a defense of “Dr. J. Evans Pritchard, Ph.D.” (It’s an old post, but I only recently discovered it.)

Four years ago, I sat across a conference table from an assistant dean with a Ph.D in the humanities who, with no evident trace of self-loathing, asked me to write bullet points summarizing the “workplace relevance” of medieval literature. (That day I confirmed that the soul really does exist, because I felt mine howling to leave my body.) 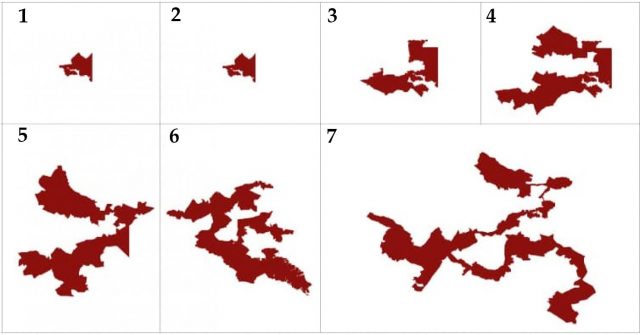 Puzzle: what does this sequence represent? The answer, with notes on “boundary violations,” is here.

One thought on “The dumping of the links”