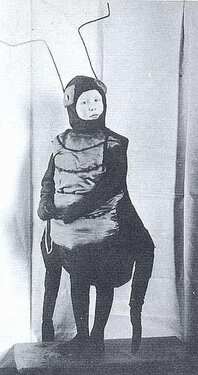 Which of the fansub groups working on Madoka produces the most accurate translations? I watch the first sub available of each episode so I can see it before the otakusphere is rife with spoilers, but for rewatches I want to view the one that best catches the shades of meaning in the dialogue.

Steven has an interesting hypothesis about Madoka:

Madoka was a mahou shoujo before, and a really good one. But she was utterly miserable, having lost her family and nearly everyone she loved to the witches. Homura was her last remaining friend, and decided to become a mahou shoujo so she could use her wish to make Madoka happy.

Homura’s wish was to give Madoka back the life she had lost, the family and friends and places that were gone. And that’s why Madoka’s life is a bit surreal, with the strange house and the school built of glass walls and everything seeming just a bit off. It is real, in a sense, but it was created by Homura’s wish.

At this point it is very clear that Madoka is a horror story involving children, closer to Bokurano than Sailor Moon. It’s an interesting exercise to watch the opening and note the misdirections and outright lies.

Since Funimation is streaming Fractale, I am not downloading the fansubs. This has been frustrating. How many more times will the broadcast be delayed? Will I live long enough to see the final episode? Similarly, I am not downloading Kore wa Zombie desu ka?, Level E or Gosick since they are on Crunchyroll. This has also been frustrating. I get very tired of playback stopping every 45 seconds while the buffer reloads.

This illustrates two reasons why streaming is the least desirable way of making anime available. I really do want the videos on my computer or on DVD so they will always be readily available, regardless of the whims of the licensors or the vagaries of internet traffic.

Just wondering: was there some sort of big sports event this past weekend? The “Stuporbowl,” I think somebody called it.

Humor and horror are closely related, as anyone who has read Saki or followed Akiyuki Shinbo’s career knows. Or who follows politics. Both are responses to the perception that something isn’t quite right. Consequently, abrupt shifts in tone from comic to horrific to WTF? in shows like Kore wa Zombie desu ka? or Level E rarely bother me. Both series remain on my watch list.

Gosick, however, I am dropping. Victorique is too abrasive to be sympathetic, even if she is literally a prisoner of the library, and the perpetually flustered Kujo is not a good foil for her. The mysteries aren’t interesting enough to compensate for the lack of chemistry between the characters. ((It’s a bad sign when I know the solution to a “locked room” mystery before the writer finishes presenting the problem.))

(Via the other Steven.)

1. We believe that Pantu Baba, the Vile, the Irascible, the Arbitrary, eternal and almighty god of all that is was or ever shall be, has created all things in a fit of pique. Which explains Detroit. And Comcast.

It does make more sense than Scientology.

This post is brought to you by the letter “I.”

(Via Zontar the Enormous.)

That other dealer is holding a “bargain bin blowout.” It’s mostly junk, of course, but there are complete sets of some worthy anime available for very reasonable prices, including Bottle Fairy, Divergence Eve and Misaki Chronicles, Haibane Renmei, Serial Experiments Lain, Shingu (including a t-shirt), Someday’s Dreamers and Sugar, a Tiny Snow Fairy. There’s also some Miles Davis.

So Sailor Moon is girl stuff? Check the results of this poll. 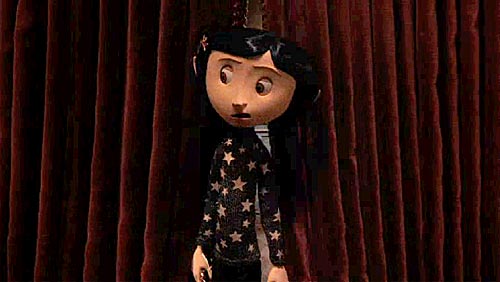 Not anime, but worth a look for anyone with an interest in Neil Gaiman or knitting. (The key is “sweaterxxs.”)

Update: Here are some more keys. “moustachio,” an example of live-action stop-motion animation, is my favorite of the bunch, though it has nothing directly to do with the movie.

And now for something almost, but not quite, completely unrelated: Snape paper dolls.

Update II: And now for something that is completely different: a WordPress plugin that I might install late in the evening next March 31.

Update: Here are some more keys. “moustachio” is my favorite of the bunch, though it has nothing directly to do with the movie.
buttoneyes
stopmotion
moustachio
puppetlove
armpithair