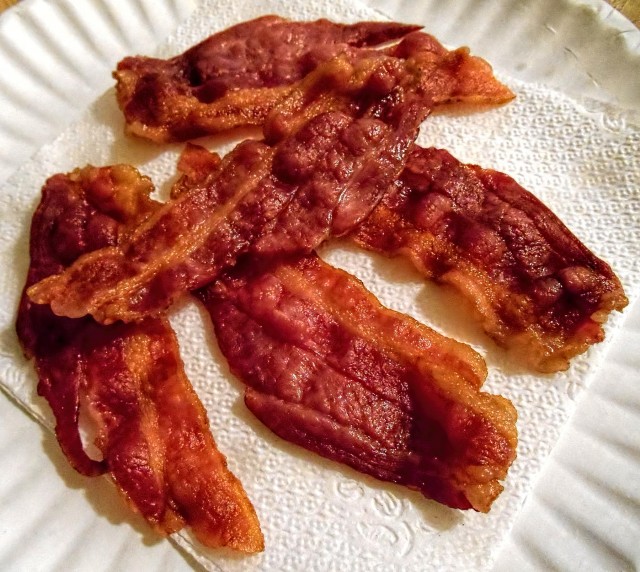 For more bacon, see the Brickmuppet. 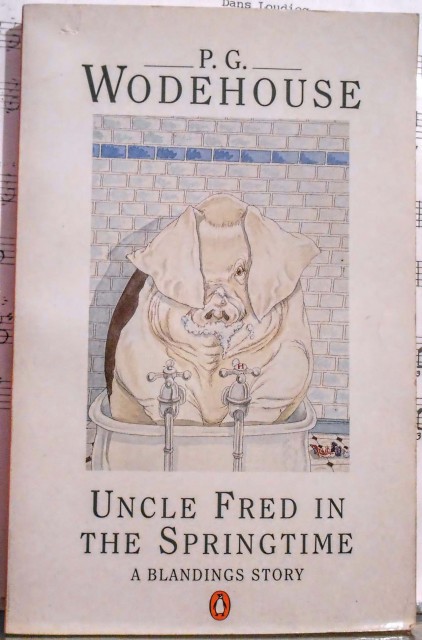 Any study of the importance of the pig in civilization must mention the Empress of Blandings.

A bit of high culture, courtesy of the Muppets. 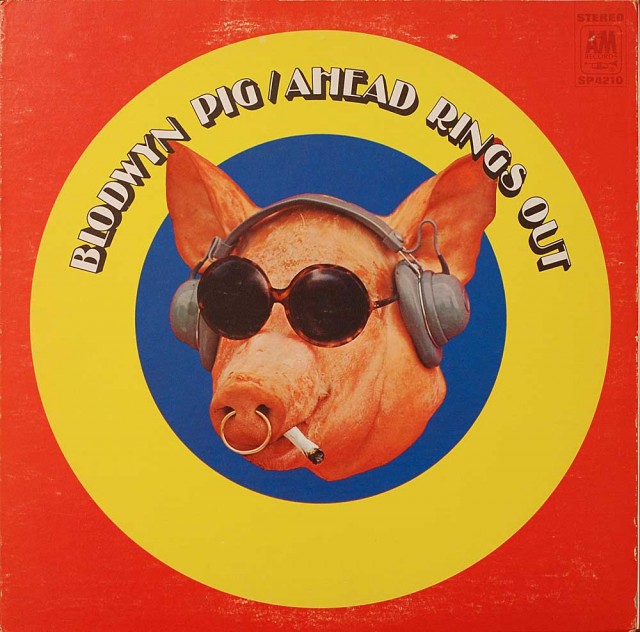 A couple of old favorites by Blodwyn Pig, the band guitarist Mick Abrahams formed after his departure from Jethro Tull. Jack Lancaster plays saxes, plural and often simultaneously. The bass and drums are by Andy Pyle and Ron Berg.

Editor’s note: An old essay, but timely once again.

MANKIND, says a Chinese manuscript, which my friend M. was obliging enough to read and explain to me, for the first seventy thousand ages ate their meat raw, clawing or biting it from the living animal, just as they do in Abyssinia to this day. This period is not obscurely hinted at by their great Confucius in the second chapter of his Mundane Mutations, where he designates a kind of golden age by the term Cho-fang, literally the Cooks’ holiday. The manuscript goes on to say, that the art of roasting, or rather broiling (which I take to be the elder brother) was accidentally discovered in the manner following. The swine-herd, Ho-ti, having gone out into the woods one morning, as his manner was, to collect mast for his hogs, left his cottage in the care of his eldest son Bo-bo, a great lubberly boy, who being fond of playing with fire, as younkers of his age commonly are, let some sparks escape into a bundle of straw, which kindling quickly, spread the conflagration over every part of their poor mansion, till it was reduced to ashes. Together with the cottage (a sorry antediluvian make-shift of a building, you may think it), what was of much more importance, a fine litter of new-farrowed pigs, no less than nine in number, perished. China pigs have been esteemed a luxury all over the east from the remotest periods that we read of. Bo-bo was in the utmost consternation, as you may think, not so much for the sake of the tenement, which his father and he could easily build up again with a few dry branches, and the labour of an hour or two, at any time, as for the loss of the pigs. While he was thinking what he should say to his father, and wringing his hands over the smoking remnants of one of those untimely sufferers, an odour assailed his nostrils, unlike any scent which he had before experienced. What could it proceed from ? — not from the burnt cottage — he had smelt that smell before — indeed this was by no means the first accident of the kind which had occurred through the negligence of this unlucky young fire-brand. Much less did it resemble that of any known herb, weed, or flower. A premonitory moistening at the same time overflowed his nether lip. He knew not what to think. He next stooped down to feel the pig, if there were any signs of life in it. He burnt his fingers, and to cool them he applied them in his booby fashion to his mouth. Some of the crums of the scorched skin had come away with his fingers, and for the first time in his life (in the world’s life indeed, for before him no man had known it) he tasted — crackling! Again he felt and fumbled at the pig. It did not burn him so much now, still he licked his fingers from a sort of habit. The truth at length broke into his slow understanding, that it was the pig that smelt so, and the pig that tasted so delicious; and, surrendering himself up to the new-born pleasure, he fell to tearing up whole handfuls of the scorched skin with the flesh next it, and was cramming it down his throat in his beastly fashion, when his sire entered amid the smoking rafters, armed with retributory cudgel, and finding how affairs stood, began to rain blows upon the young rogue’s shoulders, as thick as hail-stones, which Bo-bo heeded not any more than if they had been flies. The tickling pleasure, which he experienced in his lower regions, had rendered him quite callous to any inconveniences he might feel in those remote quarters. His father might lay on but he could not beat him from his pig, till he had fairly made an end of it, when, becoming a little more sensible of his situation, something like the following dialogue ensued.

“O father, the pig, the pig, do come and taste how nice the burnt pig eats.”

The ears of Ho-ti tingled with horror. He cursed his son, and he cursed himself that ever he should beget a son that should eat burnt pig.

Bo-bo, whose scent was wonderfully sharpened since morning, soon raked out another pig, and fairly rending it asunder, thrust the lesser half by main force into the fists of Ho-ti, still shouting out “Eat, eat, eat the burnt pig, father, only taste — O Lord,” — with such-like barbarous ejaculations, cramming all the while as if he would choke.

Ho-ti trembled every joint while he grasped the abominable thing, wavering whether he should not put his son to death for an unnatural young monster, when the crackling scorching his fingers, as it had done his son’s, and applying the same remedy to them, he in his turn tasted some of its flavour, which, make what sour mouths he would for a pretence, proved not altogether displeasing to him. In conclusion (for the manuscript here is a little tedious) both father and son fairly sat down to the mess, and never left off till they had despatched all that remained of the litter.