I’ve been blogging for nearly nine years — the anniversary of the launch of my first weblog is a week from Saturday — and I long ago realized that I’ll never get a million hits in a year, or ever. I am not interested in blogwhoring, I’m too contemptuous of politicians to care about their blather and posturing, and I dislike making unnecessary enemies.

One thing I can do, though, is post pictures of pretty girls. Conveniently, Richard’s anime magazines are a rich source of such. Here’s another batch of scans. These are from two editions of a “New Video Magazine,” one from 1986 and the other from 1991. Both are similar in format to Vversion, which I looked at previously, so this time I’m focusing mostly on the cheesecake. 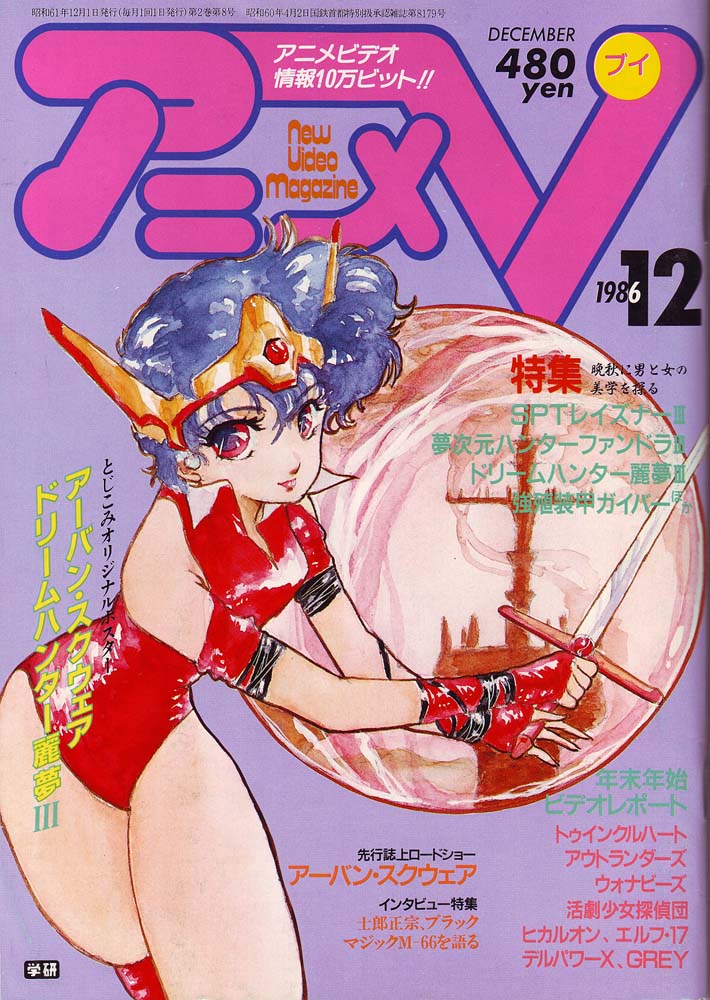 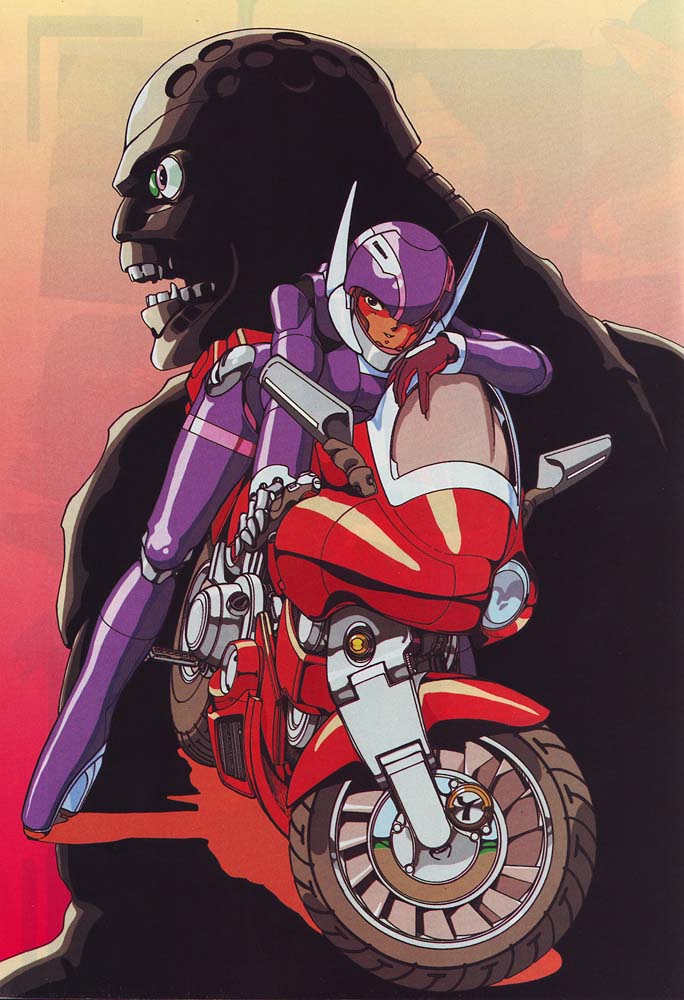 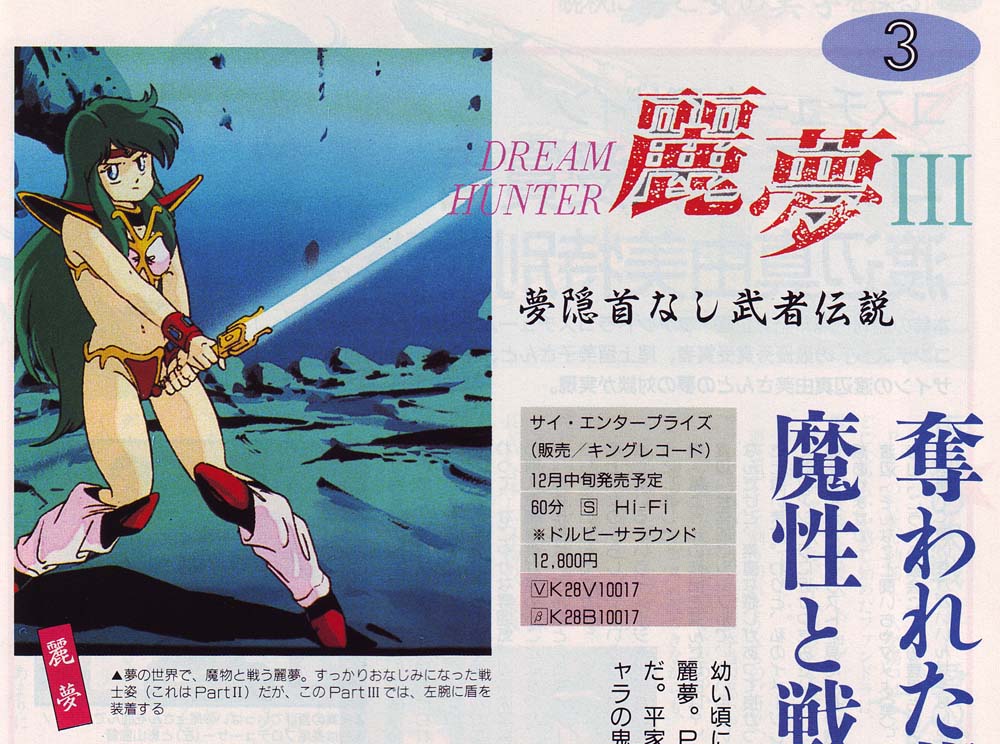 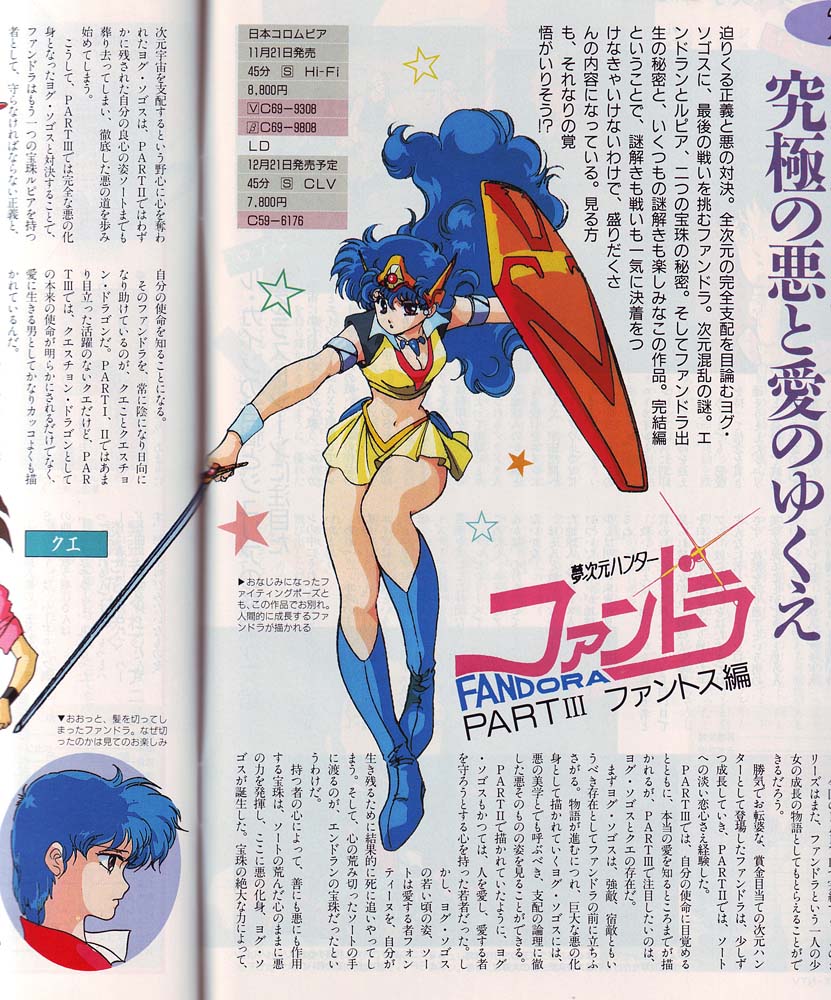 Yet another creation of anime’s weird uncle, Go Nagai. 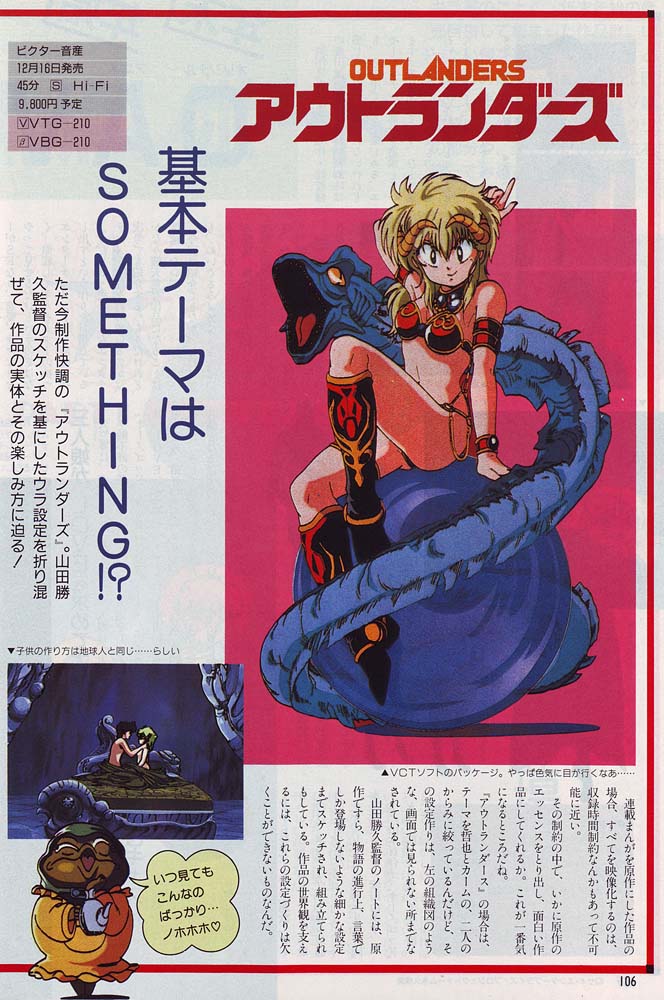 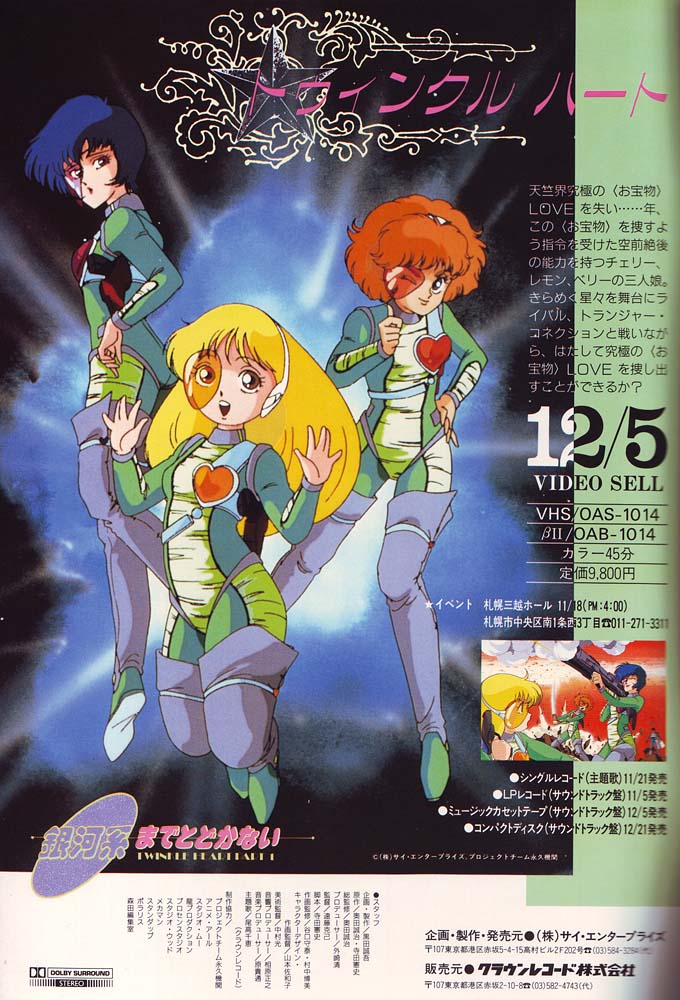 Twinkle Heart was created by Seiji Okuda, who also was responsible for Dream Hunter Rem. He subsequently was involved in many noteworthy anime, including recently Summer Wars and Arrietty. As far as I can tell, no one has ever bothered translating Twinkle Heart. I suspect we haven’t missed much. 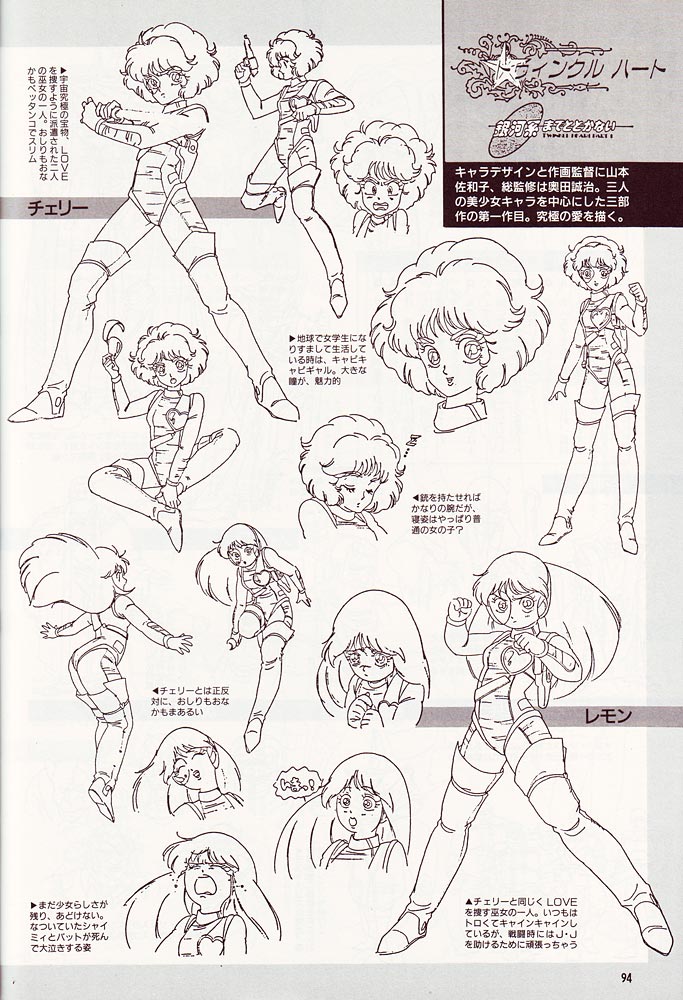 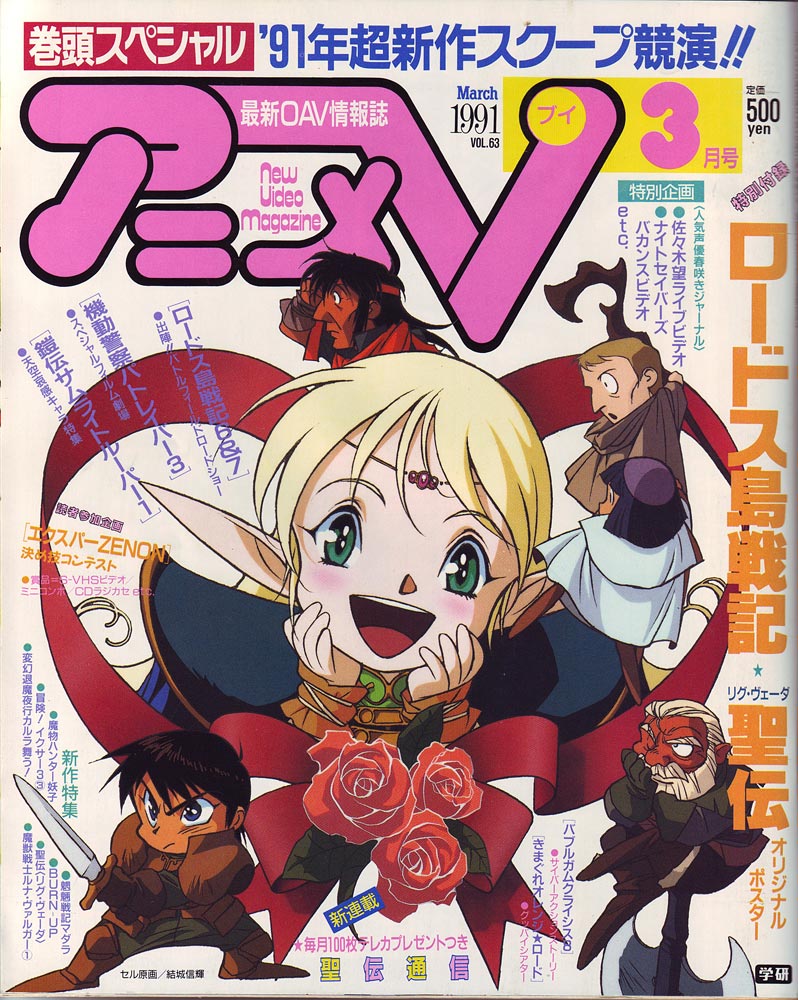 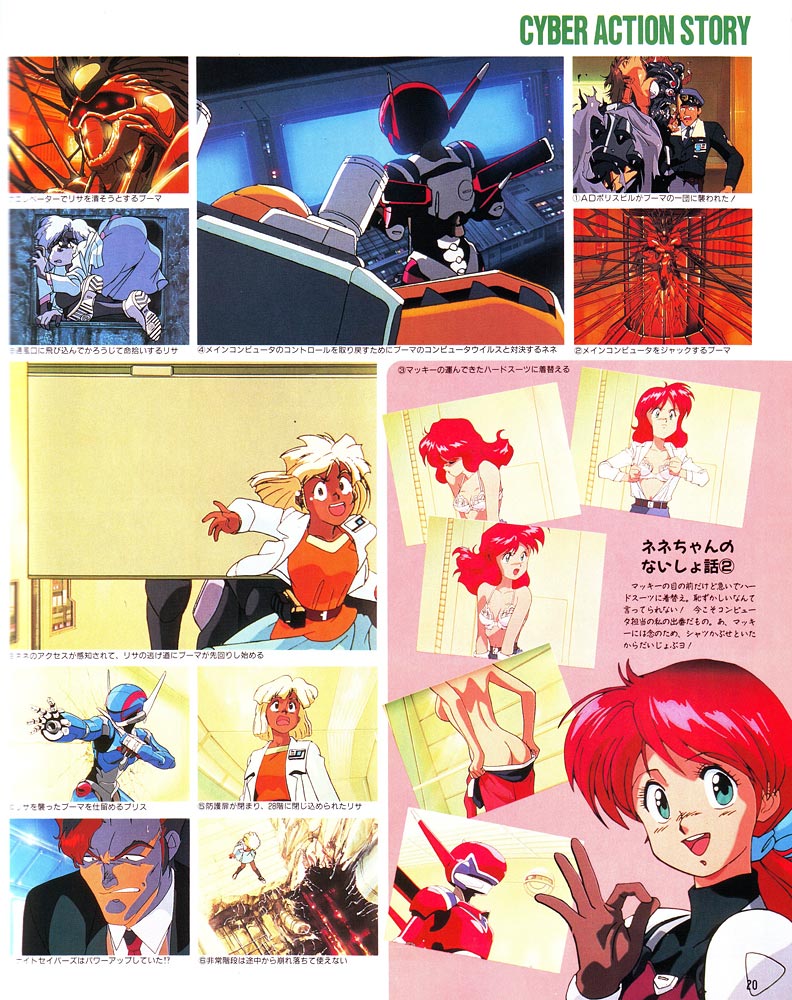 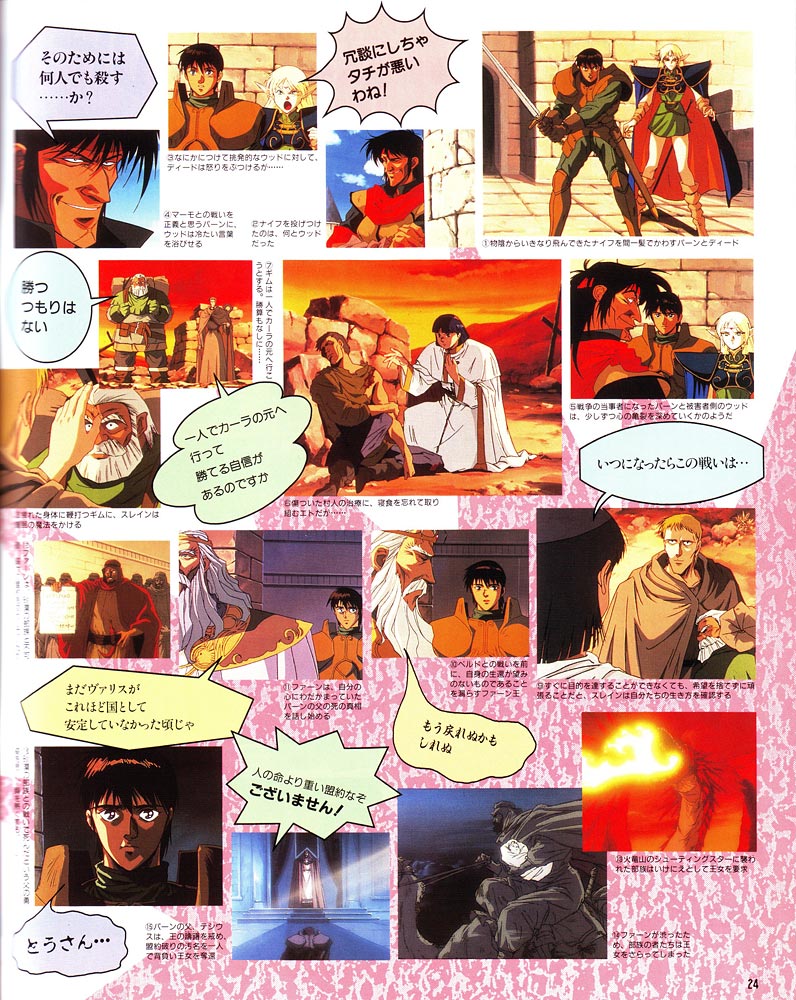 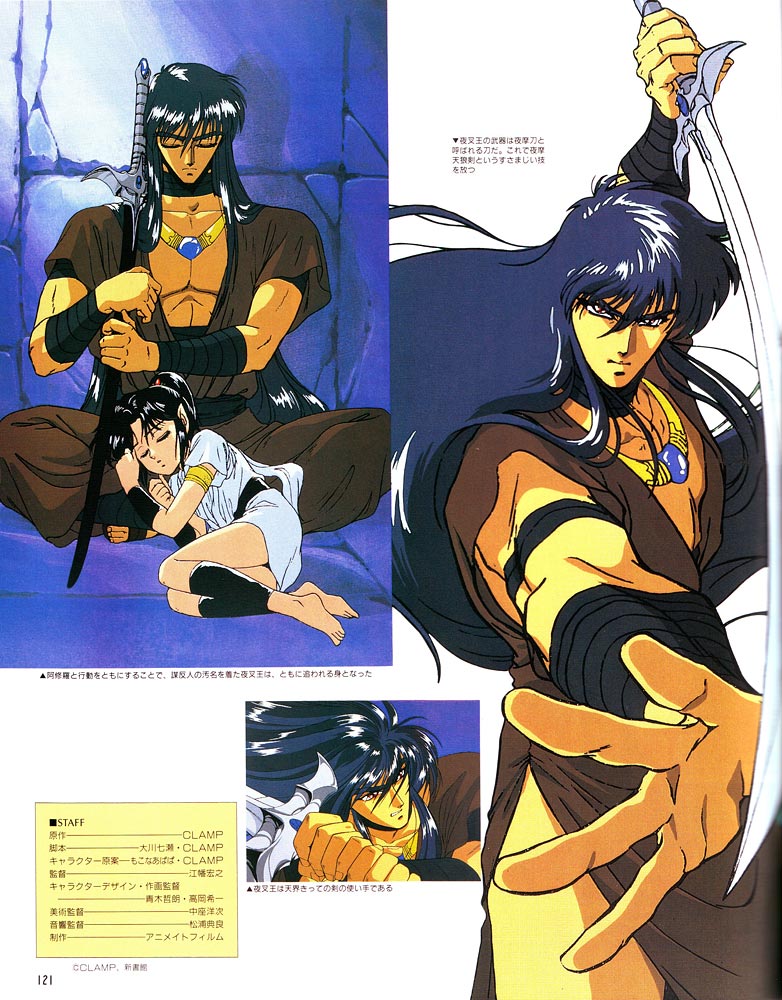 RG Veda was CLAMP’s first published manga, and probably the first made into an anime. 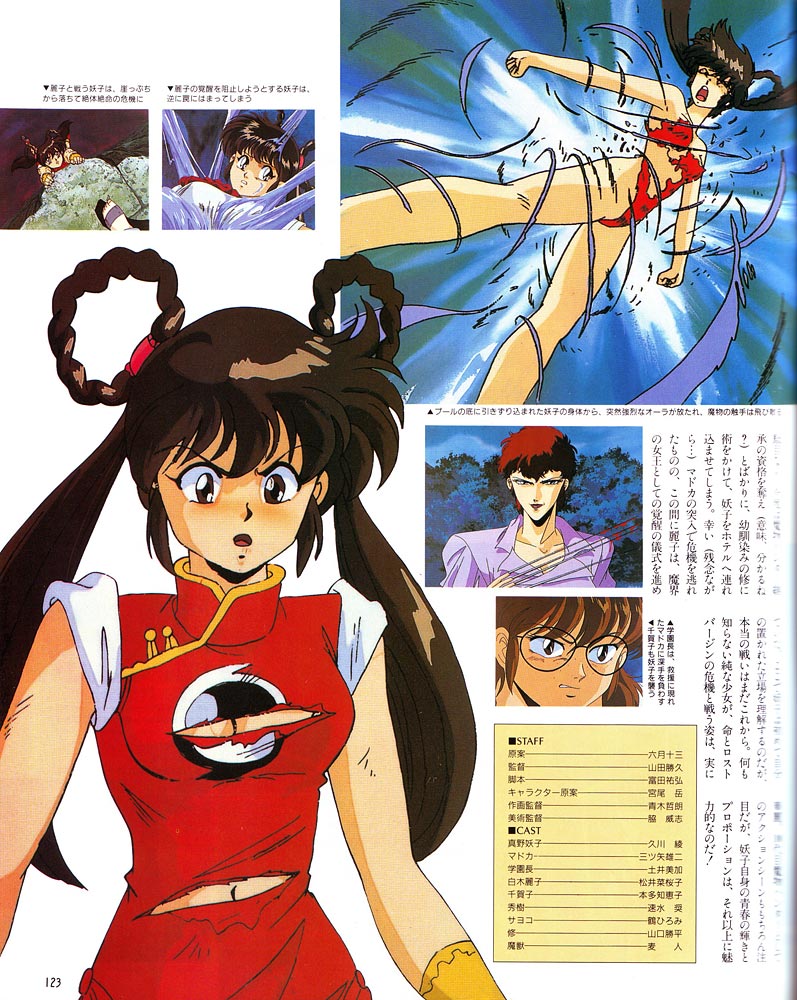 Devil Hunter Yohko, again. The 1991 edition of the magazine was noticeably more risqué than the 1986.

I don’t recognize any of the following. 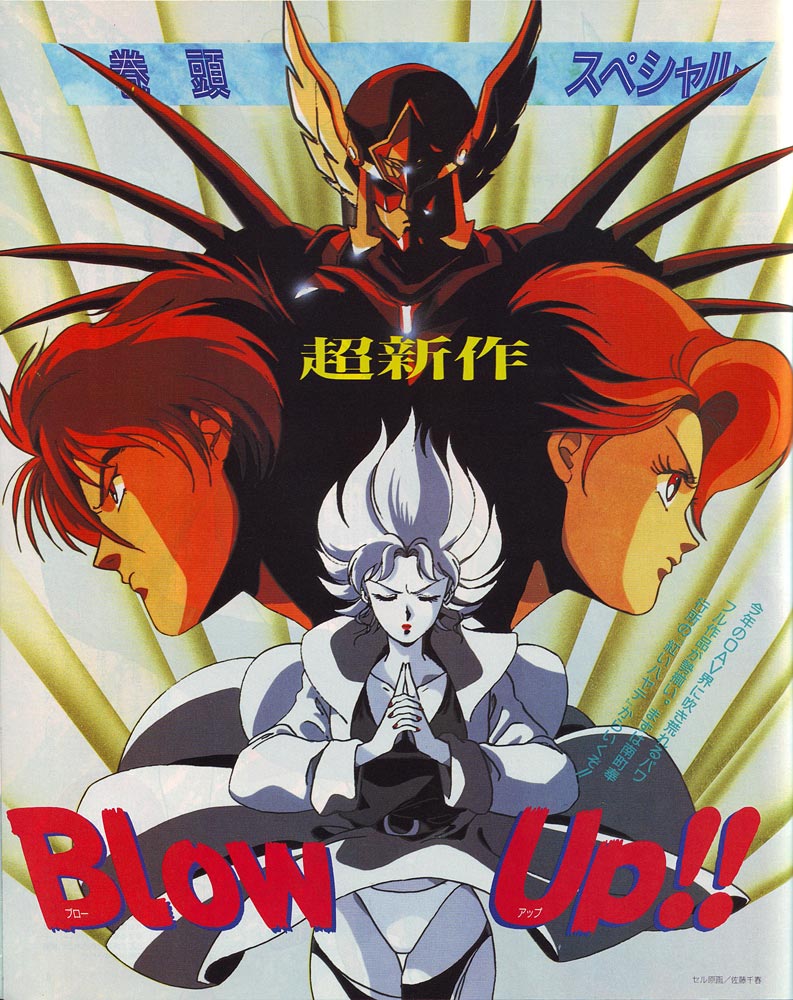 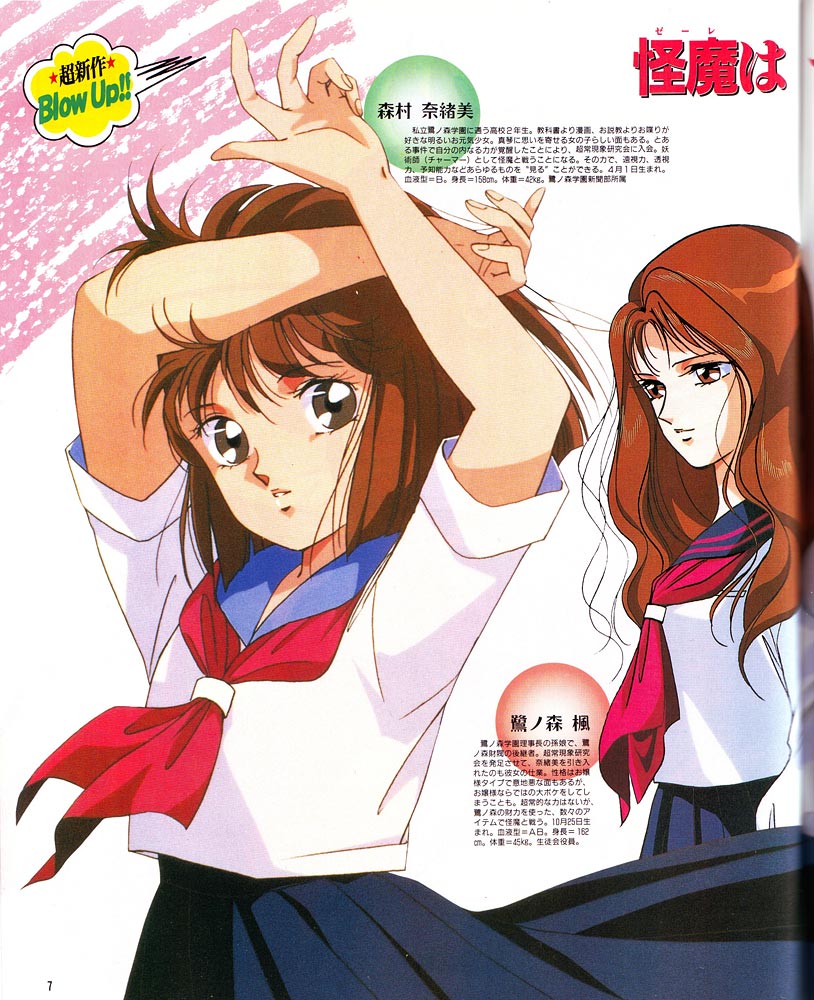 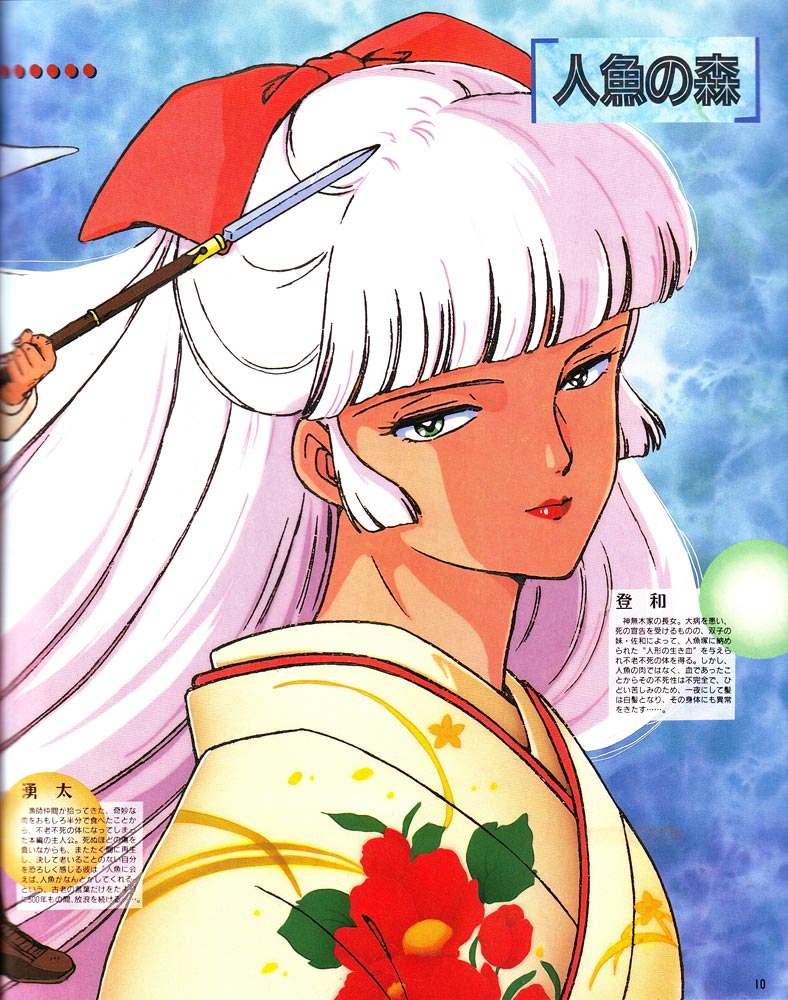 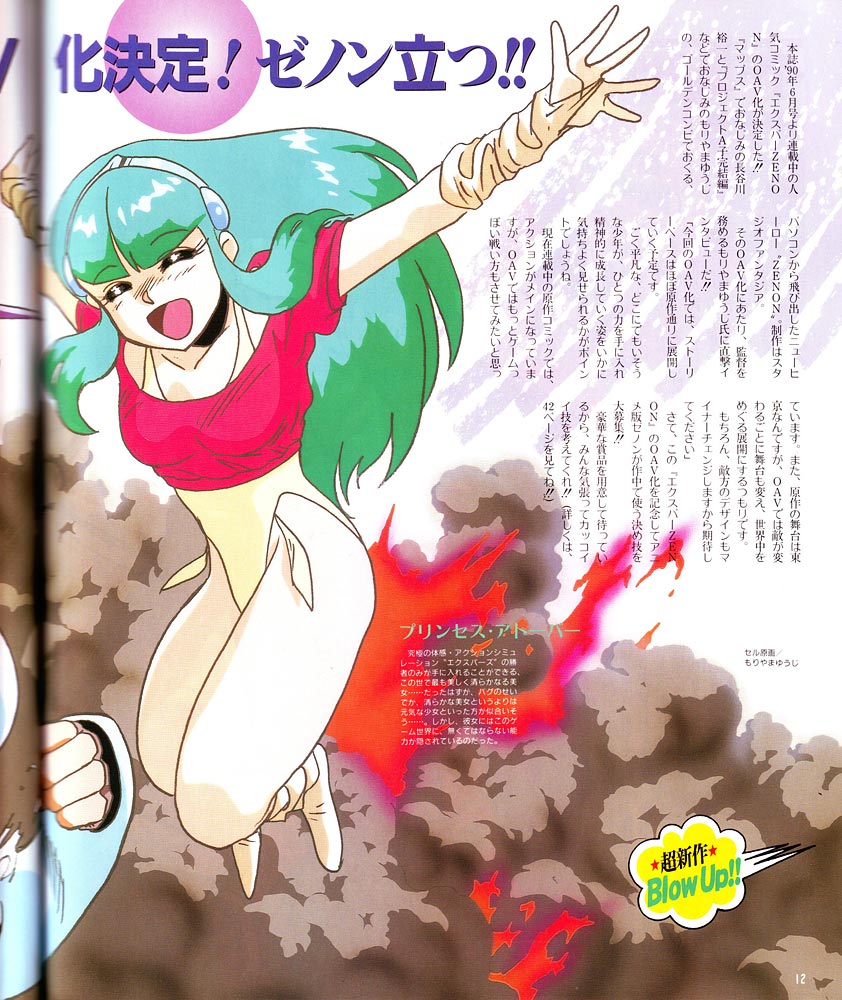 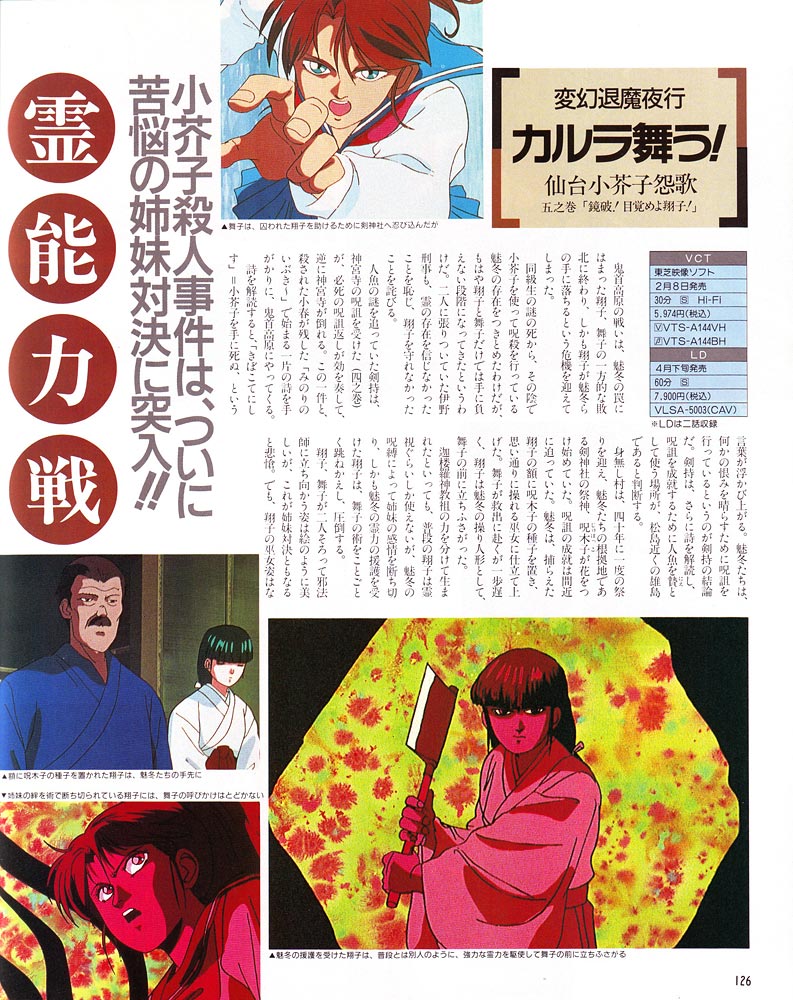 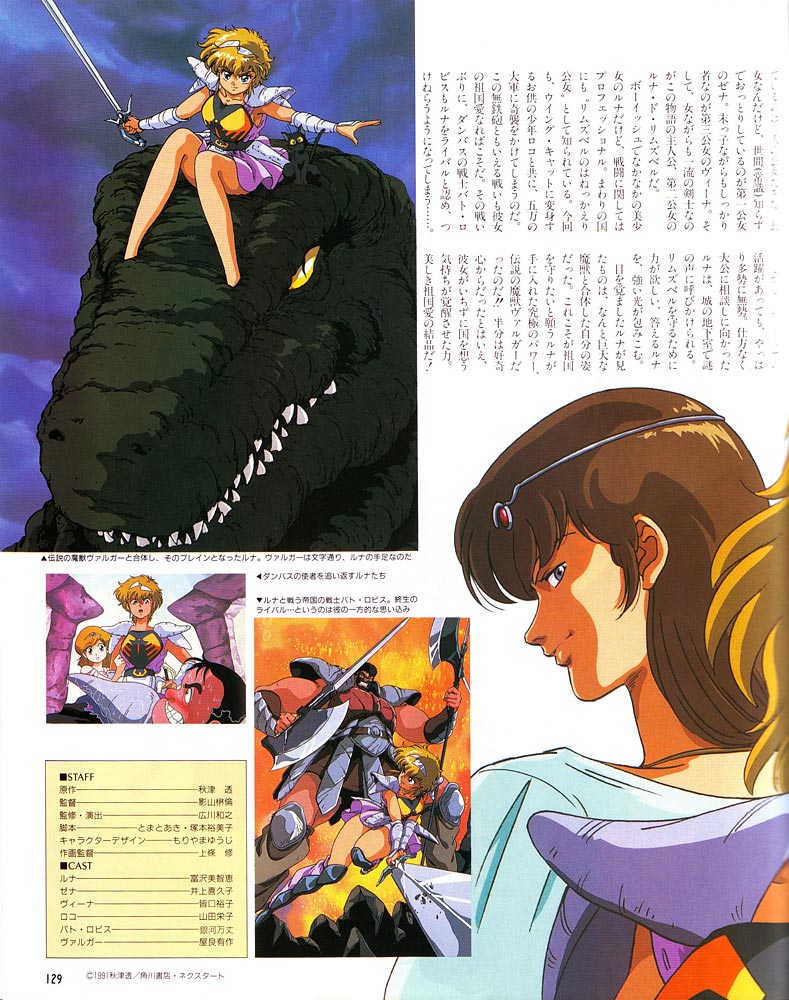